In 2010 and 2011, the Liverpool, England native coached the Philadelphia Independence of Women’s Professional Soccer to back-to-back championship game appearances. With a 26-16-3 record in his two years with the team, Riley was named the WPS Coach of the Year in 2010 and 2011.

Before the Independence, Riley coached the Long Island Fury (WPSL) to a league Championship in 2006 and 2009, earning him the WPSL Coach of the Year Award in 2009. The team was Eastern Conference Champions four years in a row under his leadership and went 48-6-8.

Riley coached collegiately for CW Post from 1991-1997 and was awarded New York Regional Coach of the Year in 1991. With a 98-48-11 overall record, Riley was NYCAC Coach of the Year five times. He then moved on to coach the Long Island Rough Riders (USISL, USL D3 Pro), where he won the league championship in 2002.

His own professional playing career began in the United States where he played for the Long Island Rough Riders, Albany Capitals, New Jersey Eagles, Glen Cove, Hercules, and New York Atlas. He is the all-time leading assister for the Rough Riders.

The California native played collegiately at Bowling Green University, where he made 85 starts as the team’s goalkeeper and was a member of the 1995 and 1996 teams that advanced to the Sweet Sixteen round of the NCAA Championship.

After his collegiate career, Vallow went on to have a successful career with the Rochester Rhinos. There, Vallow brought the team to the 2000 Championship, and he was also named the A-League Goalkeeper of the Year. Overall, Vallow made 167 appearances with the team as he was there from 2000-2002 and 2005-2010.

Vallow started his coaching career in 2011 after he retired from his playing days with the Raging Rhinos. He joined the coaching staff of the Flash and remained there until 2013. Next, he returned to the Rhinos, this time as an assistant coach, for the 2014 season.

In 2015, Vallow was an assistant coach with Portland Thorns FC before returning to the Flash for the 2016 season. He followed head coach Paul Riley to the North Carolina Courage when the Flash relocated.

Nahas brings 14 years of experience with Capital Area Soccer League (now North Carolina FC Youth) to the NC Courage. In addition to being an assistant coach for the NC Courage, Nahas is a coach for the NC Courage Academy. He has held several leadership positions with CASL including Director of Girls Classic Soccer, ECNL Director, and Director of CASL Player Development. As ECNL Director, he helped CASL reach its highest ranking in USYS of No.7 nationally in 2010-2011. Nahas also has valuable US National Team coaching experience including assistant coaching positions with the U20 USWNT and U14 Youth National Team and serving as a US National Team Youth Scout. Nahas was a member of the coaching staff that lead the NC Courage to their first NWSL Championship in 2018 and another 2019.

Thackeray started his coaching career in 2011 after playing with England’s Bradford City from 2003-2006 and William Woods University from 2006-2010. He worked with Young Harris College in Georgia, and then became the Head of Goalkeeping at the Houston Dynamo Academy in 2012. Thackeray is a USSF licensed coach. He was a member of the 2018 and 2019 NWSL Championship coaching staff. 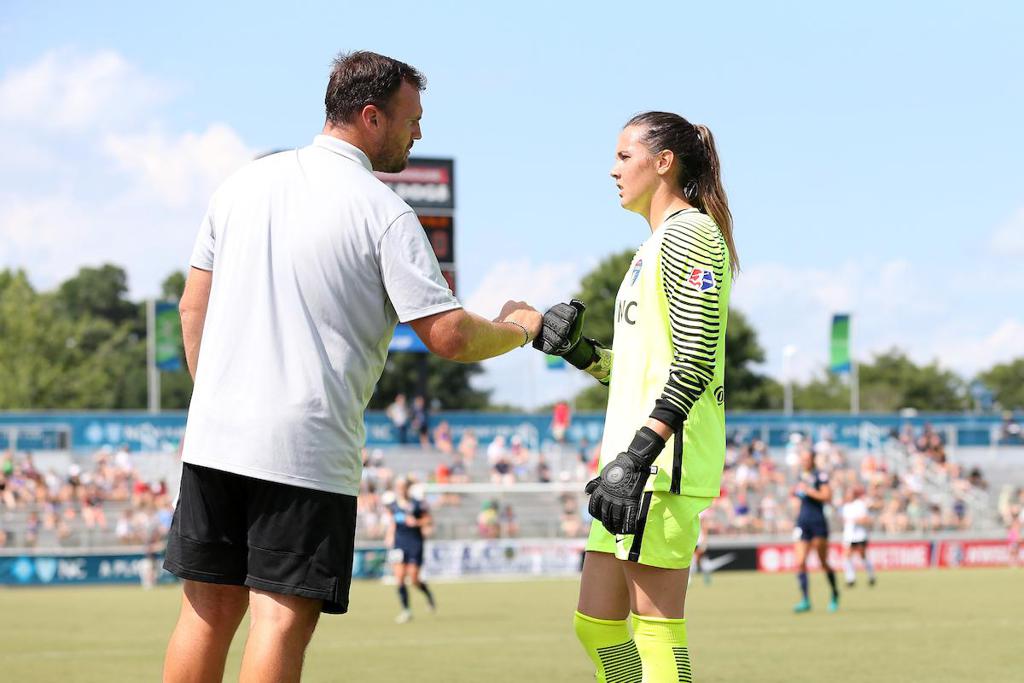 Palladino, a long-time chief assistant coach to the University of North Carolina women’s soccer team, joined the NC Courage coaching staff in 2017. In 37 years with the Tar Heels, Palladino helped Anson Dorrance lead UNC to 22 national titles, which is more than every other school in the country combined. Palladino was awarded the Glenn “Mooch” Myernick Award as the national assistant coach of the year by the National Soccer Coaches Association of America following the 2012 season and was the key defensive mind behind the 1987 UNC team that allowed only two goals during the regular season.

Originally from Nottinghamshire, England, Thomson grew up playing for Doncaster Belles in the FA Women’s Premier league (highest level in the UK at that time). She represented England at the youth levels before attending university in the states. A four-year starter and two-year captain for Penn State women's soccer, Thomson helped the Nittany Lions to four NCAA Tournament appearances, collecting four Big Ten Championships and one Big Ten Tournament Championship. The 2011 PSU Defender of the Year, Thomson was tabbed Academic All-Big Ten in 2009 and 2010. Thomson played professionally with the Boston Breakers and Doncaster Rovers Belles (UK) following graduation from 2012-13. Thomson earned a Bachelor of Science degree in Kinesiology from Penn State in 2012, before her Masters in Sports Management from St. John's in 2015. She served as graduate assistant with the women’s soccer team for two years. Her most recent roles have been with George Mason University, where she served at the Assistant Women’s Soccer Coach, and FC Virginia as a Development Academy Staff Coach and Operations Coordinator. She is currently on staff as a Girls ENCL full time staff coach with NCFC Youth.

Since 2017 Naimo has served as Technical Advisor for the North Carolina Courage where he assists with scouting and roster development for the club. Previously he served as Technical Director for the NWSL’s Western New York Flash from 2014-2016, helping form the backbone of their 2016 Championship season by drafting future U.S. National Team players Abby Dahlkemper, Samantha Mewis, Lynn Williams, and Jaelene Hinkle. In addition to serving as the LA Sol General Manager from 2008-2009 and as a Technical Advisor for the Chicago Red Stars in 2010, Naimo was a decorated coach with several W-League teams from 1995-2014, where his impressive accolades include: the most wins in league history as a Head Coach, three-time National Coach of the Year, five-time league champion, two Organization of the Year awards, one USL Progress award, and, in 2012, was named the W-League Executive of the Year and inducted into the USL Hall of Fame. 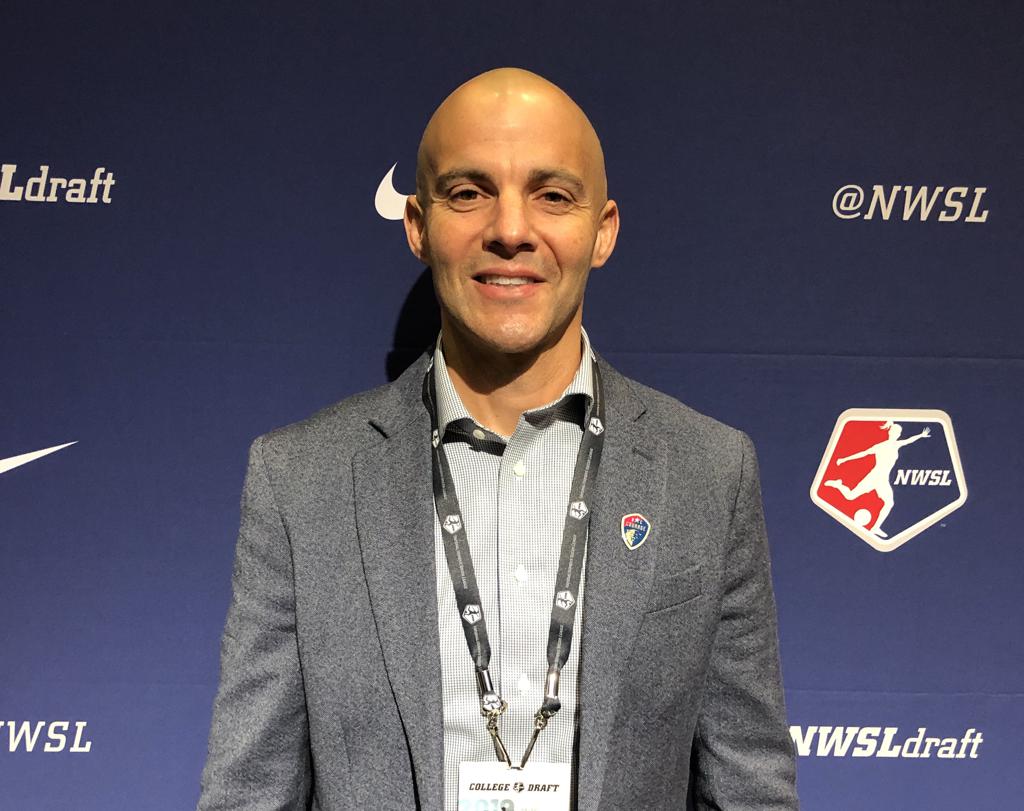 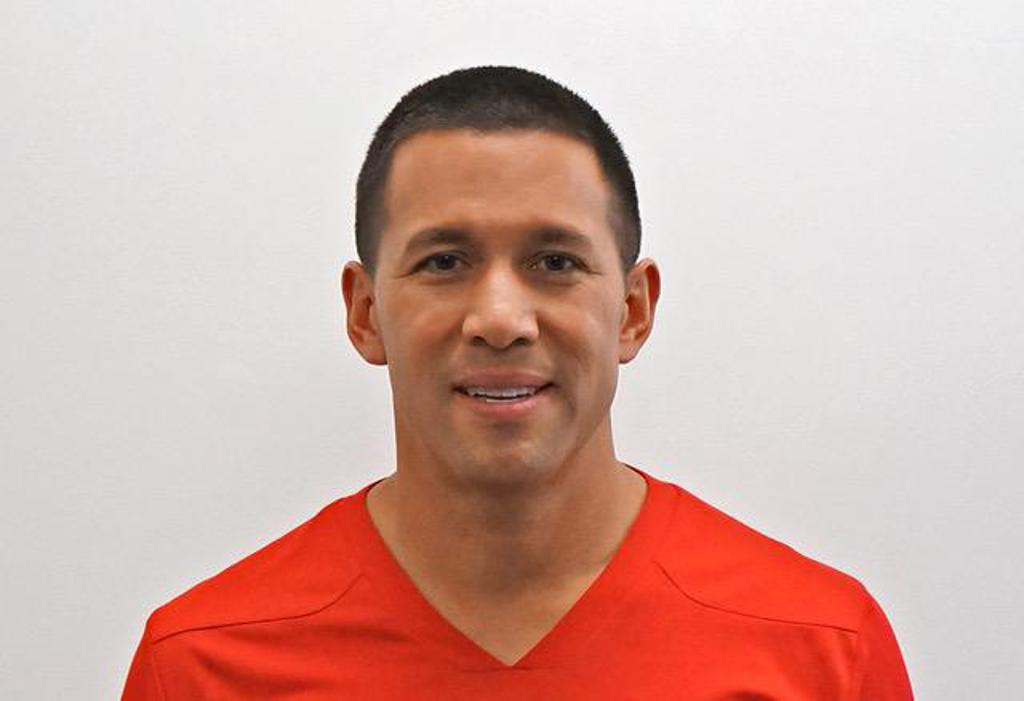 In his role as Performance Director for the North Carolina Courage and the North Carolina FC professional teams, Mike Young directs the athletic development and sports science for the club. Young is the owner of Athletic Lab sports performance training center and has served as the Performance Director or Strength & Conditioning coach for 4 professional soccer clubs. Young regularly consults for some of the top sports teams in the world including the US Women's National Team, 4 World Cup Rugby teams and 4 Premier League Soccer clubs.

Greg has served as an assistant strength coach for the North Carolina Courage and North Carolina FC since 2017. Greg attended the University of Pittsburgh where he earned both his BS in Exercise Science and MS in Health and Fitness. Greg is recognized as a Certified Strength and Conditioning Specialist (CSCS) by the National Strength and Conditioning Association and a Level 1 Coach by USA Track & Field. 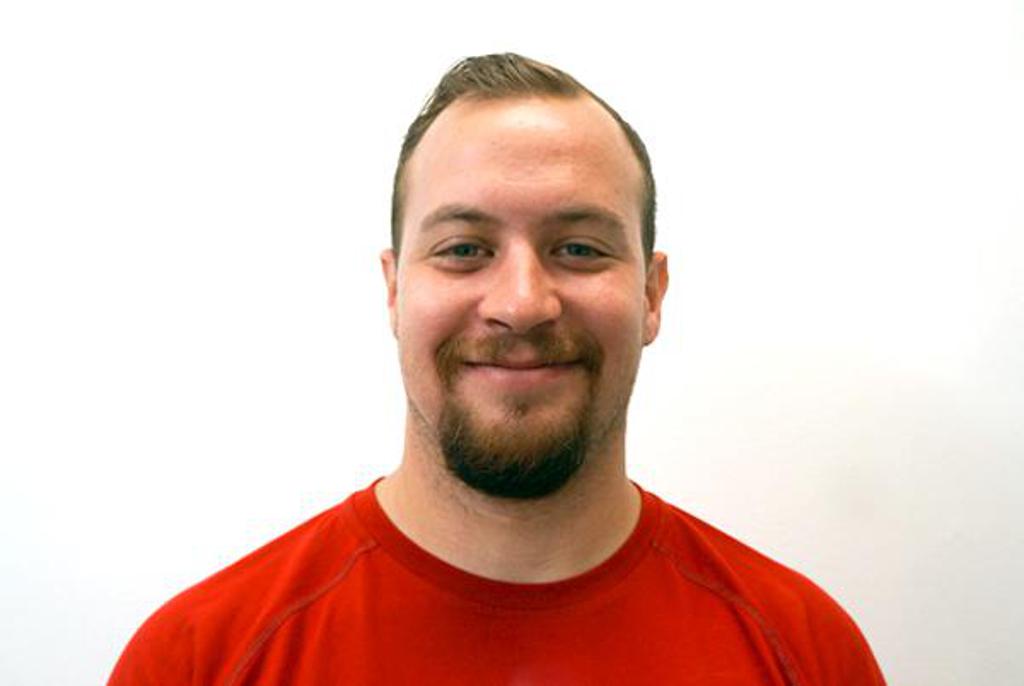 Austin has served as a sport scientist and assistant strength coach for the North Carolina Courage since 2018. Austin is recognized by the National Strength & Conditioning Association (NSCA) as a Certified Strength & Conditioning Specialist (CSCS), a Level 1 Sports Performance Coach from USA Weightlifting, a Certified Personal Trainer (CPT) from the National Academy of Sports Medicine (NASM), and has earned his Track & Field Technical Certification from USTFCCCA.