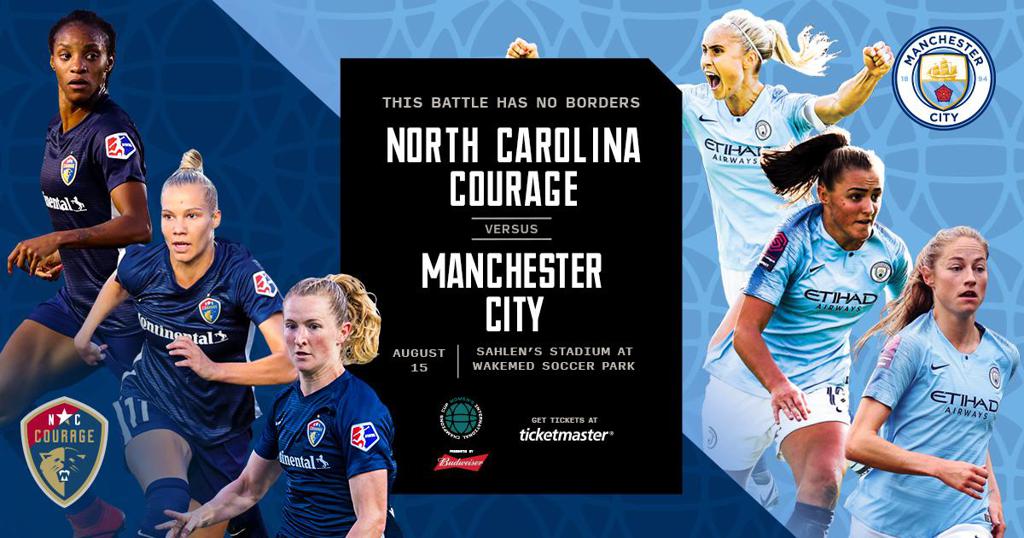 Atlético Madrid will open the Tournament against Olympique Lyonnais  followed by The NC Courage vs Manchester City.

Cary, NC (April 25, 2019)- Matchups for the 2019 Women’s International Champions Cup were announced today. The tournament will open with five-time Champions League champion Olyimpique Lyonnais taking on Atlético Madrid at 5 p.m. on Thursday, August 15 at Sahlen’s Stadium at WakeMed Soccer Park. The match will be followed by the reigning Women’s ICC and 2018 NWSL champions NC Courage taking on Manchester City at 7:30 p.m.

The winners of each game will face off in the 2019 Women’s ICC final on Sunday, August 18 at 7:30 p.m. That game will be preceded by the third-place match between the two semifinal losers at 5 p.m.

Tickets for the 2019 Women’s ICC at Sahlen’s Stadium at WakeMed Soccer park go on sale Friday, April 26 at 10 a.m. and can be found at Ticketmaster.com.

Tickets will also be available for purchase at the special event in Downtown Raleigh’s Union Station Plaza tonight, Thursday, April 25 from 5:30 to 7:30. The event will be the official local launch of the Women’s ICC and a celebration of the North Carolina Courage.