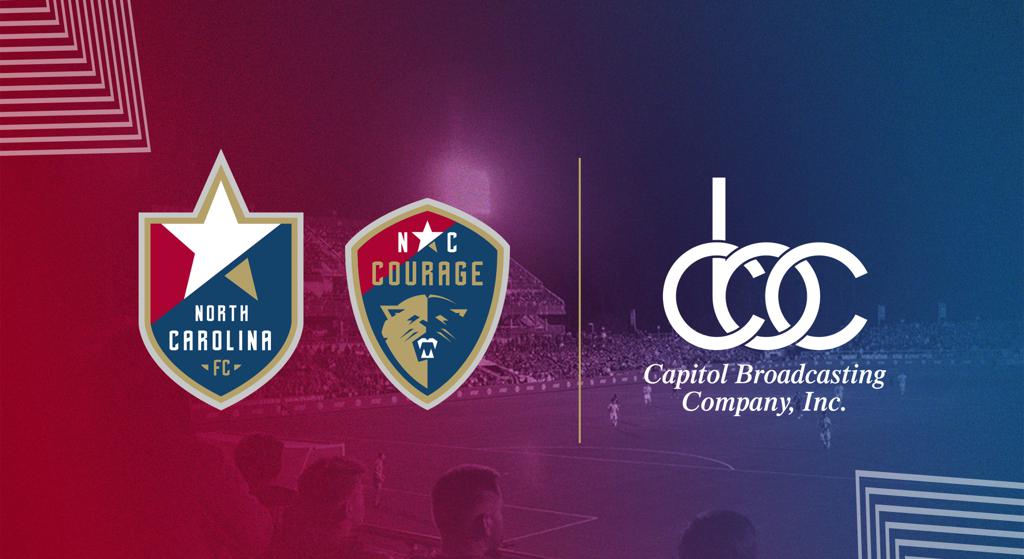 “We are grateful for the continued support of our longtime partner, Capitol Broadcasting Company, carrying our games for the eighth consecutive year,” said North Carolina Football Club President and GM Curt Johnson. “2019 is a massive year for our sport, both locally and nationally, and this broadcast schedule, and partnership with CBC, is a key ingredient as we work to make our games available to the broadest audience possible.”

This year 22 North Carolina FC and NC Courage home or away matches will be broadcast on either WRAL2 or FOX50, starting with this week’s NCFC game at Tampa Bay Rowdies, which will be carried on WRAL2 this Saturday, June 8, at 7:30 p.m.

Two NCFC matches will be broadcast on FOX50 starting with the Fourth of July match against Charlotte Independence on Thursday, July 4, at 7:30 p.m. For the occasion, FOX 50 will also broadcast the postgame fireworks show from Sahlen’s Stadium at WakeMed Soccer Park. NCFC will be back on network television on FOX50 on Saturday, August 24, as the team visits Louisville City FC at 3 p.m.

“We are thrilled to once again be the broadcast home for the North Carolina Football Club and look forward to watching outstanding soccer on both WRAL2 and FOX 50 this season. This year, we are especially pleased that FOX 50 will be the home for the 2019 FIFA Women’s World Cup and share in coverage for the NCFC.  It’s an outstanding community partnership,” said Joel Davis, Vice President & General Manager, WRAL-TV/FOX 50.

Dean Linke is set to return for his 13th consecutive year as the Voice of the North Carolina Football Club, providing his engaging play-by-play style to the broadcasts. He will be joined in the booth by 2005 Mac Hermann Trophy winner and 2008 MLS Cup Champion Jason Garey as the primary color commentator for NCFC while former Virginia Tech midfielder and longtime NWSL analyst Morgan Conklin will provide color for NC Courage games.