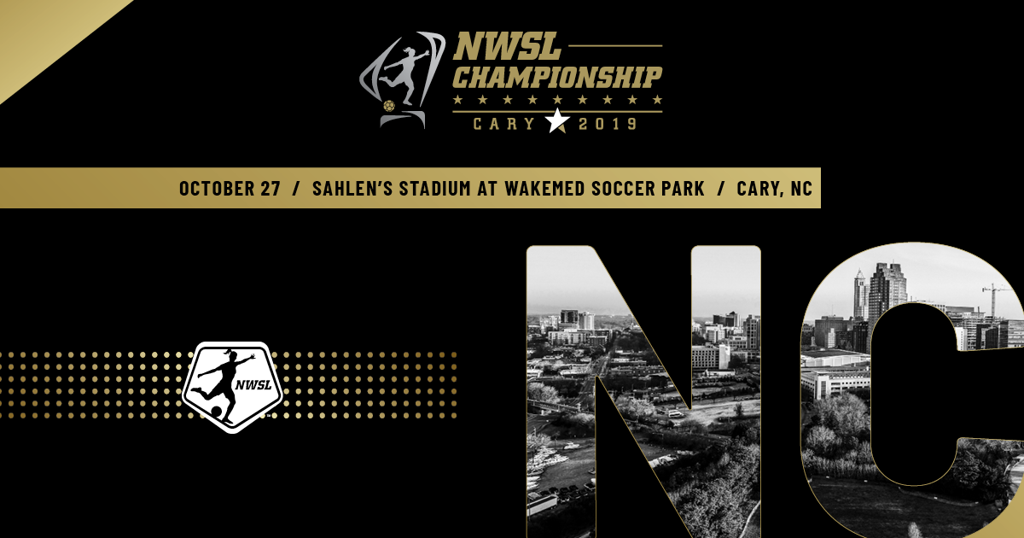 "We are excited to bring the 2019 NWSL Championship to the home of the 2018 NWSL champions and give their passionate fans a chance to be a part of this exciting event," said NWSL President Amanda Duffy. “Sahlen’s Stadium at WakeMed Soccer Park will provide a wonderful atmosphere and the Triangle area has such a rich soccer history which is wonderful to add to in celebrating the culmination of the 2019 season.”

This year will mark Sahlen’s Stadium at WakeMed Soccer Park’s first year as host of the Championship event, but the stadium previously hosted one NWSL playoff game, during which the crowd of 10,017 set a record in the club’s first season of play.  Since the stadium’s opening in 2002, it has also hosted numerous Concacaf, U.S. women’s and men’s national team, and professional league and team tournaments and events, most recently hosting the 2018 Concacaf Women’s Championship as part of the 2019 FIFA Women’s World Cup Qualifiers.

“We are thrilled to host the 2019 NWSL Championship,” said Curt Johnson, President and General Manager, North Carolina Football Club, which operates the North Carolina Courage. “Sahlen’s Stadium has hosted several top-level events throughout the years, including United States Women’s and Men’s National Team games, and the NWSL Championship is the marquee event for our league. This is a fantastic year for women’s soccer on a local, national and international level, and we are excited to be able to showcase the best players in the world and crown the NWSL champion.”

Tickets go on sale to the public on Monday, July 8, at 8 a.m. ET / 5 a.m. PT. Fans will be able to purchase tickets by calling the Coastal Credit Union Box Office at (919) 459-8144 or online at  www.NCCourage.com. North Carolina Courage season ticket holders will have access to an exclusive presale beginning Monday, July 1, with details to be emailed to season ticket holders later this month. Tickets will be held for fans of both participating teams and be made available once the teams are set.

At the conclusion of the NWSL season, the top four teams in the standings qualify for the playoffs with the higher-seeded teams hosting the semifinal matches on October 20. The 2019 NWSL Championship marks the fifth consecutive year the title match is set to be contested at a predetermined site.