Cary, NC (September 12, 2019)- The North Carolina Courage earned a commanding victory and move into first place in the NWSL after defeating the Portland Thorns 6-0. Lynn Williams led the team in scoring, earning a hat trick in the match. Debinha, Crystal Dunn, and Kristen Hamilton each added one goal to the scoreline.

The North Carolina Courage struck first in the 15th minute when Dunn streaked towards the end line. Jessica McDonald and Debinha also made runs into the box and when Dunn crossed the ball, McDonald acted as a dummy, leaving the ball to Debinha who easily shot the ball into the lower corner of the net.

Debinha’s goal fired up the Courage’s offense, and minutes later, Williams found the back of the net. Dunn once again started the attack, taking a shot that ricocheted off the post and to the feet of Debinha. The Brazilian immediately played Williams who flicked the ball in the net.

Two minutes later in the 24th minute, Merritt Mathias played in another cross that Williams one-touched into the net for her second goal of the night and the Courage’s third goal in a 12-minute span of time. The NC Courage entered halftime with a three-goal lead.

The scoring continued in the second half as Dunn, the playmaker in the first goals of the night, found the back of the net herself in the 51st minute. Jaelene Hinkle who made her 100th NWSL appearance in the match sent a perfectly placed ball into the box. Dunn easily sent it past Franch.

Williams continued to pressure the Portland backline until she scored her third goal of the night, earning a hat trick in the 68th minute. Debinha played the ball wide to Williams who calmly put it away.

Hamilton entered the game in the 75th minute and added the final goal of the match in the 89th minute. Debinha played the ball to Hamilton who chipped the ball over Franch and into the goal. With the assist to Hamilton, Debinha tallied her third assist of the night.

Up Next: The North Carolina Courage host the Orlando Pride on Saturday, September 14 at 7 p.m. The match has been designated Breast Cancer Awareness Night presented by Aetna and only 3,000 tickets remain for Saturday. The club will also honor Heather O'Reilly's career in a post-match celebration. 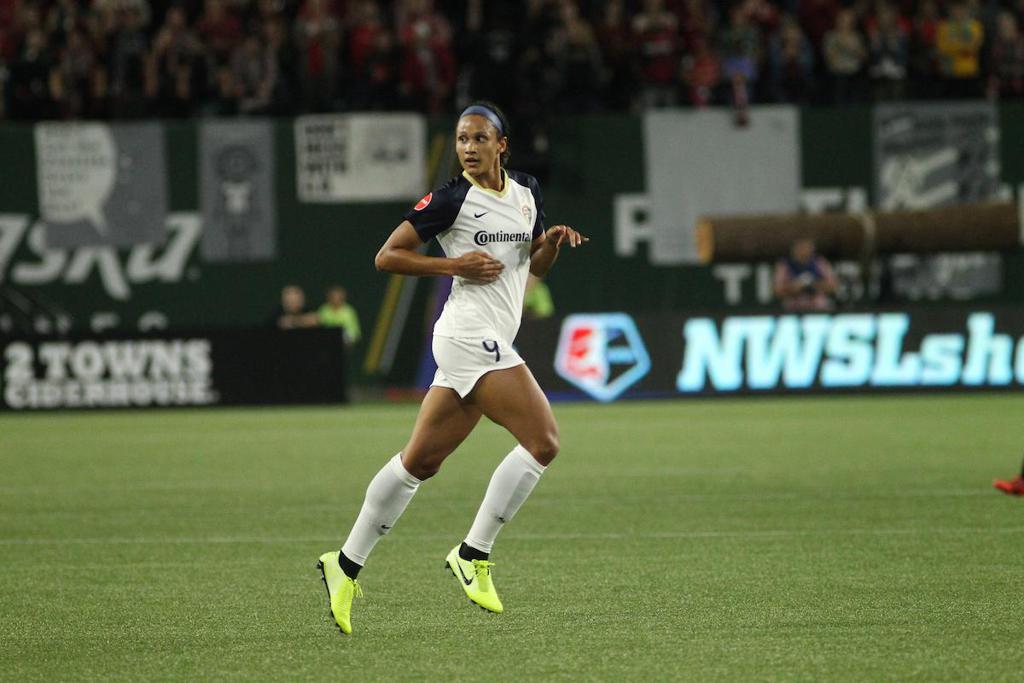