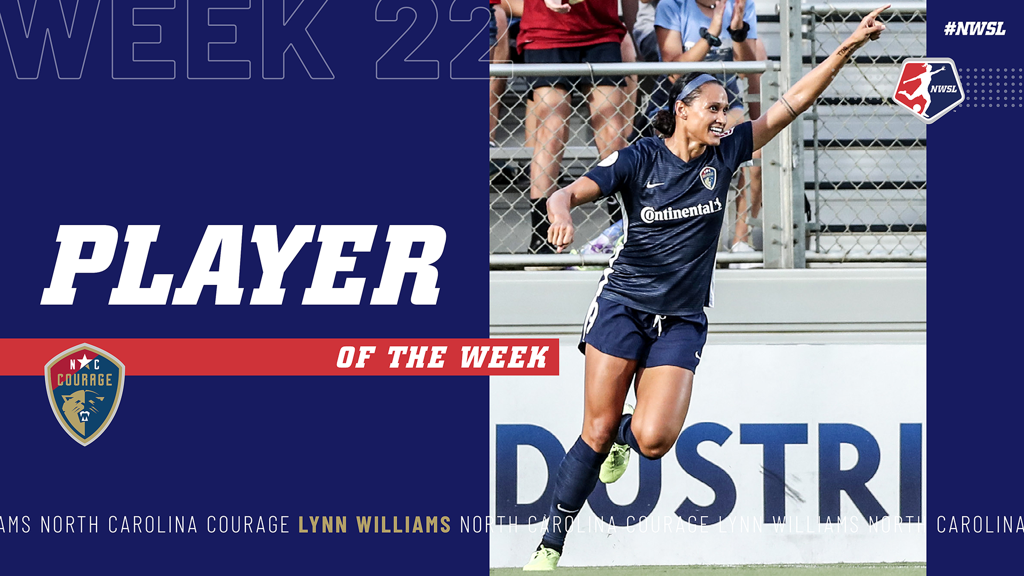 CHICAGO (September 17, 2019) – Lynn Williams of North Carolina Courage has been voted NWSL Player of the Week for Week 22 of the 2019 season by the NWSL Media Association. The team had a total of 12 goals scored this week, with four of those being scored by the attacker.

Williams had a hat trick in the match against Portland Thorns FC. The attacker’s first goal came when Crystal Dunn took a shot at the top of the box, hitting the post that Debinha collected and attempted a shot that Williams deflected with her right foot and into the goal. It only took less than three minutes for Williams to sneak behind a Portland Thorns FC defender to net her second goal, with a left-foot shot to the left side of the net. Williams’s hat-trick goal happened at the 68th minute after receiving a through ball from Debinha on the left side of the field. As Portland Thorns FC goalkeeper Adrianna Franch came off her line, Williams then took a shot at the near post to secure her third goal of the match.

In North Carolina’s second match against Orlando Pride, it only took five minutes into the match for Williams to boost her goal tally to 11 this season. She received a cross from teammate Kristen Hamilton and simply placed the ball with her left foot into the back of the net.