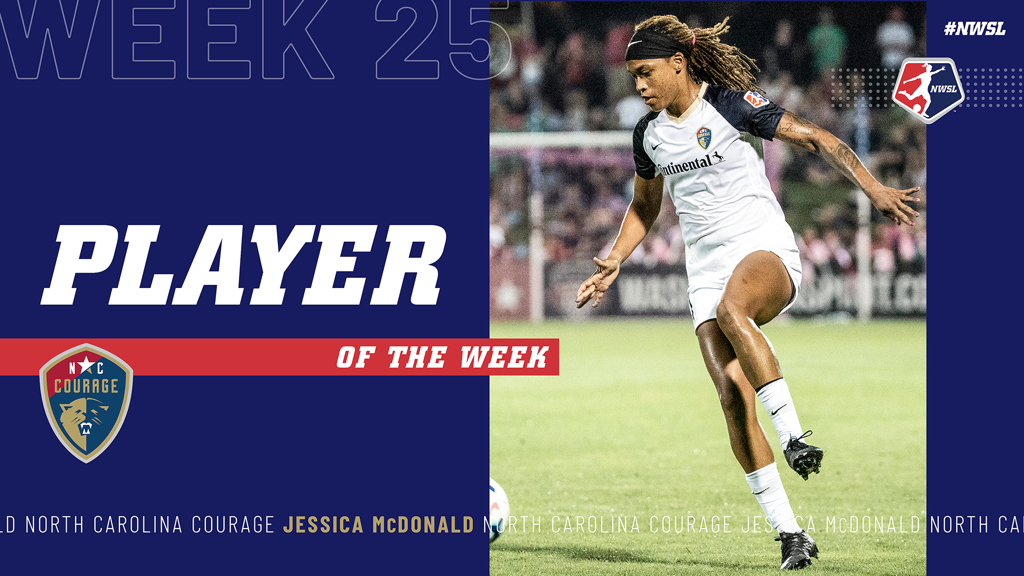 CHICAGO (October 16, 2019) – Jessica McDonald of the North Carolina Courage has been voted NWSL Player of the Week for Week 25 of the 2019 season by the NWSL Media Association. The forward scored 2 goals, including the game-winning goal against Sky Blue.

It would only take 16 minutes for McDonald to find the back of the net for her team. McDonald received a through ball from teammate McCall Zerboni, taking the ball past Sky Blue defender Estelle Johnson, who blocked the first strike she took but fell short to stop the second-strike that would put the Courage in the lead. In the 81st minute, the NC Courage’s Lynn Williams crossed the ball to the top of the box, where teammate Debinha one-touch passed it to McDonald, who was inside the box, giving her the opportunity to simply place the ball into the left side of the goal.

McDonald’s second goal of the match would bring the Courage’s total number of goals in a season to 54, breaking the previous league record the Courage set last season. With the regular season officially over, the North Carolina Courage prepares to host a playoff match against Reign FC on Sunday, October 20 at 1:30 p.m. (ET).