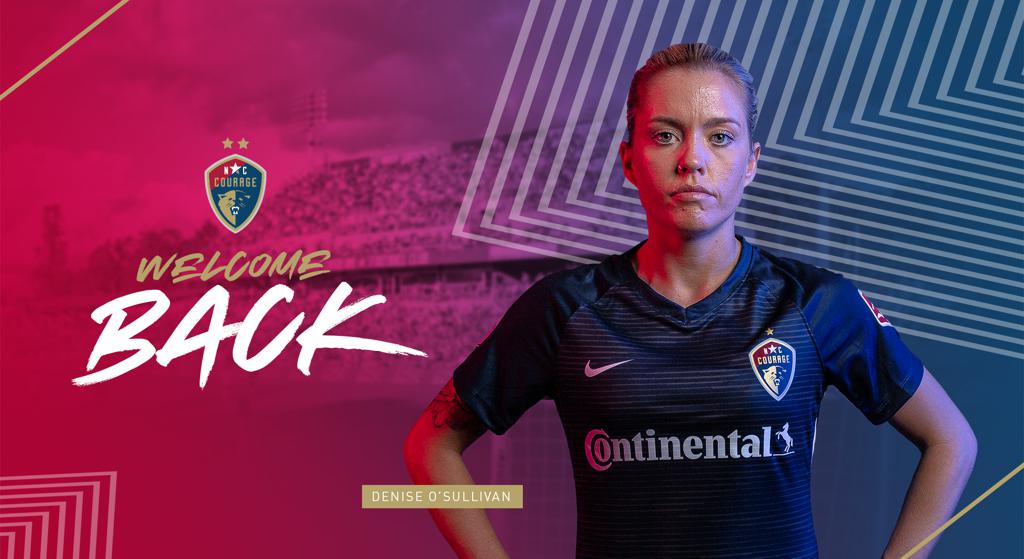 Cary, NC (November 20, 2019)- The North Carolina Courage announced today that Irish midfielder Denise O’Sullivan has signed a multi-year contract. Per club policy, no further details of the transaction were disclosed.

“She is one of the first names on the team sheet every week,” said NC Courage head coach Paul Riley. “She is a massive influencer in the way we play. She allows our creative and impact players to show their talents.”

O’Sullivan has been in the Courage lineup since joining the team in 2017. That same year she started in the NWSL Semifinal game and scored the game’s only goal, shocking the Chicago Red Stars in the 89th minute.

“She has a genius soccer IQ that makes her a brilliant reader and manipulator of the game,” said Riley. “She is a tremendous footballer and passer of the ball and she breaks up the opponent’s playmaking ability with an intuitive reading of the game.”

The midfielder has 74 caps with the Irish National Team. Most recently, O’Sullivan joined the team for UEFA Women’s EURO 2021 qualifying. While at camp, she received the award for Women’s Senior International Player of the Year from PFA Ireland.

“Her development and growth have been accelerated by her determination to succeed on the highest stage and she is a fabulous signing for our club,” said Riley. “She is the spine, the engine, and the consistency that’s made the Courage a tough team to play against.”

Season tickets for the NC Courage’s 2020 season are on sale now. Click here to learn more about season tickets or call the Coastal Credit Union Box Office at 919-459-8144 to speak with a ticket representative.