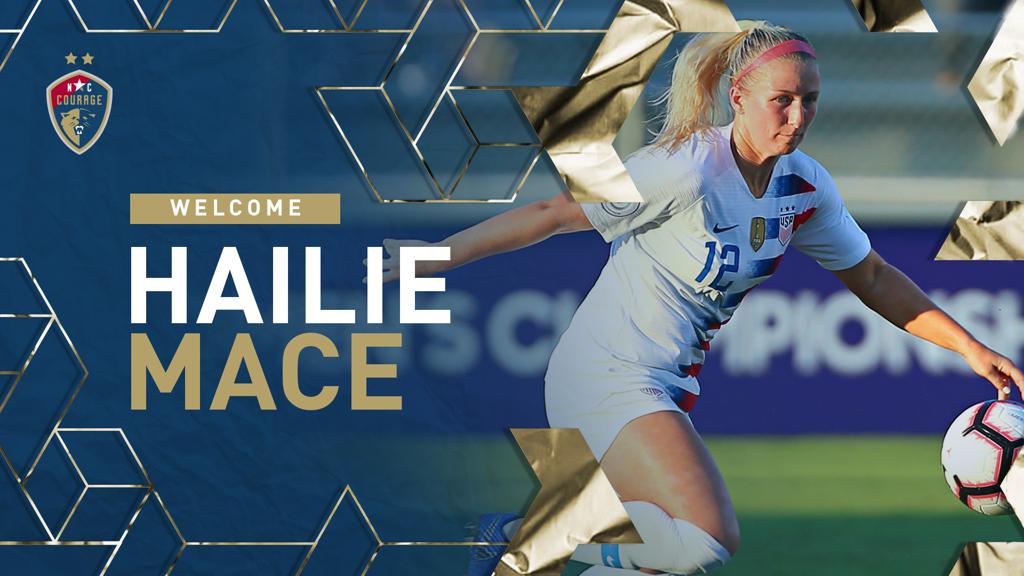 CARY, N.C. (Jan. 10, 2020)- With less than a week remaining until the 2020 NWSL Draft, the North Carolina Courage announced today that the team has traded for the rights to Hailie Mace from Sky Blue FC in exchange for veteran midfielder McCall Zerboni and a conditional fourth-round pick in the 2021 NWSL Draft. Mace, the No. 2 overall selection in the 2019 NWSL Draft by Sky Blue, most recently played for Swedish club FC Rosengard.

“Hailie will be a revelation in Courage Country,” said NC Courage head coach Paul Riley. “She has a ton of ability and tools. She will love the culture and training environment. I sincerely believe she has the raw talent to be a regular on the USWNT. Hailie has pace, athleticism, intelligence and is very talented on the ball. She’s coming to a team that will get the best out of her and the competitiveness of the squad will be huge in her ability to improve and develop all facets of her game.”

In her first full professional season with FC Rosengard, Mace scored four goals and recorded two assists in 16 appearances. Before heading to Sweden, the 22-year-old Mace’s first stop following a stellar career at UCLA was at Melbourne City in the W-League.

In four seasons at the collegiate level with the Bruins, Mace scored 24 goals and recorded 12 assists over 79 games. In doing so, Mace showcased her versatility, playing at center back, left-back and forward at different points of her tenure with the Bruins. In 2017, Mace earned First-team All-America honors as she led UCLA with 15 goals.

Between her junior and senior seasons at UCLA, Mace made her U.S. National Team debut in April 2018 in a 6-2 win over Mexico. Six months later, Mace played in her future home stadium, as she started for the first time in the U.S.’s 5-0 win over Panama in the 2018 Concacaf Women’s Championship at Sahlen’s Stadium at WakeMed Soccer Park.

Mace is one of four former UCLA Bruins on the Courage roster, joining Katelyn Rowland, Sam Mewis and Abby Dahlkemper.

Zerboni leaves the Courage after a three-year tenure with the team, which included three NWSL Shields and two NWSL Championships.

“McCall is irreplaceable and one of the greatest players and humans I’ve ever had the pleasure of coaching and knowing,” said Riley. “She has left a footprint and a legacy in our club that will live forever. She’s a warrior, a thoroughbred and a real footballer. She will be fantastic for Sky Blue and we wish McCall a tremendous future in the sport she has done so much to build.”

Zerboni played 5,713 minutes in 69 matches in three seasons with the Courage. She scored the NC Courage’s first-ever goal against the Washington Spirit on April 15, 2017.

“McCall has been a key leader for our organization as we have built the Courage on and off the field,” North Carolina Football Club President and General Manager Curt Johnson said. “She is a fantastic person, player, and her positive impact on our club will be felt for many years to come. I know I speak for everyone in Courage Country in saying thank you McCall and we wish you the best.”

The North Carolina Courage hold the 6th, 27th, 28th, and 36th picks in the 2020 NWSL Draft. The draft will take place in Baltimore on Thursday, January 16th at 11 a.m. ET. A preliminary list of players eligible for the draft can be found here. Fans can watch the draft live by visiting:  Facebook.com/NWSL, YouTube.com/NWSL and NWSLsoccer.com. 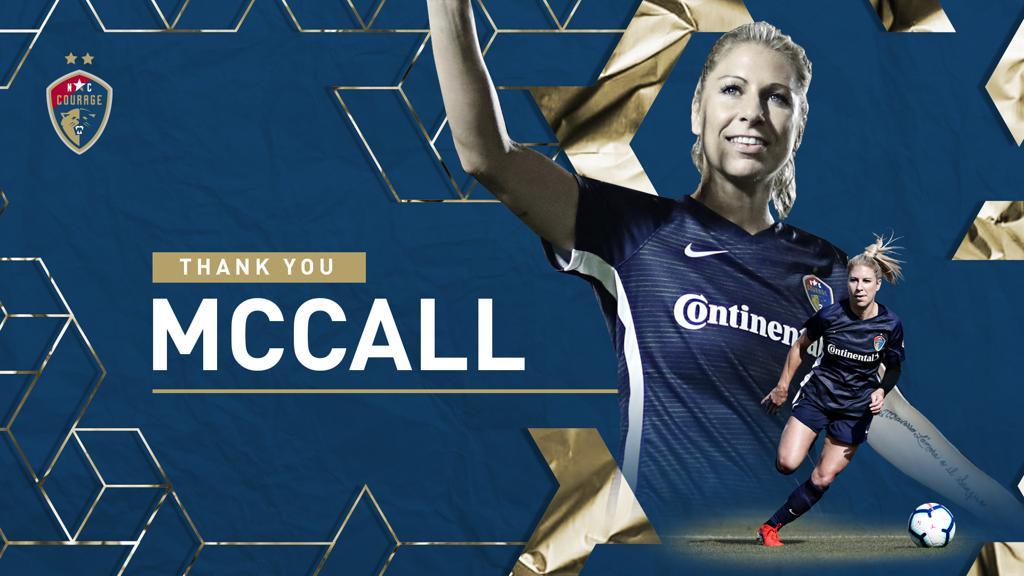