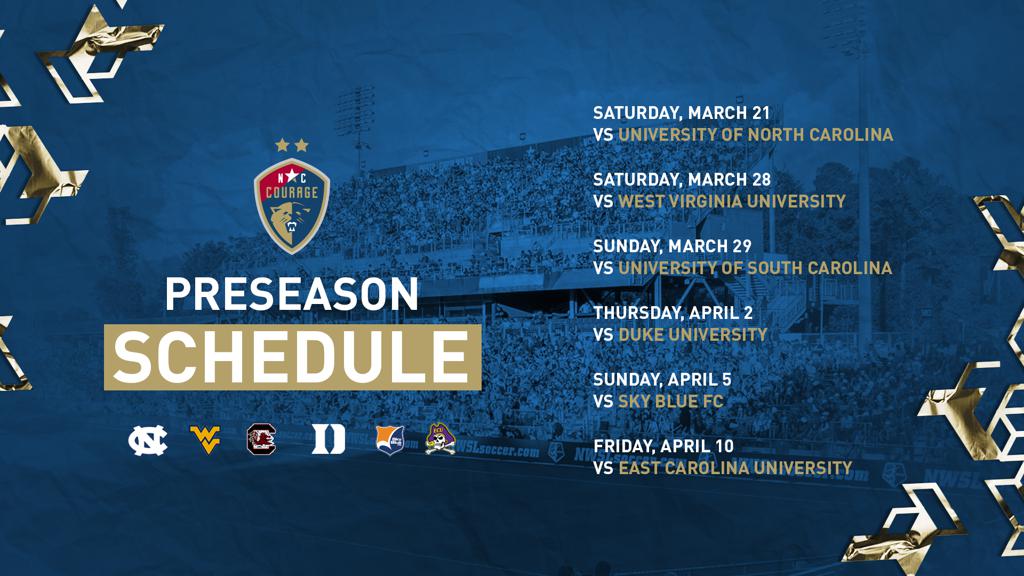 CARY, N.C. (March 3, 2020) – The North Carolina Courage announced their 2020 preseason schedule on Tuesday, a six-game slate with all matches at WakeMed Soccer Park, including a game against league opponent Sky Blue FC. All matches are free and open to the public, with specific field locations to be announced later.

Head coach Paul Riley’s team will first take the field on March 21 at 2 p.m. against the University of North Carolina in the first of three games against in-state college programs.

One week later, the Courage host West Virginia on March 28 and South Carolina one day later on March 29, with both matches beginning at 2 p.m. The Courage then host Duke on Thursday, April 2 at 5 p.m.

Sky Blue FC plays the Courage a visit on Sunday, April 5 at 1 p.m., and the team closes out its preseason on Friday, April 10 against ECU at 12 p.m.

The Courage begin the NWSL regular season on Saturday, April 18 at 7 p.m. in an NWSL Championship rematch against the Chicago Red Stars.

*All matches held at WakeMed Soccer Park. Field location to be announced.