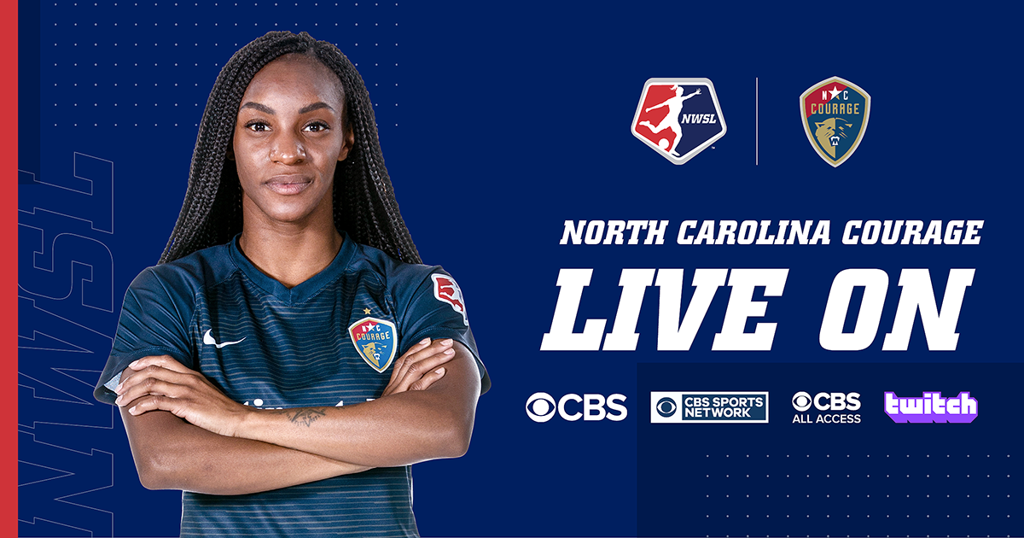 Chicago (March 11, 2020) – The National Women’s Soccer League (NWSL) today announced landmark, multi-year media rights agreements, in which CBS Sports and Twitch have acquired the rights to exclusively present all NWSL matches for the next three years, beginning with the upcoming 2020 season.

CBS Sports will deliver a total of 87 NWSL matches in 2020 across CBS, CBS Sports Network, and CBS All Access, CBS’s subscription video on demand and live streaming service. Highlights include the NWSL season opener and Championship Game on the CBS Television Network; 14 matches on CBS Sports Network, including both Semifinals; and 71 additional games on CBS All Access. All games offered on CBS All Access will be available to subscribers online at CBS.com, on mobile devices via the CBS app and on all major connected TV devices and platforms. The deal with CBS marks the first time a U.S. broadcast network will present live, national coverage of women’s professional club soccer in the United States.

In addition, Twitch will present 24 free, select matches during the 2020 NWSL regular season. Twitch will also serve as the NWSL’s exclusive international media rights partner outside the United States, making all 108 regular season games, the playoffs, and championship available to global viewers.

The NWSL and Twitch will collaborate on additional league and player-related content and original programming opportunities to enhance the overall fan-viewing experience and continue to grow women’s professional soccer around the world.

“The NWSL is elated to partner with CBS Sports and Twitch, two incredible media companies with a proven track record of award-winning coverage,” said Lisa Baird, Commissioner of the NWSL. “This new media-rights agreement is a watershed moment for women’s soccer in the U.S. and around the world and is the first time NWSL matches will be available to such a wide audience. We are excited to work with CBS with its rich history, tradition and storied innovation to utilize the power of their multiple platforms to reach more fans. We also are eager to team up with Twitch to showcase the brightest stars in the sport. These partnerships will continue to amplify the NWSL and its teams on a national and international stage.”

“We are excited to partner with the National Women’s Soccer League, bringing one of the top women’s sports leagues to CBS Sports,” said Dan Weinberg, EVP, Programming, CBS Sports. “This deal will showcase the strength of CBS’ multi-platform assets across broadcast, cable and digital by bringing marquee games, including the Semifinals and NWSL Championship to CBS, CBS Sports Network and CBS All Access. We look forward to using our reach across all our platforms to highlight many of the best soccer players in the world.”

“The addition of this extensive lineup of NWSL matches to CBS All Access is another important step as we continue to bolster our growing lineup of exclusive sports programming,” said Jeffrey Gerttula, EVP and GM, CBS Sports Digital. “We’re very pleased to deliver these premier matches to our subscribers across all platforms and to help expand the reach of women’s soccer throughout the U.S. and Canada.”

"We couldn't be more excited to partner with the NWSL as we further expand our sports content on Twitch," said Michael Aragon, SVP of Content at Twitch. "Their players are the greatest athletes in their sport from around the world and we are thrilled the NWSL chose Twitch as their home to build a bigger community of soccer enthusiasts.”

Coverage of the 2020 NWSL season begins Saturday, April 18 at 1 p.m. ET on CBS and CBS All Access, when Megan Rapinoe and OL Reign take on Rose Lavelle and the Washington Spirit at Audi Field in Washington, D.C. That is followed by a rematch of last year’s championship game between Julie Ertz and the Chicago Red Stars and Sam Mewis and the North Carolina Courage on Saturday, April 18 at 7 p.m. ET on Twitch. CBS All Access will exclusively air two additional games during opening weekend, including the Saturday night match (10:30 p.m. ET) when Tobin Heath and Portland Thorns FC host Christen Press and Utah Royals FC.

The media-rights agreements between CBS Sports and Twitch were negotiated by Octagon, on behalf of the NWSL.