Kristen Hamilton and Ally Watt Face Off in W-League Semifinal 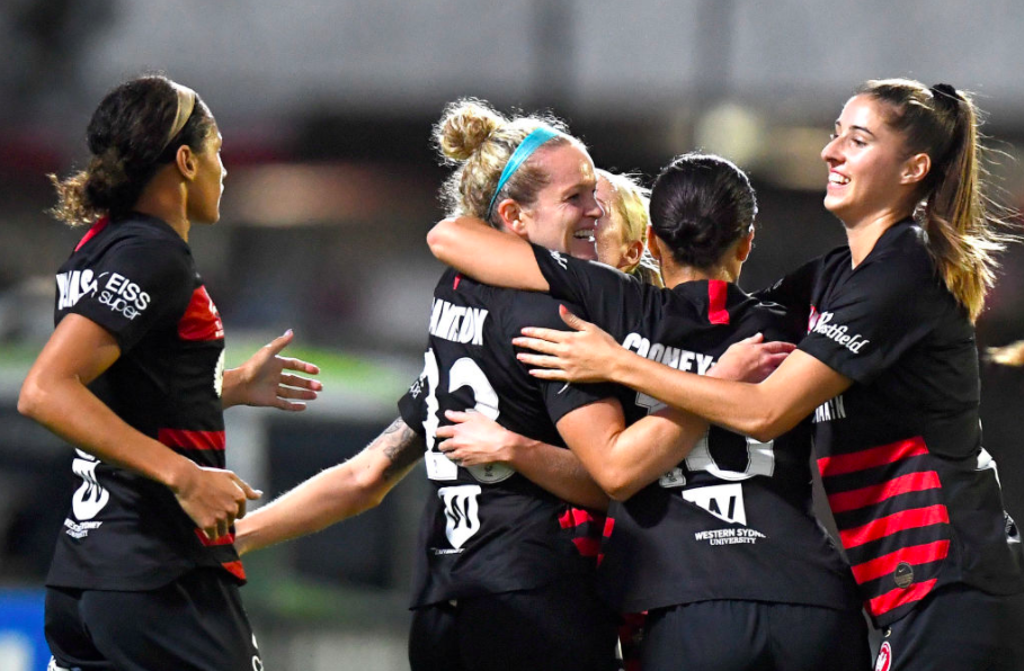 Only two matches remain in the 2019-20 Australian W-League season, and the Courage will be prominently featured in Saturday night’s semifinals match between Melbourne City and the Western Sydney Wanderers at the ABD Stadium (10:30 p.m. ET, watch on ESPN+)

Wanderers, who have never won a league final, have been bolstered this season by the Courage trio of Kristen Hamilton, Lynn Williams and Denise O’Sullivan, all of whom have played on loan with the club during the NWSL offseason. While Williams and O’Sullivan have departed Wanderers to play for their respective national teams, Western Sydney still has Hamilton to count on, and head coach Dean Heffernan will be hoping that the Courage forward can help transform Wanderers from last-place finishers in 2018-19 to trophy lifters in the coming weeks.

Coming off a stellar 2019 NWSL campaign that saw her score nine goals and record five assists on the way to her first U.S. Women’s National Team appearance, Hamilton has remained in fine form for Western Sydney. In 11 regular-season games, Hamilton set a new single-season club record with seven goals to go along with two assists. Her tenacity in front of goal has made Western Sydney, a traditionally under-the-radar W-League club, part of the league’s top tier. But Hamilton has had some help from her Courage teammates, as well.

In helping Wanderers earn a 7W-4L-1D regular season record, Williams was especially prolific, chipping in four goals and three assists in a five-game cameo, one cut short only by her opportunity to star for the USWNT. Likewise, Irish international O’Sullivan quickly made an impact with her play, becoming a fan favorite in Western Sydney for the same reasons she’s beloved in Cary: her work rate, defensive tenacity, dependability and demeanor.

In total, the Courage trio of Hamilton, Williams and O’Sullivan has played in 23 matches for Western Sydney, scoring 12 goals (54.5% of the team’s total) and recording six assists.

As it turns out, Wanderers’ opponent Saturday, Melbourne City, has also benefited from a Courage connection. Ally Watt, the team’s first-round draft pick at the 2020 NWSL Draft, began playing for Melbourne City in February and burst onto the scene by scoring three goals in three league matches. The pacey forward out of Texas A&M has provided a boost to the already strong Melbourne City, helping the team finish atop the W League table.

During the regular season, Melbourne City took the only match between the two teams, winning 4-0 as Watt scored her first professional game. The winner of Saturday’s match will face either Melbourne Victory or Sydney FC in the W-League Grand Final on either March 21 or 22.