Feature: Hamilton-Watt Showdown in W League Semifinals A Preview of What's to Come for Courage 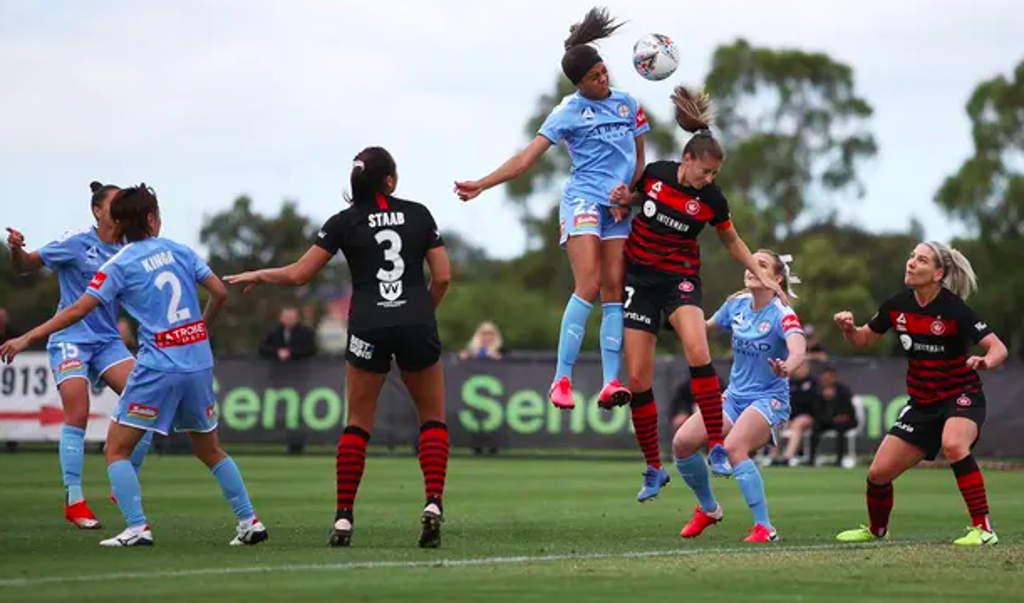 Soon enough, Kristen Hamilton and Ally Watt will be part of the same team, both reporting for work at WakeMed Soccer Park. But for now, the two are facing off against one another in Saturday’s Australian W-League semifinals match between Western Sydney Wanderers and Melbourne City, a game highlighted by the juxtaposition of the Courage’s current and soon-to-be goal-scoring prowess.

Watching the game should inspire new tactical ideas from the always-looking-to-get-better Paul Riley for the upcoming 2020 season, and, perhaps, strike fear in the rest of the NWSL. With Hamilton returning and Watt coming on board – lest we forget about Jessica McDonald, Lynn Williams and Crystal Dunn – the league’s best attack is not weakening or staying the same – but strengthening.

Hamilton needs no introduction. Her story of steady improvement is one of the last pick in the 2014 NWSL Draft becoming among the league’s best goalscorers and a member of the U.S. Women’s National Team.

When eight of her teammates departed for the 2019 FIFA Women’s World Cup, it was Hamilton who punctuated the Courage’s ability to adjust and achieve in an unconventional season. In 22 matches, Hamilton tripled her previous single-season high with nine goals, which tied for the third-most in the league. There was her hattrick in Orlando and then a four-goal explosion a few weeks later in a win against the Dash. No Dunn, no McDonald, no Debinha, no problem. The Courage kept scoring goals and Hamilton led the way.

The momentum of a breakout 2019 season has traveled across the world with Hamilton to Western Sydney, where she’s played a large role in changing Wanderers’ fortunes for the better. Having previously never finished higher than sixth in the W League, Western Sydney is now two wins away from lifting a trophy. The turnaround has largely centered around Hamilton’s stellar play. Her seven goals are a single-season Western Sydney club record, and she was also the co-holder for the W League’s Golden Boot award.

At 27, Hamilton is entering the prime of her career full of experience and has proven herself as one of the top American playmakers.

Watt, meanwhile, has played only three matches in her professional career, having joined Melbourne City in February through the end of the W League season after being drafted in the first round of the NWSL Draft by the Courage in January. But the early returns on the Texas A&M product are good.
Her three goals in as many matches suggest that she – like Hamilton has been – could have been dominating the W League’s leaderboards had a full season been at her disposal. Watt scored two goals in her first-ever start, providing a boost to an already talented Melbourne City squad as the postseason approaches.

Watt’s strong start in the W League follows a stellar collegiate career at Texas A&M, where she scored 49 goals in 79 career matches and earned All-America honors in 2018 and ‘19. A tall forward known for her pace, Watt should fit in quite well in Riley’s system based on overpowering opponents with relentless speed over the course of 90 minutes.

Once she joins the Courage, Watt will obviously join a crowded group of talented forwards, including Hamilton. But when the two face off against each other on Saturday, Courage fans can take solace in that they’ll soon be wearing the same jersey – and imagine the possibilities that brings.