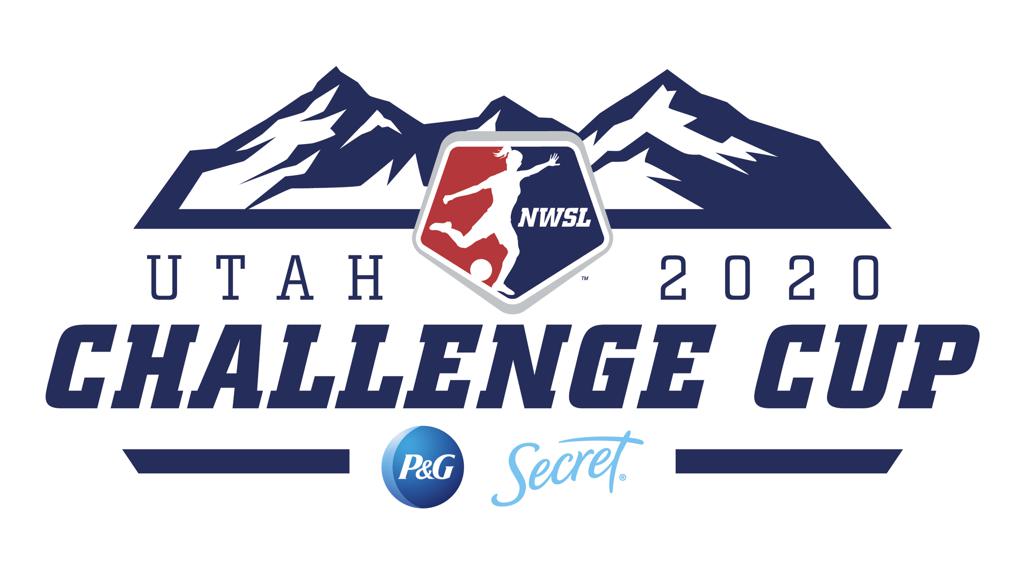 CHICAGO (May 27, 2020) – The National Women’s Soccer League announced today that the 2020 NWSL Challenge Cup presented by P&G and Secret will mark the return to action for all nine clubs. The 25-game tournament will kick off on June 27, 2020 at Zions Bank Stadium in Herriman, Utah. While spectators will not be in attendance, fans can catch all the action via CBS All Access with the opener and championship game also airing live on CBS.

This tournament marks the league’s first competition since the 2019 NWSL Championship which saw the North Carolina Courage defeat the Chicago Red Stars to become back-to-back NWSL Champions. In addition to the tournament’s presenting sponsors P&G and Secret, the league also announced today a new multi-year partnership with Verizon, another landmark in the continuing commercial success of the NWSL.

“We are excited to get the Courage back on the field and to participate in the NWSL Challenge Cup,” said North Carolina Football Club President and General Manager Curt Johnson. “With the best medical and governmental advice in mind, the league office, teams, and players have adopted rigorous protocols to provide as safe an environment as possible. We have a unique opportunity to showcase the Courage and are thrilled to compete.”

The format of the tournament will feature the league’s nine clubs each playing four games in the preliminary rounds to determine seeding. The top eight teams will advance to the quarterfinals, when the tournament becomes a knockout competition. The semifinals and Final presented by Budweiser will be played at Rio Tinto Stadium in Sandy, Utah with the Championship match slated for July 26, 2020 where we will also announce the tournament MVP Award presented by Budweiser. Budweiser has been an Official Sponsor of the NWSL since 2019 and supporter of the U.S. Women's National Team for over three decades.

Both the tournament opener and the Final will air on CBS and will be streamed on the CBS All Access subscription service. All other games will be live on CBS All Access in the U.S. and Canada and will re-air on CBS Sports Network. Fans outside the U.S. and Canada can stream the full tournament on Twitch.  A full tournament schedule, including game times and further broadcast details, will be provided in the days to come. Spectators will not be permitted in the venue.

“As our country begins to safely reopen and adjust to our collective new reality, and with the enthusiastic support of our players, owners, as well as our new and current commercial partners, the NWSL is thrilled to bring professional soccer back to the United States,” said NWSL Commissioner Lisa Baird. “This exciting month-long tournament will showcase our league’s talented players and provide our fans the type of world-class entertainment they’ve come to expect from the NWSL.”

Building on the momentum of a record-breaking 2019 and the growing success of women’s sports, on and off the field, the 2020 NWSL Challenge Cup is a unique opportunity for players to return to competition with the unanimous support of the league owners and the players association.

"The NWSLPA, working closely alongside NWSL, is excited to provide players the opportunity to return to sport, while also securing compensation and other necessities to make sure players’ concerns, feedback and safety are at the forefront of all conversations,” said NWSLPA Executive Directors Yael Averbuch and Brooke Elby. “As the plans for the tournament unfolded, it was our priority as the NWSLPA to protect our players, and we feel that NWSL shares those values."

“P&G is proud to support the world-class women athletes of the NWSL. In the face of the added challenges of competing in these unique times, we are delighted to help them bring this innovative tournament to life and bring greater visibility to these elite players and teams,” said Janet Fletcher, Director Sports Marketing. “As a longtime champion of gender equality, and an advocate for women’s equal pay in sports and beyond, our Secret deodorant brand team is committed to continuing our efforts to help women in sports advance without having to sweat the obstacles in their path.”

“Sports are such a huge part of our culture and give us a sense of connection - something we're all craving right now,” said Marissa Weseloh, Director of Strategic Sponsorships, Verizon. “Partnering with the National Women’s Soccer League allows us to connect with the soccer community in a meaningful way as the sport continues to grow.”

This “international-style” tournament allows the league to safely return to the pitch and will be hosted by Dell Loy Hansen, owner of Utah Royals FC, who will accommodate all housing, training and competition needs for the league’s nine teams and create an “NWSL Village” to control as much of the environment as possible.

“With the efforts of our frontline workers, our state’s early adoption of preventative measures, and our facilities at Zions Bank Real Academy, Rio Tinto Stadium and America First Credit Union Field, Utah is uniquely prepared to host the nine teams in the NWSL and put on a tremendous tournament,” said Hansen. “With the full support of the Governor and the medical experts in our community, we are thrilled to bring the tournament to Utah.”

Under the leadership of Utah Governor Gary Herbert, the State of Utah and its citizens have drawn praise for their public health efforts, making Utah an ideal host for an event with the size and scope of the 2020 NWSL Challenge Cup presented by P&G and Secret. Commissioner Baird and Hansen have met with Governor Herbert, Lieutenant Governor Spencer Cox, the Utah Sports Commission and local health officials, and all parties have enthusiastically endorsed the way forward.

“Utah is home to strong health care systems and dedicated medical professionals — and public health and safety are always a top priority for our communities. Because of those factors, I believe our state will be a great location for the National Women’s Soccer League to host its competition in 2020,” Governor Herbert said.  “I’m grateful to Dell Loy Hansen for his work to find a solution that we believe will benefit the league and our community as a whole.”

The NWSL’s Medical Task Force, comprised of a team doctor from each of the league’s nine teams, has worked tirelessly over the last nine weeks, in coordination with public health officials, to develop thorough and detailed medical and testing protocols to ensure the safest environment for a return to play and competition. Each player, official and essential staff member will be tested 48 hours prior to departure for Utah and upon arrival and will be subject to consistent testing, temperature readings and symptom review throughout their stay in Utah. The full protocols have also received unanimous support from the NWSL board of directors and the NWSLPA and can be found HERE.

(on the opportunity provided by the NWSL) “The team is tremendously excited to compete and obviously it’s a massive thanks to everyone who made this happen. It was a huge effort with safety being the number one priority and we are incredibly humbled and thankful to the NWSL for being a driving force to put our sport in the forefront.”

(on development now that soccer is back) “It’s an incredible opportunity for our players to further develop. Our entire squad understands training must be hard and realistic to maximize the chance of winning. Just to have our sport progressing back to center stage is a massive lift for our entire club.”

(on importance of game performances) “The only performance that truly matters is game day performance. You can practice all you want but the experience of performing is critical in a player’s progression. Players need the game moments and as much as our lives have been disrupted, this opportunity in Utah gives us all hope, a path to normal life, and the opportunity to show the world we are all fighters.”

(on the excitement around the tournament) “Living clearly and in present takes courage. Live with the tangible and the real even if it’s not perfect. We are excited to be part of this event and create momentum for our sport in these difficult and testing times.”

(on NWSL and safety) “We are really excited for the tournament. I think that so much work has gone into it. We are really trusting each other and trusting the league and knowing that safety and health, of course, always comes first for everybody involved.”

(on the opportunity to play) “I think we are just excited for the opportunity to play. I know myself and my teammates just want to showcase what we can do and compete again. I think that’s what we’ve all been missing the most is that sense of competition and wanting to be the best. I am really excited just to get back out there and be a part of the Courage again and play and represent the club.”

About P&G
P&G serves consumers around the world with one of the strongest portfolios of trusted, quality, leadership brands, including Always®, Ambi Pur®, Ariel®, Bounty®, Charmin®, Crest®, Dawn®, Downy®, Fairy®, Febreze®, Gain®, Gillette®, Head & Shoulders®, Lenor®, Olay®, Oral-B®, Pampers®, Pantene®, SK-II®, Secret®, Tide®, Vicks®, and Whisper®.  P&G aspires to build a world free from gender bias with an equal voice and equal representation for all individuals. Through their powerful voice in advertising, P&G brand campaigns like Always #LikeAGirl, Olay #FaceAnything, and Secret #AllStrengthNoSweat are sparking conversations that motivate change. P&G is helping remove barriers to education for girls and economic opportunities for women while also creating an inclusive, gender-equal environment inside P&G—and advocating for gender-equal workplaces beyond P&G—where everyone can contribute to their full potential.  Please visit http://www.pg.com for the latest news and information about P&G and its brands.

About Secret
Secret was the first antiperspirant brand designed specifically for women, and for the past 60 years, Secret has been on the forefront of women’s lives, leading with innovation designed to provide superior odor and wetness protection. Through the years, the brand has proudly supported women’s advancement and equality through its campaigns and communications. Its latest campaign, “All Strength, No Sweat,” is a continuation of this commitment to women, celebrating those who boldly challenge the status quo, push through barriers and stand up for what they believe in, without “sweating” the obstacles that may come their way. Secret challenges women everywhere to be all strength, no sweat. For more from Secret, visit Secret.com, or follow Secret on Instagram (@SecretDeodorant), Facebook (Facebook.com/Secret), Twitter (@SecretDeodorant) and YouTube (YouTube.com/SecretDeodorant).

About Verizon
Verizon Communications Inc. (NYSE, Nasdaq: VZ) was formed on June 30, 2000 and is celebrating its 20th year as one of the world’s leading providers of technology, communications, information and entertainment products and services. Headquartered in New York City and with a presence around the world, Verizon generated revenues of $131.9 billion in 2019.  The company offers voice, data and video services and solutions on its award-winning networks and platforms, delivering on customers’ demand for mobility, reliable network connectivity, security and control.

About Budweiser
Budweiser, an American-style lager, was introduced in 1876 when company founder Adolphus Busch set out to create the United States' first truly national beer brand – brewed to be universally popular and transcend regional tastes. Each batch of Budweiser stays true to the same family recipe used by five generations of Busch family brewmasters. Budweiser is a medium-bodied, flavorful, crisp and pure beer with blended layers of premium American and European hop aromas, brewed for the perfect balance of flavor and refreshment. Budweiser is made using time-honored methods including "kraeusening" for natural carbonation and Beechwood aging, which results in unparalleled balance and character. For more from Budweiser, follow Budweiser on Instagram (@Budweiserusa) Facebook (facebook.com/BudweiserUSA/), and Twitter (@Budweiserusa).