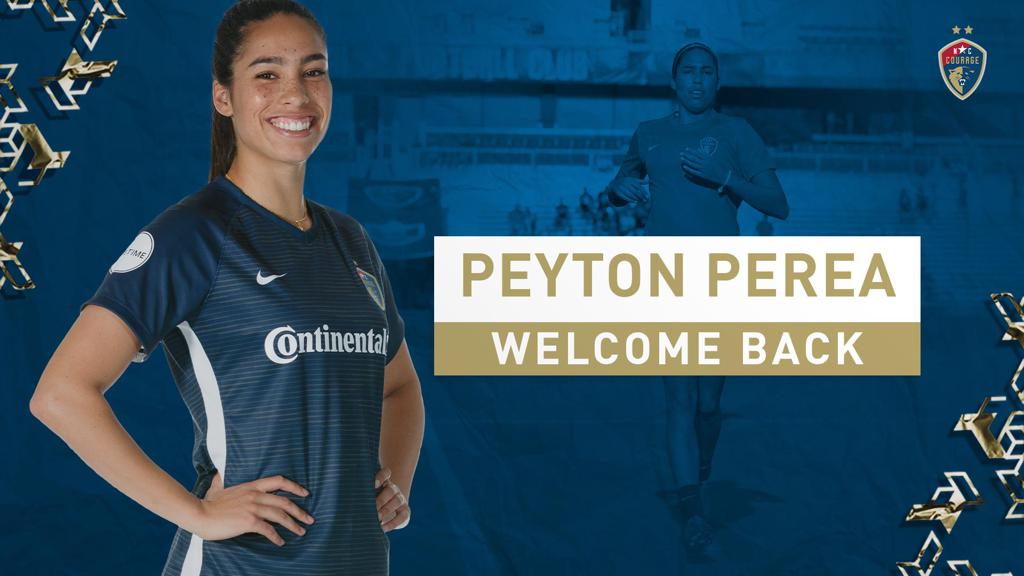 Cary, NC (August 31, 2020)- Peyton Perea has signed a contract through the 2020 season, the North Carolina Courage announced today. Perea rejoins the Courage after playing for Civitas Santa Teresa Badajoz in the Primera Iberdrola in Spain. She will be eligible to play in the fall series of NWSL games pending the receipt of her ITC.

Perea signed a national team replacement contract with the North Carolina Courage during the 2019 season. She trained with the team for the entire season before joining Civitas Santa Teresa Badajoz in the offseason.

“Peyton understands the expectations of putting on a Courage uniform and she certainly has the talent and qualifications to be a major success here,” said NC Courage head coach Paul Riley. “She is poised, mobile, and has a fantastic range of passing. She is a tempo midfielder who finds the ball and keeps the team ticking during important game moments. She has evolved her game since she was last with the club and the experiences she gained in Europe bodes well for the team.”

Having played four seasons at Wake Forest University under Tony DaLuz, Perea is familiar with the area.  The midfielder started 53 games for the Demon Deacons and had 12 goals and five assists in her college career. Perea started every game of her senior season for 1804 minutes. She totaled 4466 total minutes in four years.