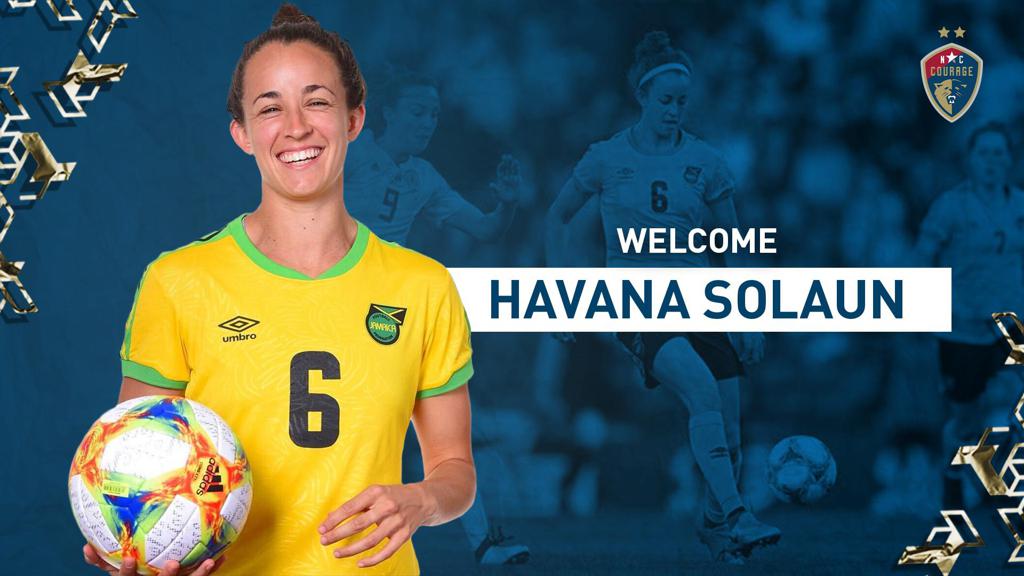 Cary, NC (September 30, 2020)- The North Carolina Courage announced today the signing of Havan Solaun to a short-term contract through the 2020 season. Solaun will be available to play in the Courage’s next match on Sunday, October 4 against the Houston Dash at 7 p.m. ET.

Solaun was drafted 15th overall in the 2015 NWSL Draft by the Seattle Reign. She suffered an injury her rookie season but played in four matches and scored one goal in 2016 before being traded to the Washington Spirit. The midfielder made 37 appearances with the Spirit during the 2017 and 2018 seasons.

In 2019, Solaun elected to play for Klepp IL in Norway as she prepared for the 2019 FIFA Women’s World Cup. The midfielder earned her first cap with the Jamaican Women’s National Team on March 3 just months before the start of the tournament. On June 18, Solaun scored Jamaica’s first-ever World Cup goal against Australia.

The NC Courage have four points in the competition for the Verizon Community Shield. The team will close out the Fall Series against Houston on Sunday and the Orlando Pride on Saturday, October 17 on CBS.