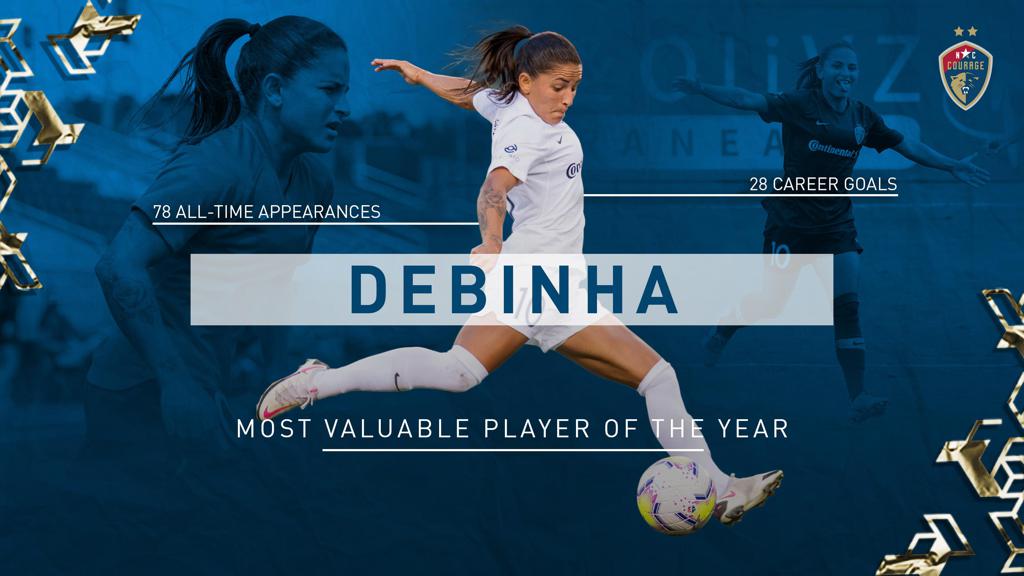 Debinha was named the Most Valuable Player of the NC Courage after outstanding performances in the NWSL Challenge Cup and the Fall Series. The Brazilian midfielder appeared in all nine matches played throughout the shortened season for a total of 779 minutes. She scored five total goals and was the leading scorer for the team during the Fall Series.

Debinha also had two assists during 2020 and averaged 35 passes per game. The award is Debinha’s first team award for the NC Courage as the Brazilian international continues to impress on the NWSL stage.

Lynn Williams was named the team’s Offensive Player of the Year with six goals in 2020, leading the Courage in scoring. The former NWSL MVP continues to put balls in the back of the net as she leads Paul Riley’s powerful offensive unit. Williams also added two assists to her stat line for the year. She remains the all-time leading American goal scorer in the NWSL with 59 career goals.

Williams has received the Offensive Player of the Year for the second time, as she was also the recipient of the award in 2018. The forward was awarded the Community Service Award in 2019.

The Defensive Player of the Year was awarded to Abby Dahlkemper. The center back played every minute of eight matches in 2020. During the Fall Series, Dahlkemper captained the NC Courage for the first time in her career. She had a 92% passing accuracy in her own half and 25 clearances. On the other end of the field, she scored her first goal with the team by converting a penalty kick. The award is Dahlkemper’s first team award with the NC Courage.

The Newcomer of the Year was awarded by the coaching staff to Addisyn Merrick. The rookie defender played more minutes than any other first-year player on the team. After being drafted 28th in the 2020 NWSL Draft, Merrick signed a one-year contract with a one-year option on June 19 before the NWSL Challenge Cup.

Merrick started eight matches and played 512 minutes between the Challenge Cup and Fall Series. From the left-back position, she was able to push up the field and send in 25 open play crosses. Merrick scored a goal in the NC Courage’s scrimmage against the Washington Spirit.

Cari Roccaro was presented the Community Service Award for her leadership in community initiatives off the field. Roccaro kicked off the preseason volunteering as a celebrity barista at 321 Coffee, a local nonprofit coffee shop. Six months later, the NC Courage named 321 Coffee as the team’s community partner in the Verizon Community Shield. Roccaro acted as the team’s ambassador throughout the competition, visiting the nonprofit several times and promoting the business on social media. The midfielder also headed Sponsor To- Go Week in April, where fans could win prizes for ordering to-go from sponsor’s restaurants that were in need during the COVID-19 shutdown.

The Select PT Comeback Player of the Year was awarded to Hailey Harbison by the team physical therapist and athletic trainer. Harbison tore her left ACL during training in April of 2019, preventing her from making her NWSL debut during the year. After rehabilitation and surgery, Harbison returned to training in 2020 and made her professional debut on September 12 against the Houston Dash. Over the four games of the Fall Series, Harbison played 126 minutes. 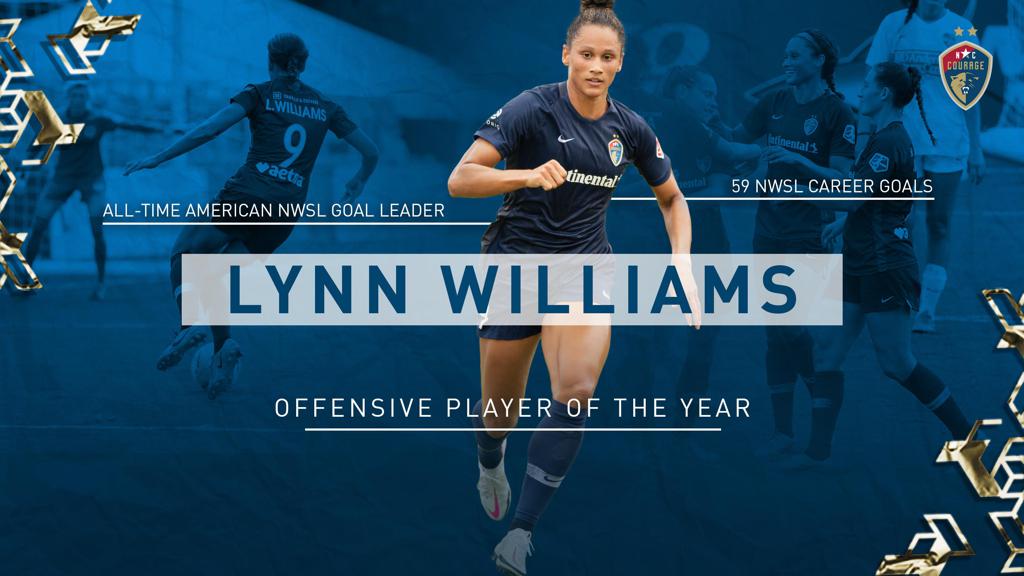 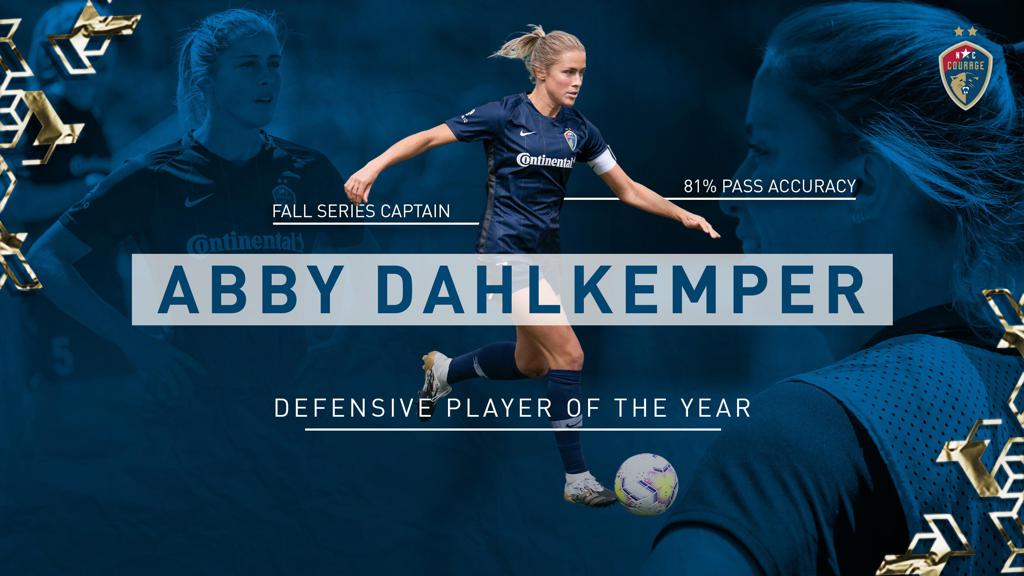 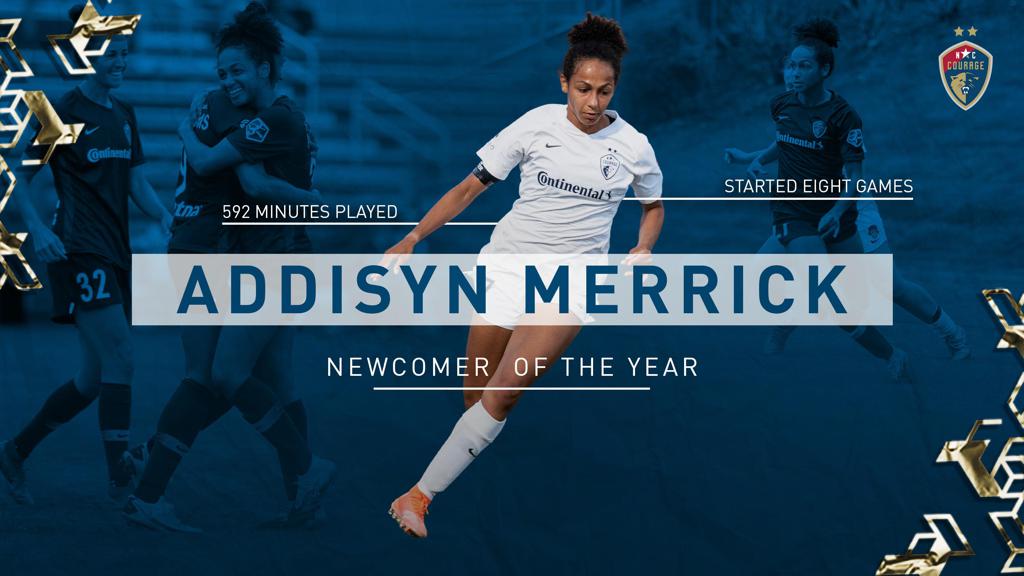 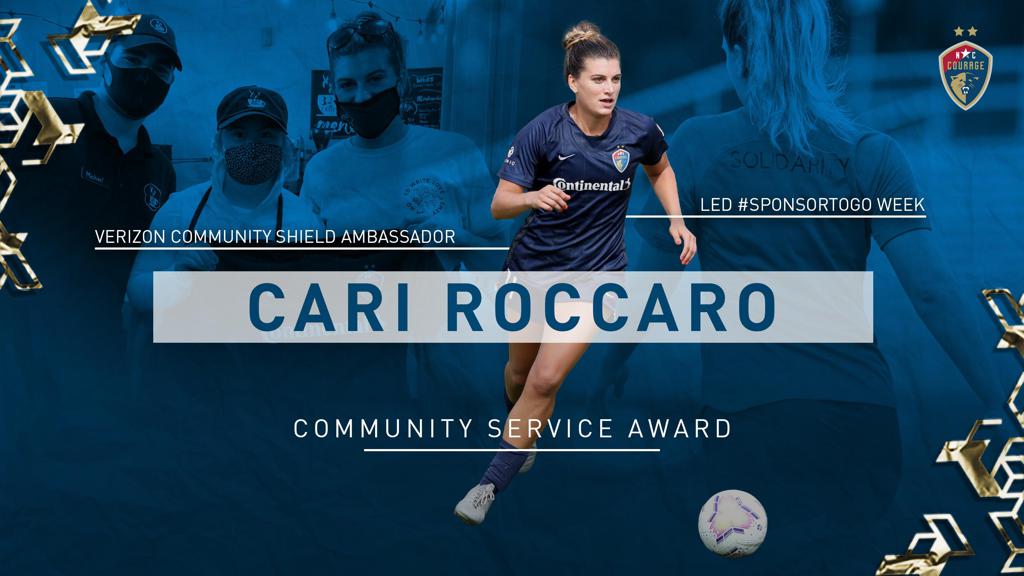 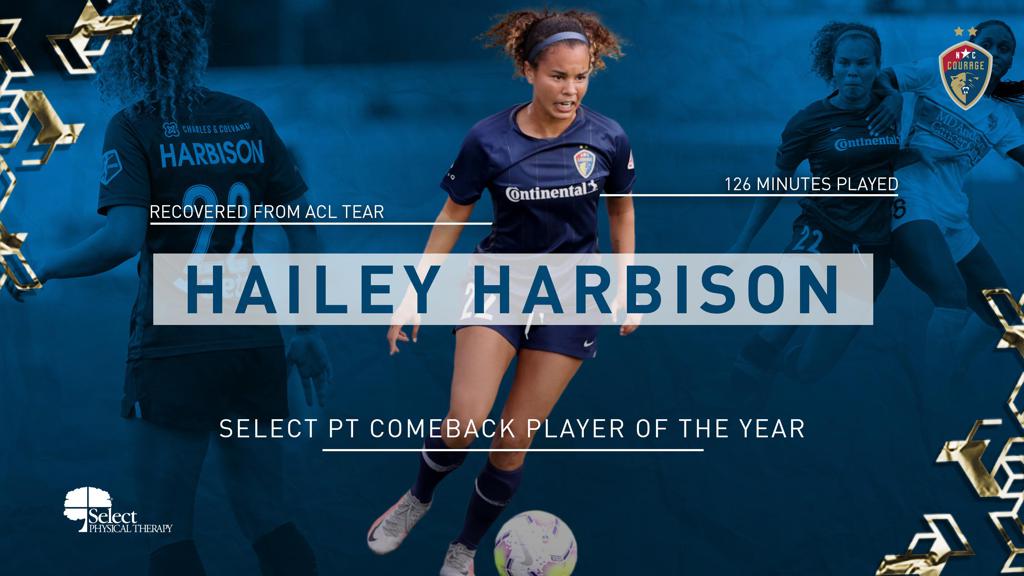