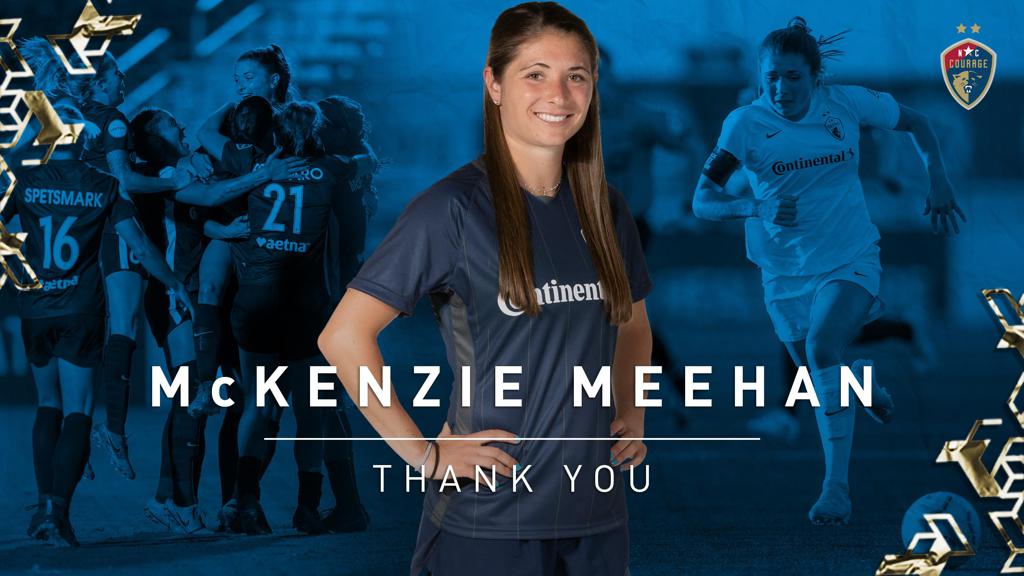 “McKenzie is a kind, considerate, and brilliant teammate,” said NC Courage head coach Paul Riley. “She is a talent and her character, attitude, and dedication have been second to none for our club. She is an amazing woman and player with a wide range of talents. She will be sorely missed but we wish her a tremendous future in her next endeavor.”

Meehan became a member of the NC Courage in June 2019 when the team acquired her from Sky Blue FC. She made six NWSL appearances and scored a goal against the Orlando Pride after arriving to North Carolina. She also made one appearance and scored one goal in the Women’s International Champions Cup that season. In 2020, Meehan played in one match during the NWSL Challenge Cup. She was unable to appear in the Fall Series due to an injury.

“Thank you so much to Steve, Curt, Bobby and Paul for giving me the opportunity to play for the North Carolina Courage,” said Meehan. “It was truly an honor to play alongside such talented, driven players and for an amazing and knowledgeable coaching staff — I will forever cherish the incredible memories and relationships built over the years. I wish all of my teammates and the club nothing but the best in the future!”