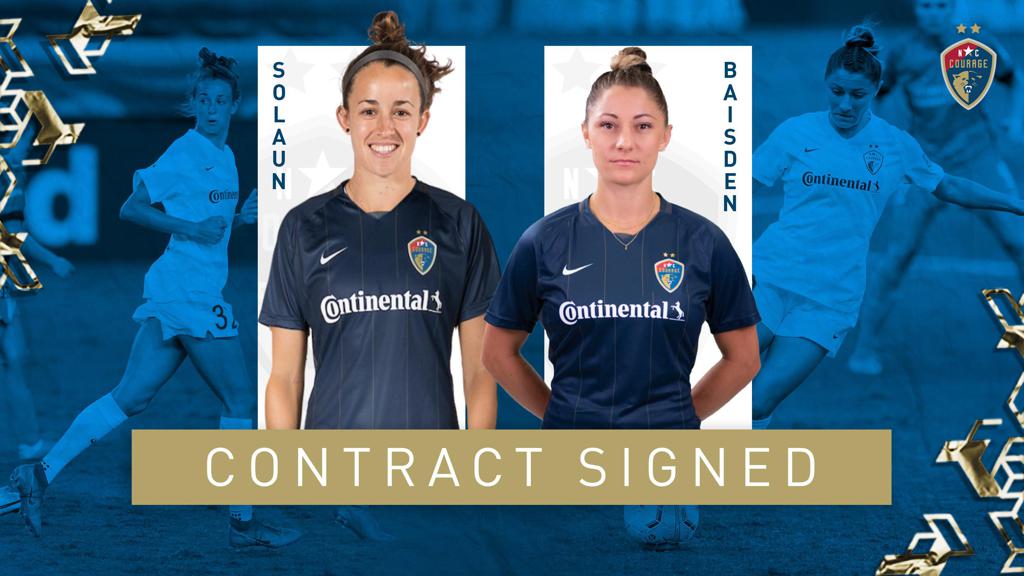 Baisden, the Pepperdine graduate and college roommate of Lynn Williams, played three games for 85 minutes in the Fall Series. She started two of the matches for the Courage. Baisden found Williams for her first professional assist against the Houston Dash on September 12.

“Rylee is quick, sharp, and has great ability in and around the box,” said NC Courage head coach Paul Riley. “She is a two-way player with an excellent range of individual qualities. She fits our player profile and will have an environment that will be challenging and at times uncomfortable. This uncomfortable zone is where top players evolve and mature. With her technical qualities and mindset, we expect Rylee to be an integral part of our 2021 campaign.”

Jamaican international Havana Solaun will join the Courage after two standout performances during the NWSL Fall Series. Solaun signed a short-term contract on September 30 and was available for the final two matches of the Fall Series, one of which she started. The midfielder brings World Cup experience to the team having played in the 2019 FIFA Women’s World Cup and scoring Jamaica’s first goal of the tournament.

“Havana is a soccer intellect,” said Riley. “She has soft feet, is an effortless passer of the ball, and has the ability to break any team down whether through a pass or on the dribble. It’s time for Havana to announce herself to the NWSL and I truly believe she can be a major impact for our team and stamp her ability on the league. She has pure talent, a great work ethic, and her top mindset bodes well for both her and the club as we attack our NWSL title.”