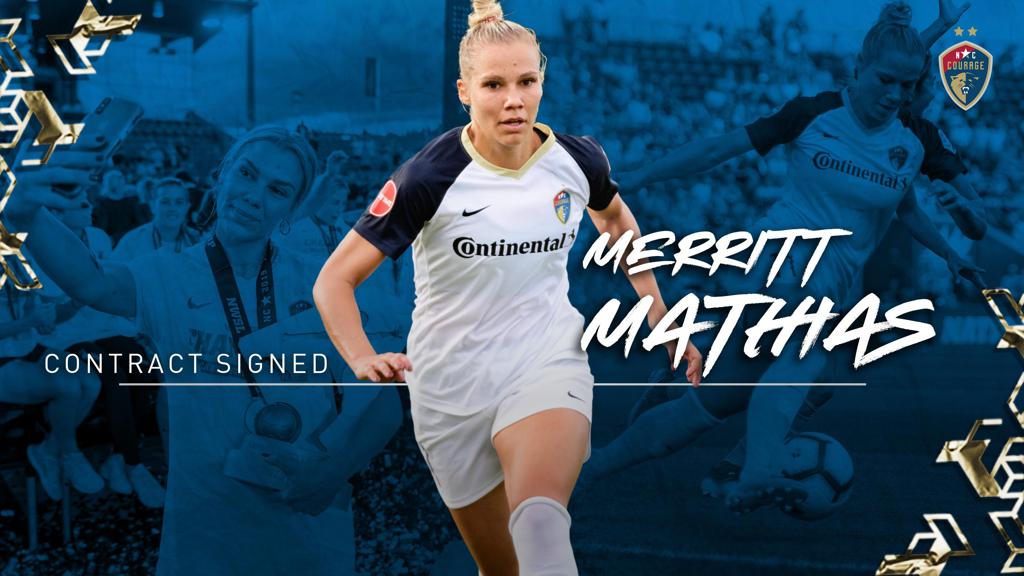 Cary, NC (January 8, 2021)- The North Carolina Courage announced today that defender Merritt Mathias has signed a one-year contract with a one-year option. Mathias has been a member of the NC Courage since 2018 and is entering her eighth season in the NWSL. With 142 regular-season appearances in the NWSL since 2013, Mathias is fourth all-time in appearances for the league.

“Having signed a healthy and vibrant Merritt is a huge jolt for our team,” said NC Courage head coach Paul Riley. “She is a juggernaut of attacking energy and has been a massive piece of our success over the past few years. She is experienced, tenacious, intelligent, and has fabulous one on one qualities that are difficult to find. I know she is eager to get back on the field and help the Courage attack our title.”

Mathias was traded to the Courage in January of 2018 from OL Reign. She made 24 appearances, all of which were starts, for 2,140 minutes in her first season with the team. She also scored three goals and had two assists. One of the assists came in the NWSL Championship game as Jessica McDonald headed her long strike into the net to help the Courage clinch their first NWSL title.

The defender played in 20 games for 1,772 minutes in 2019 before tearing her ACL against the Houston Dash on September 17. Before her season-ending injury, Mathias contributed five assists in 2019. Mathias did not participate in the NWSL Challenge Cup or NWSL Fall Series in 2020 as she continued to recover from her injury.