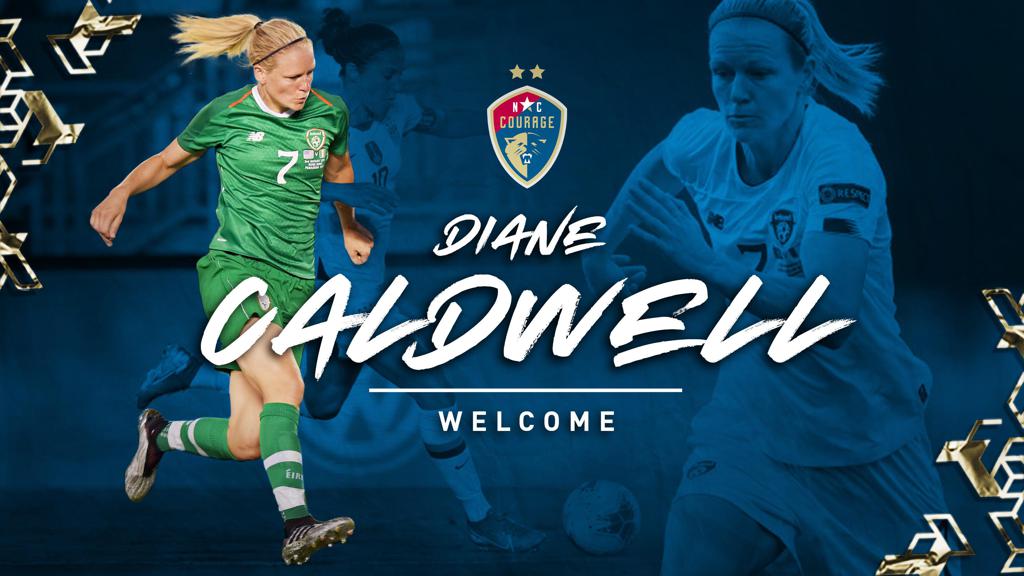 Cary, NC (January 19, 2020)- Irish international Diane Caldwell has signed a one-year contract with a one-year option with the North Carolina Courage, the club announced today. Caldwell brings 10 years of professional soccer experience to an already accomplished NC Courage defense. The contract is Caldwell’s first with a team in the NWSL.

“Diane has the experience, intelligence, and positional ability to be a great professional in the NWSL,” said NC Courage head coach Paul Riley. “She is a no-nonsense defender with excellent passing range and is a major threat on set pieces. She has the character and determination to be an immediate leader on our team. She is a super passionate professional who will embrace the Courage culture wholeheartedly.”

The Balbriggan, Ireland native has made 79 appearances with the Republic of Ireland since 2006. She has represented her country in Women’s World Cup qualifying and UEFA Women’s Euro qualifying, scoring a total of three international goals. Most recently, Caldwell played eight games for 706 minutes in the EURO 2022 qualifiers. As a member of the Courage, she will play alongside PFA International Ireland International Player of the Year ad NC Courage midfielder Denise O’Sullivan.

Caldwell will join the Courage from SC Sand in Germany where she played at the club level since 2016. The defender captained the team that plays in the Bundesliga. She appeared in 107 games with SC Sand in five seasons for a total of 7,979 minutes.