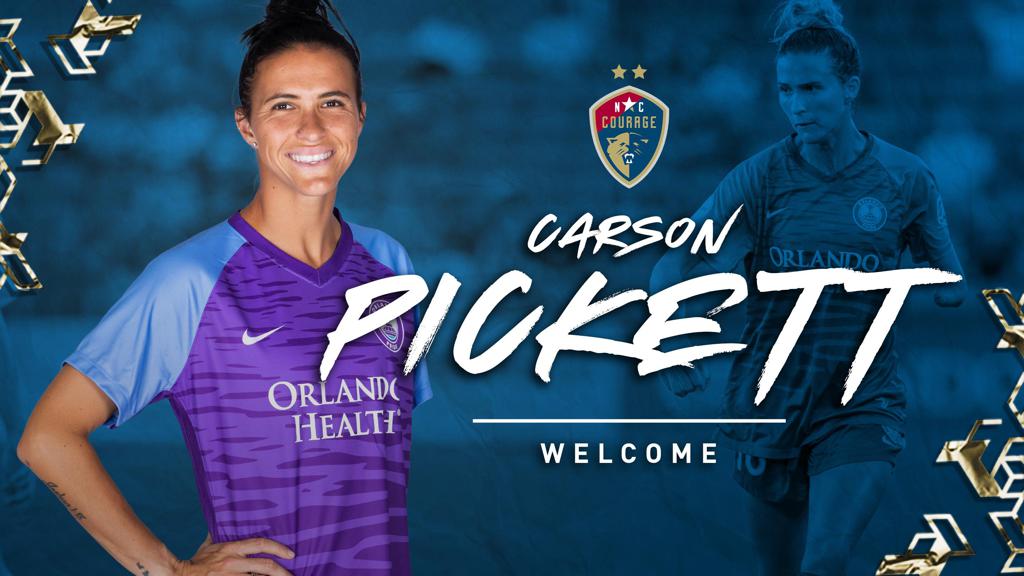 Cary, NC (February 4, 2021)- The North Carolina Courage have acquired defender Carson Pickett from the Orlando Pride for the rights to Jodie Taylor. Taylor’s rights and Taylor Smith were acquired from OL Reign in a trade in December. Pickett brings four seasons of experience in the NWSL and the W-League to the NC Courage.

“Carson has a super talented left foot, a great engine, and an excellent technical ability,” said NC Courage head coach Paul Riley. “We feel she fits our profile, and a fresh challenge will hopefully be beneficial to the player and to our club. A fabulous spirit and a desire to be the best are inherent qualities Carson has and in our environment, we think she can flourish and further develop many aspects of her game. She is a fantastic pick up as we continue rebuilding the squad and our squad depth.”

Pickett was selected fourth overall by OL Reign in the 2016 NWSL Draft. She played two seasons with the Reign, making 36 appearances, before being traded to the Orlando Pride. During the 2018 and 2019 seasons, Pickett made 39 appearances as a member of the Pride’s defense. She has played a total of 5,779 minutes in the NWSL.

During the NWSL offseason, Pickett has gone on loan to the Brisbane Roar of the W-League every year since she was drafted. She has made 35 appearances and scored six goals for Brisbane.

Following the Pride’s withdrawal from the 2020 Challenge Cup, the defender went on loan to the Apollon Ladies but did not make an appearance for the team. She returned from loan to the Orlando Pride ahead of the 2021 season.

Pickett played collegiately at Florida State University. She represented the United States at the international level for both the U-17 and U-23 teams.

The NWSL will begin competitive play on April 9 with the second edition of the Challenge Cup prior to the start of a 24-game regular season on May 15. For key NWSL dates, click here.