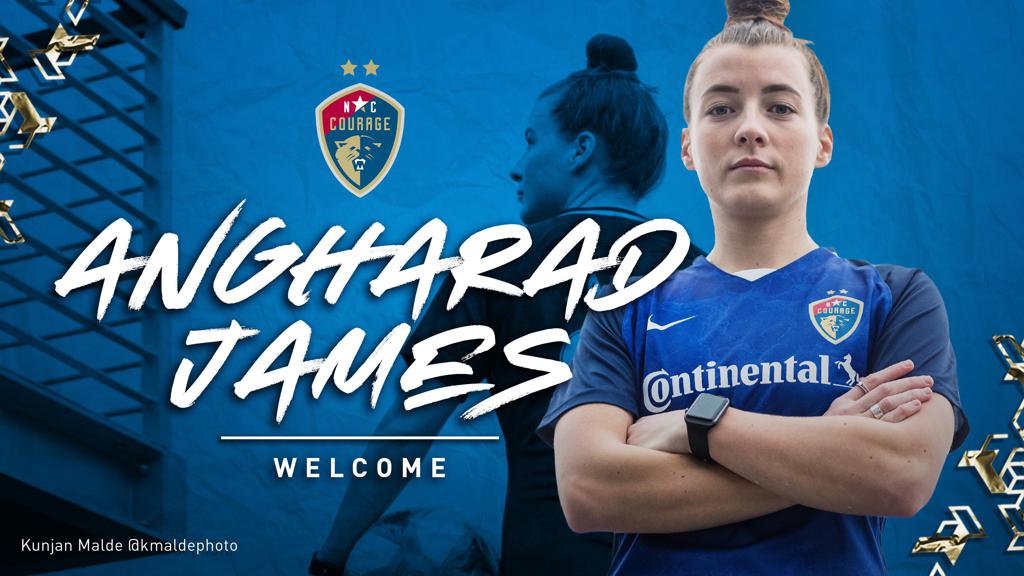 Cary, NC (February 24, 2021)- Wales international Angharad James has signed a two-year contract with the North Carolina Courage the club announced today. James will join the Courage on a date mutually agreed upon by the Courage and Reading that will be announced at a later time. The midfielder was in training camp last week with the Welsh Women’s National Team ahead of Women’s World Cup qualifying.

“Angharad is a true competitor and will thrive in our environment,” said NC Courage head coach Paul Riley. “She is intelligent, tough, and has the ability to improve all of those around her. She will be a stabilizing force in our midfield and her understanding of tactics will help us adapt our formations for the new season. She has an excellent range of passing and is a shrewd reader of the game. We are super excited to see her further her game in the NWSL.”

In her club career, James has played for six FA WSL teams including Everton, Arsenal, Yeovil Town, Notts County Ladies, and Bristol Academy. At age 16, she made her debut with the Arsenal first team, appearing in the UEFA Women’s Champion League. Since then, she has made 135 Women’s Super League appearances.

James has played 29 matches since joining Reading in 2019. She has started all 15 games for her team during the 2020/2021 season. James is ranked the top defensive midfielder in the FA WSL based on dispossessions, tackles won, interceptions, successful pressures, and recoveries.