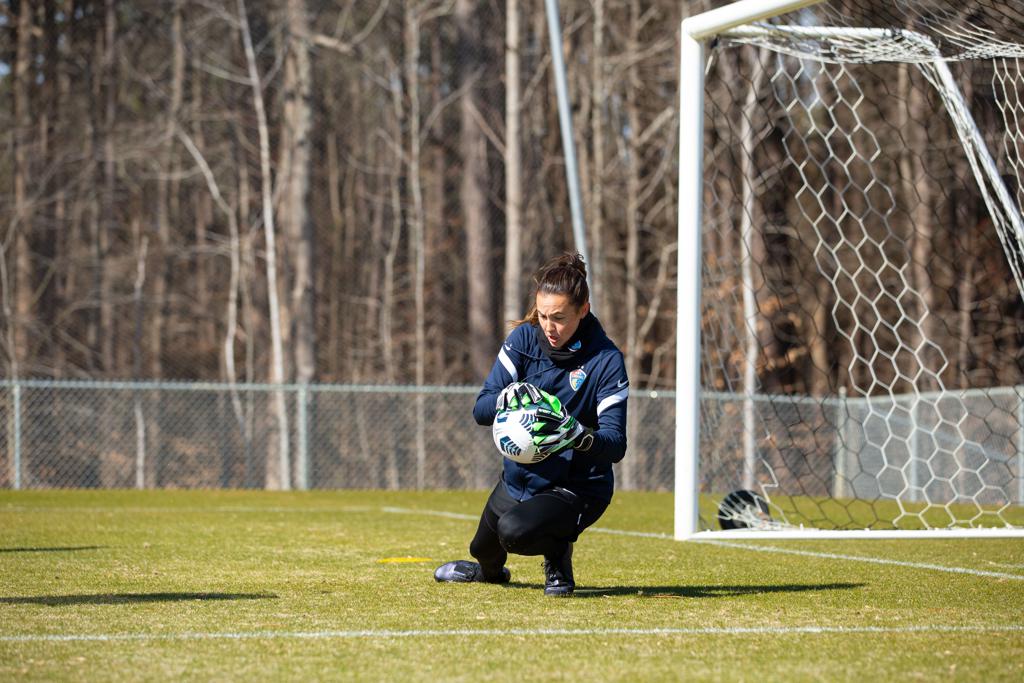 Cary, NC (February 26, 2021)- The North Carolina Courage opened up their preseason tonight against Wake Forest University with a 6-0 win. Paul Riley rotated through his preseason roster as six different players scored a goal.

Carson Pickett scored the first goal of preseason just minutes into the match. Jessica McDonald came down the left side of the field, cut the ball to her right foot, and passed the ball to Pickett. Pickett used her natural left foot to take the shot that deflected off a Wake Forest defender and into the goal.

Pickett repaid the favor and assisted McDonald’s goal which came just two minutes later. McDonald one-touched Pickett’s pass into the net. Hailie Mace then put herself on the score sheet with the third goal of the match. Mace capitalized on a ball played over the Wake Forest defense and easily chipped it over the goalkeeper’s head.

The second half saw new faces in every position as the Courage rotated in 11 players throughout the half. Elizabeth Addo scored the fourth goal of the game in her first preseason appearance with her new team. Ryan Williams crossed a shot that was deflected into the box by the Wake Forest goalkeeper. Addo connected with the deflection, putting the ball in the net.

Rylee Baisden scored next, Meredith Speck serving up the perfect assist. Speck played the ball from the left side and Baisden connected inside the box, putting a stinger in the back of the net using the outside of her right foot. Trialist Abby Elinsky scored the sixth and final goal of the rainy evening.

The Courage will play UNC in their next preseason match on Saturday, March 6. The match will be closed-door with updates provided on the NC Courage social media accounts.