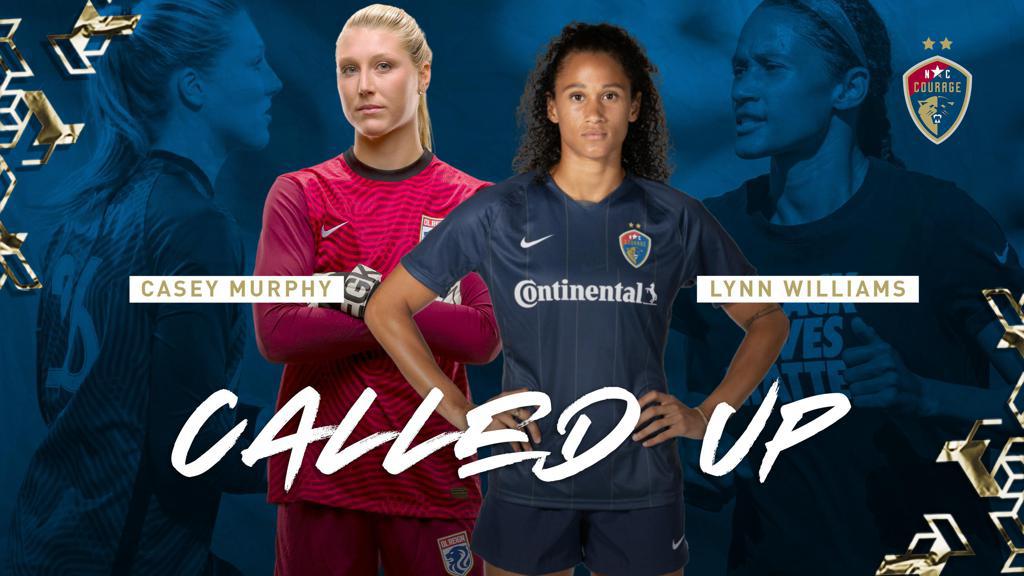 CHICAGO (March 23, 2021) – U.S. Women’s National Team head coach Vlatko Andonovski has named 23 players for the trip to Europe during the April FIFA international match window that will feature friendly games against Sweden in Stockholm (April 10 at 1 p.m. ET on FOX) and France in Le Havre (April 13 at 3 p.m. ET on ESPN2).

The roster includes 17 NWSL players and six currently playing in Europe. Twenty-one of the players were on the U.S. roster for the 2021 SheBelieves Cup tournament which the USA won at the end of February in Orlando, Fla. Andonovski will name 18 players to suit up for each match. There will be no fans in the stands for either game.

“I give our larger pool of players credit for always making selections difficult, but this group going to Europe has shown consistent quality in their performances as well as in their abilities to contribute to the overall chemistry of the team,” said Andonovski. “We still have much evaluation to do from trainings, international matches, NWSL matches and overseas club matches before selecting the Olympic Team, but I’m really looking forward to these two games for what adversity they will bring. The exciting thing is that I know our players have the talent and mentality to meet those adversities with a great energy and overcome them.”

As was the case during all U.S. Soccer activity during the pandemic, the U.S. players and staff will operate inside highly controlled environments at the team hotels in Sweden and France. The staging of the training and the matches will fall under the comprehensive U.S. Soccer Return to Play Protocols and Guidelines and in accordance with the UEFA Return to Play Protocols, with stringent collaboration with the Sweden Football Association and the France Football Federation. The U.S. delegation has received an exemption from quarantine provided to professional sports organizations. Everyone entering the environment will be tested for COVID-19 before traveling, upon arrival and every two days thereafter. The USA will not begin full team training in Europe until the results of all arrival tests are confirmed.

• This will mark the fifth trip to Europe for friendly matches that the USWNT has undertaken in as many years, with four of those being two-game sets. In 2017, the USA played at Sweden and Norway in June. In 2018, the USA finished the year with games at Portugal and Scotland. In 2019, the USA started the year at France and Spain, and in 2020 the USA played at the Netherlands in November.

• During those previous seven friendly matches in Europe, the USA went 6-1-0, but five of those wins were by 1-0 scores, and one, against the Dutch, was 2-0.

• The most recent meeting between the USA and Sweden came in Vlatko Andonovski’s first match as USWNT head coach on Nov. 7, 2019, a 3-2 U.S. victory. The USA also faced Sweden in group play at the 2019 FIFA Women’s World Cup, a 2-0 U.S. win in Le Havre in the final group stage match.

• The USA has played Sweden 40 times in its history, but only three of those matches have been in Sweden. The USA last played in Sweden on June 8, 2017, in Gothenburg, a 1-0 win on a goal from Rose Lavelle.

• The three most recent meetings in France produced two France wins, 2-0 in Lorient in February of 2015 and 3-1 in Le Havre in January of 2019, and one U.S. victory, that coming in Paris at the World Cup.

• This will be the first meeting with France since the epic quarterfinal clash at the 2019 FIFA Women’s World Cup in Paris, a 2-1 triumph for USA on two Megan Rapinoe goals before advancing on to win the tournament.

• Stade Océane is a familiar venue for the U.S. women as the team played there in January of 2019 against France, a 3-1 loss, and in its third match of group play in June of 2019 at the World Cup, a 2-0 win against Sweden.