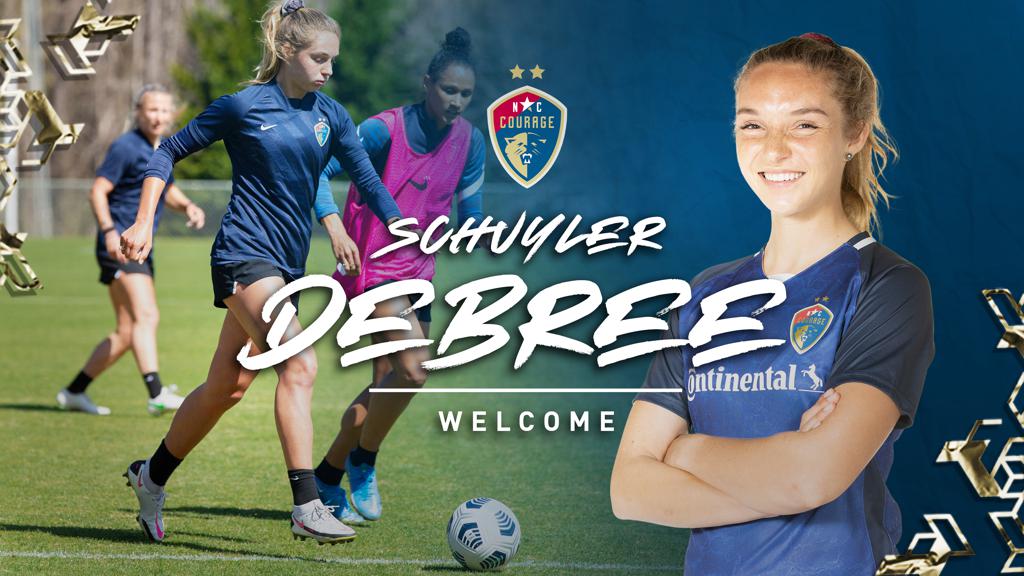 Cary, NC (March 24, 2021) - The North Carolina Courage have traded their 2022 3rd round draft pick to OL Reign for the rights to defender Schuyler DeBree, the club announced today. Debree has been signed to a two-year contract.

The 24-year-old was drafted 11th overall by the Washington Spirit in 2018, though never made an appearance for the club. She signed with Czech Republic side AC Sparta Praha in July 2018, where she won the Czech First Division title during the 2018-2019 season, before moving on to Reign FC (now OL Reign) of the NWSL in July 2019.

"Schuyler has an incredibly wide range of tools," said Head Coach Paul Riley. "Super comfortable with the ball, excellent physical attributes, savvy positionally, and fabulous organizational qualities. She has been a huge bright spot in preseason, and once she gets NWSL experience under her belt we think she can become a major staple for this club."

The Fair Haven, N.J. native played college soccer for nearby Duke University, where she made 78 appearances with the Blue Devils and was named ACC Defensive Player of the Year in 2017. DeBree has also trained with the US Youth National Team at the U14, U15, U18, U19 and U20 levels.

In other news, the Courage have waived defender Sinclaire Miramontez. Miramontez made one appearance for the Courage in the 2020 Fall Series.

The Courage kick off the 2021 NWSL Challenge Cup against the Washington Spirit on Saturday, April 10 at 3:30 PM at Sahlen’s Stadium at Wakemed Soccer Park. The game will stream live on Paramount+. Season tickets are available, and information can be found here.