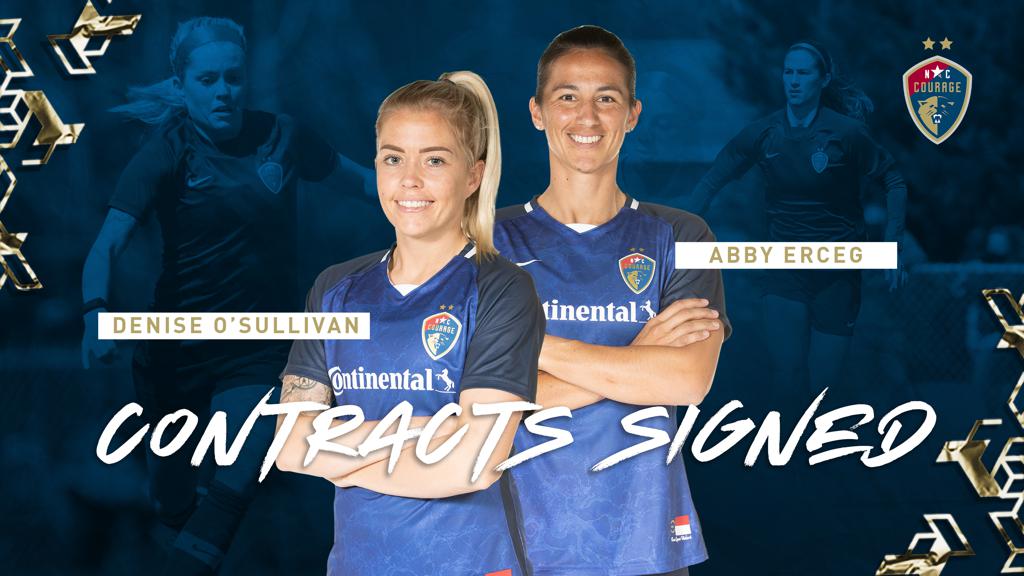 “Abby has been massive to this club’s success,” said Head Coach Paul Riley. “From leadership to pure knowledge of the game to an unrivaled fitness regime, Kiwi has become the best defender in the NWSL. Having her sign a longer term contract shows the club’s aggressive mentality toward improvement. She has so many tools and so much respect from the squad. I’ve coached some great leaders, but Kiwi is special and she understands that habits are the invisible architecture of a daily professional’s life. She is a fabulous pro, and she bleeds commitment to the club.”

O’Sullivan, an Irish international, has been a linchpin in the midfield since coming to the Courage in 2017, and was voted team MVP by her teammates in 2018 and 2019. She logged the second-most minutes on the field for the Courage during the 2019 season.

“Sully has been an integral part of our club’s success,” said Riley. “She is the engine room, the architect, the inspiration and the leader of a very good midfield unit. Knowing Sully will be here for at least three more years will be music to the ears of all Courage fans. What a player she has developed into. She is a pocket battleship with skill, vision, and a heart the size of a lion. Nothing intimidates her, and her consistency is a huge reason for her massive success here. The future bodes well for the club when we can sign our best players to long term contracts.”

Since 2011, O’Sullivan has logged 80 appearances for the Irish Women’s National Team and scored 11 goals. During the NWSL offseasons in 2018, 2019, and 2020, O'Sullivan also played on loan for Australian W-League clubs Canberra United and Western Sydney Wanderers and English club Brighton & Hove Albion.

Erceg became captain of the Western New York Flash in 2016 after stints with the Chicago Red Stars and AS Elfen Saitama in Japan. She also has the distinction of being both the youngest player to reach 50 caps, as well as the only player to reach 100 caps, for the New Zealand Women’s National Team.

The Courage kick off the 2021 NWSL Challenge Cup against the Washington Spirit on Saturday, April 10 at 3:30 PM at Sahlen’s Stadium at Wakemed Soccer Park. The game will stream live on Paramount+. Season tickets are available, and information can be found here.