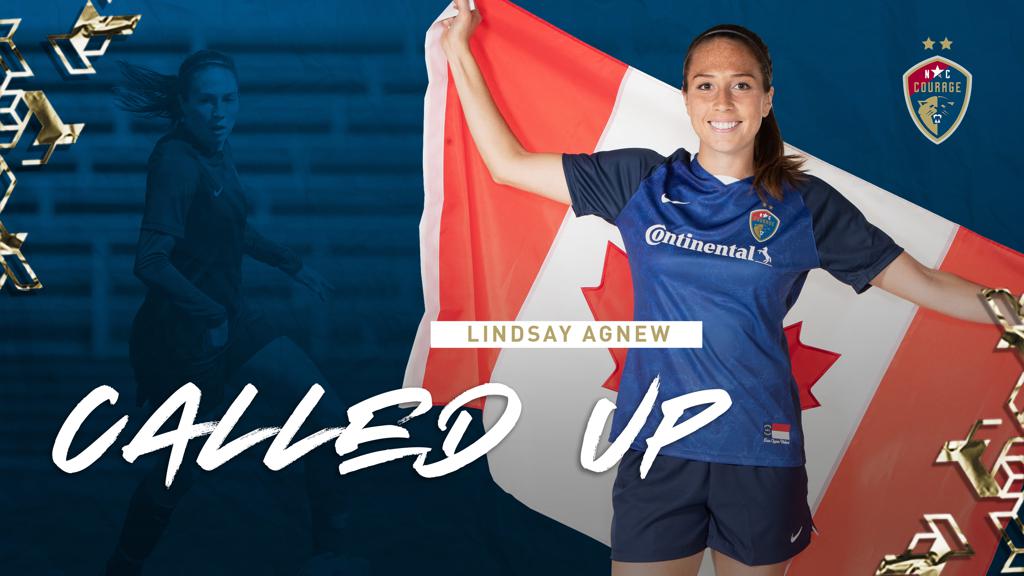 Cary, NC (April 1, 2021) - North Carolina Courage defender Lindsay Agnew has been called up for international duty with the Canadian Women’s National Team for a pair of April friendlies in the UK.

Canada will travel to the UK to face Wales on April 9th and England on April 13th as preparations continue for the Tokyo Olympic Games.

Agnew, who has recorded 15 caps with the national team since 2017, was added to the Courage in June of 2020 and spent the majority of last season on loan at Swedish team KIF Örebro. She was most recently a part of Canada’s roster for the SheBelives Cup in February, where she came on as a sub in a 2-0 loss to Brazil.

Agnew and the NC Courage open their 2021 Challenge Cup campaign at Sahlen’s Stadium at WakeMed Soccer Park against the Washington Spirit on Saturday, April 10 at 3:30 PM. Season tickets are available here or by calling the box office at 919-459-8144.