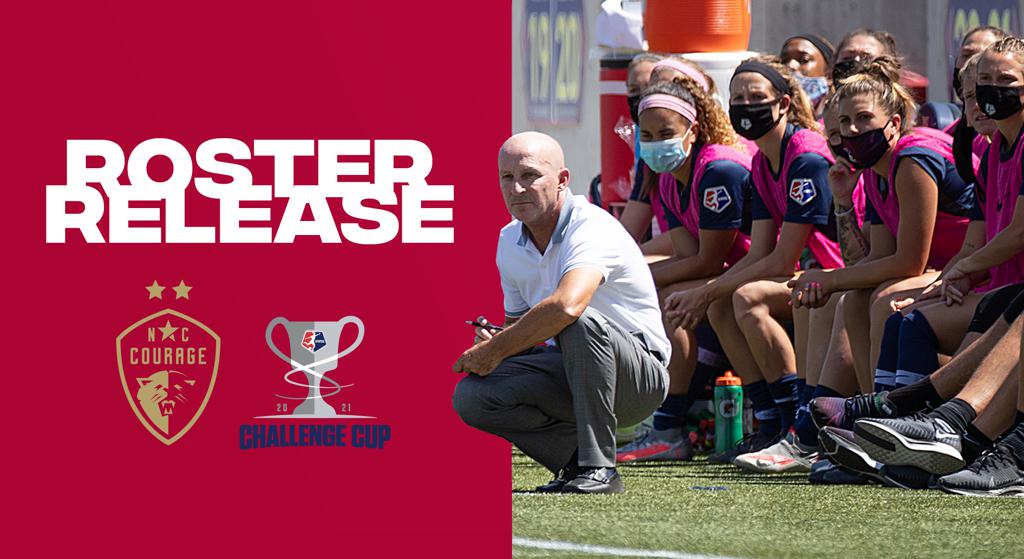 Cary, NC (April 5, 2021) – The North Carolina Courage, looking forward to playing in front of fans in the 2021 NWSL Challenge Cup presented by Secret Deodorant and in the regular season, have released their 2021 roster. With tickets sold out for the May 1st match vs. Orlando Pride and less than 500 tickets remaining for the April 10th opener against the Washington Spirit, the Courage will take the field at Sahlen's Stadium with a strong, balanced roster and mounting excitement from both the fans and players alike.

"This season will be a massive challenge for our entire group," said Head Coach Paul Riley. "We have some big holes to fill and some young new talent to fill them. We have a squadistic approach coming into an Olympic year, and we will need everyone at their best to be successful. It’s been a long, arduous preseason, but there is tremendous optimism around camp. We fully expect this squad to meet the challenges of the NWSL. We have a combination of experience, youthful exuberance and dynamic players that will take some time to gel, but once we find the right combinations and balance we will be exciting to watch."

The defending NWSL Champions will see long-time roster fixtures Lynn Williams, Debinha, Jessica McDonald, Denise O'Sullivan, Katelyn Rowland, Kristen Hamilton, Meredith Speck, and captain Abby Erceg return for their fifth season with the Courage. This also marks Erceg's fifth consecutive season as the Courage captain. The five-year veterans are joined by notable new signings Diane Caldwell and Angharad James. In addition, the off-season acquisitions of Carson Pickett and Casey Murphy will help to further bolster the already staunch Courage backline. Hailie Mace is primed to break out in her first full season with the Courage. Merritt Mathias is set to return to the field after an ACL injury near the end of 2019.

Elizabeth Addo was granted her request to mutually terminate her contract so she could pursue an overseas opportunity.

NC Courage 2021 draft pick Deanne Rose will remain in college to compete in the Spring NCAA season, while draftees Alyssa Malonson and Myra Conte will compete for their colleges in both the spring and fall. The Courage will retain their NWSL rights.

The team will start off 2021 this Saturday, April 10th at 3:30 PM against the Washington Spirit at Sahlen’s Stadium at Wakemed Soccer Park. The game can be viewed on Paramount+. Remaining tickets can be purchased here.