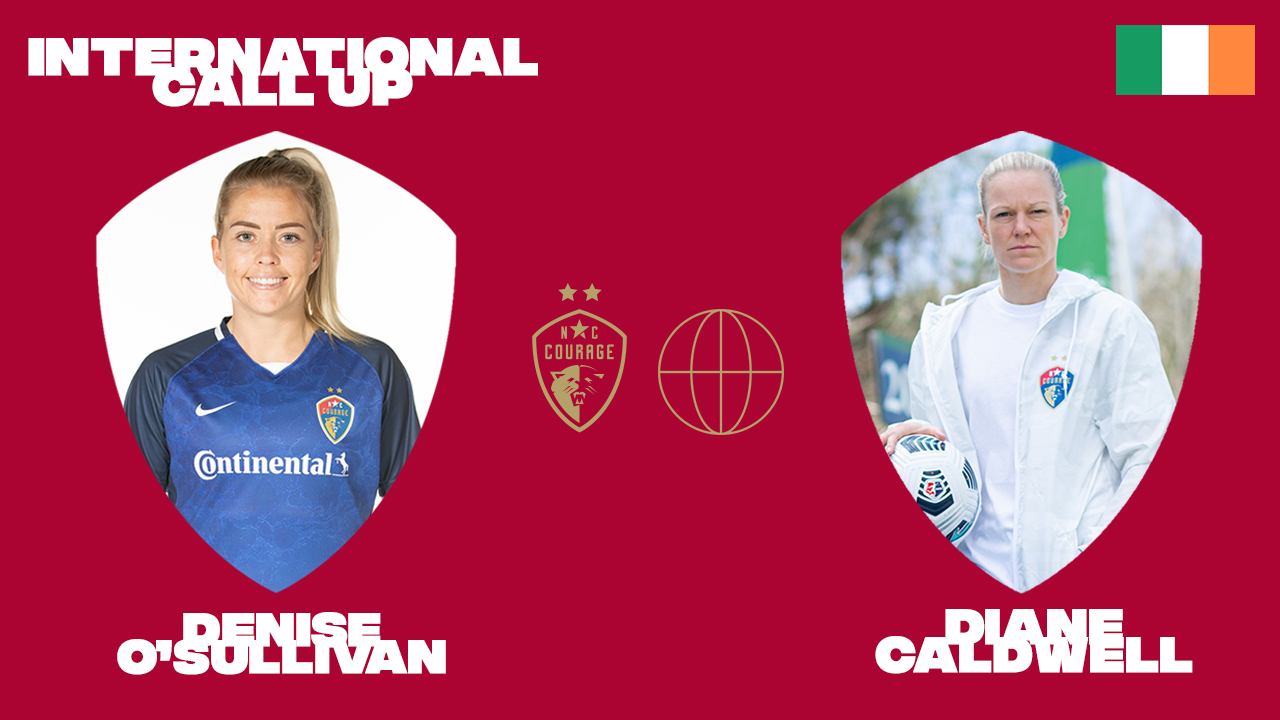 Cary, NC (April 6, 2021) – The North Carolina Courage announced today that midfielder Denise O'Sullivan and defender Diane Caldwell have been called up to the Republic of Ireland Women's National Team for a pair of friendlies. The Irish will first host Denmark on Thursday, April 8th before traveling to Belgium for a second friendly on Sunday, April 11th.

O'Sullivan, who two weeks ago inked a new long-term contract with the Courage, has logged 80 appearances since 2011 for the Republic of Ireland Women’s National Team and scored 11 goals. Caldwell, who signed for the Courage in January, has made 79 appearances for her country since 2006, scoring a total of three goals.

The NC Courage open their 2021 Challenge Cup campaign at Sahlen’s Stadium at WakeMed Soccer Park against the Washington Spirit on Saturday, April 10 at 3:30 PM. Tickets are available here.