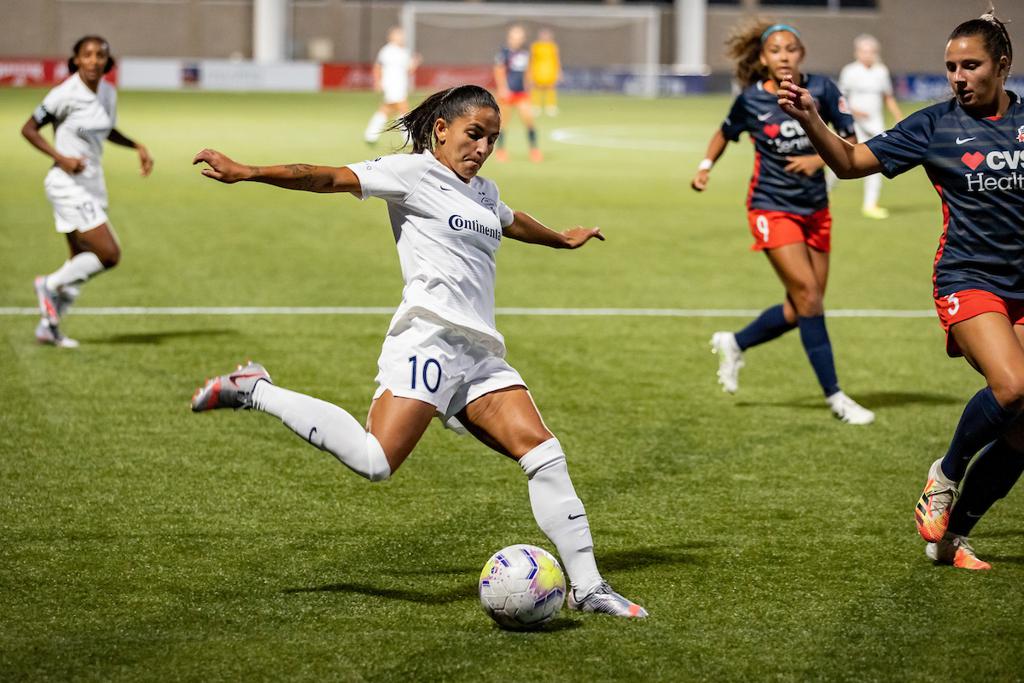 Cary, NC (April 8, 2021) - The North Carolina Courage kick off their 2021 Challenge Cup campaign at Sahlen's Stadium at WakeMed Soccer Park this Saturday, April 10 at 3:30 P.M. ET. The Courage will look to start strong with the club welcoming fans back for in-person spectating for the first time since the Courage secured the NWSL Championship in October of 2019. The excitement level is escalating with limited tickets remaining for the April 10 matchup vs. Washington and tickets already sold out for the May 1st match vs. Orlando.

To ensure a safe and exciting experience for fans, the North Carolina Football Club has implemented a wide range of safety protocols for the 2021 season including a mask requirement, socially distanced seating, temperature checks at entry gates, and sanitizing stations. A complete rundown of health and safety info can be found here. Additionally, only clear bags are allowed to be brought into the stadium. Clutch purses and diaper bags accompanied with an infant are allowed. Backpacks, bags and purses are not allowed to be brought into the stadium.

The 2021 NWSL Challenge Cup presented by Secret Deodorant will see the league’s 10 teams organized into two divisions for 21 total matches. Each team will play two matches in their home markets. The Courage start off Saturday, April 10 at home against the Spirit before traveling to face Gotham FC on Tuesday, April 20 and Racing Louisville FC on Monday, April 26. The team rounds out the tournament at home on Saturday, May 1 against the Orlando Pride. The club from each division with the most points will then compete in the Challenge Cup Final, scheduled for May 8 on CBS. The championship site will be determined by the league at a later date.

With some of the Courage players away on international duty for the opener vs. the Spirit, an opportunity arises for others to make their mark early in 2021. The squad will look to Jessica McDonald, the NWSL's second all-time leading scorer, to provide leadership and quality in the first match and beyond. Following a strong preseason, Hailie Mace is primed for a breakout second season with the Courage. Debinha will also be available following the cancellation of Brazil's international camp.
_______________

Players to Watch Presented by Jublia:

Former Courage draft pick and Washington forward Ashley Hatch is sure to be an integral part of the Spirit's attack. Hatch spearheaded the attack for the Spirit during the five matches of the 2020 edition of the Challenge Cup, scoring and assisting once each while also leading the team in shots and shots on goal with nine and six, respectively.