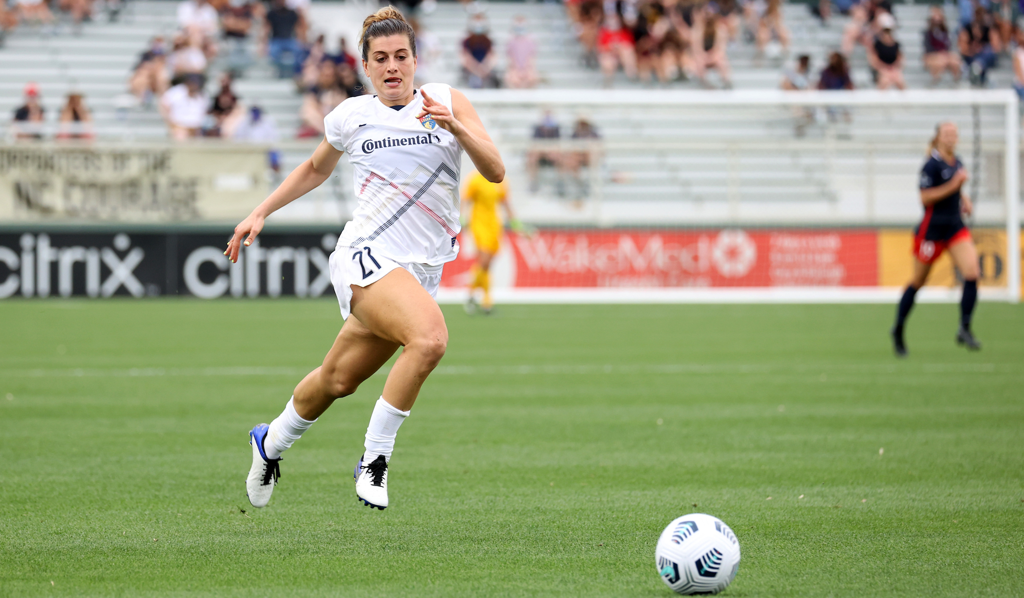 Cary, NC (April 18, 2021) - The North Carolina Courage will hit the road to take on NJ/NY Gotham FC on Tuesday, April 20, at 6 p.m. ET. Both teams are coming off a victory in their respective debuts in the 2021 Challenge Cup presented by Secret Deodorant.

North Carolina looks to add to the win column Tuesday against Gotham FC with a stacked squad following the return of Lynn Williams, Casey Murphy, Denise O’Sullivan and Diane Caldwell from their respective international duties.

Players to Watch Presented by Jublia

Courage forward Jessica McDonald recorded one goal and one assist in an impactful performance against the Washington Spirit in the first match of the Challenge Cup. In her last regular-season appearance against NJ/NY Gotham FC (10/12/19 — then Sky Blue FC), McDonald scored two goals in three shots on goal for the Courage. The striker was rewarded for her efforts this past week, being named the NWSL’s Budweiser Woman of the Week.

In her third season with the club, Paige Monaghan has made a strong impact in the attack for the newly rebranded NJ/NY Gotham FC.  In the club's debut match of the 2021 Challenge Cup, Monaghan scored the lone goal of the game, giving her team the win over Orlando Pride. The 25-year-old forward brings speed, technical ability, and crafty movement off the ball, presenting a challenging match-up for any defensive line.

The Courage kicked off the tournament with a 3-2 home win over the Washington Spirit on April 10. Forward Jessica McDonald had a standout performance with one goal and one assist, earning herself the title of the NWSL’s Budweiser Woman of the Week. The contest also featured the return of defender Merritt Mathias, who extended the Courage lead with a goal in the 51’. That match marked Mathias’ first appearance in the Courage lineup since her ACL injury in 2019.

Following the match this Tuesday, the Courage will face Racing Louisville FC on Monday, April 26, at Lynn Family Stadium in Louisville, KY, for their third match of the tournament. The team will round out the tournament at home on Saturday, May 1, against the Orlando Pride. Tickets for that game are sold out.