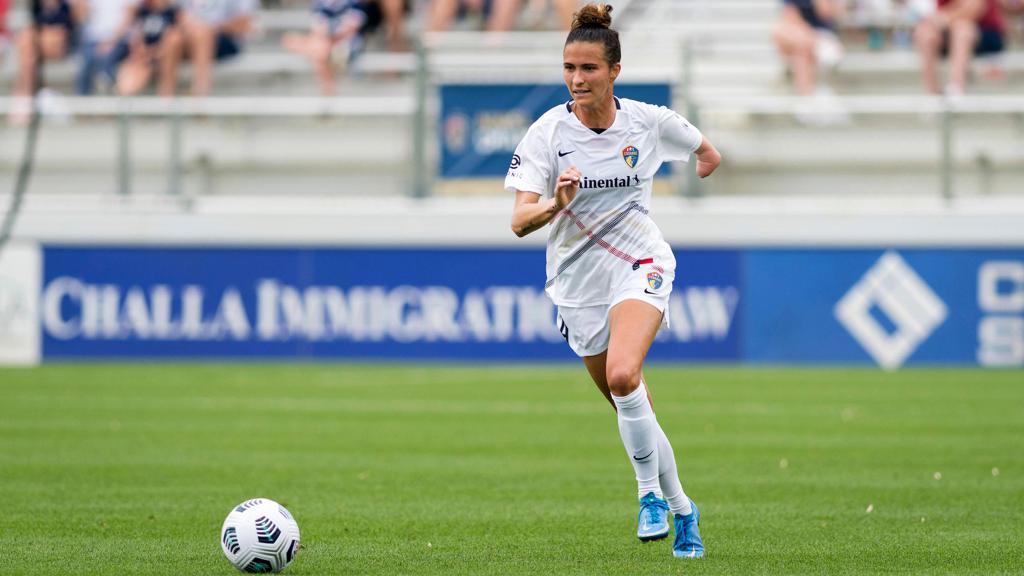 CARY, NC (April 24, 2021) - North Carolina Courage will have the chance to get back in the win column when they visit Racing Louisville FC on Monday, April 26. This meeting marks the first between the two teams in franchise history.

Players to Watch presented by Jublia

Carson Pickett, recently acquired by the Courage from Orlando Pride in February, has made an early and impressive impact in the North Carolina backline. A four-year veteran of the NWSL, Pickett brings remarkable leadership and game intelligence, and is admired by her new teammates for her precise services and quick decision-making. Pickett and Courage forward, Jessica McDonald, have made an instant connection on the pitch, as McDonald notes Carson’s early impact:

“She reads my runs well, and quickly learned where I like to receive the ball. She plays dimes!” McDonald said. “I thought she was going to have big shoes to fill, with the absence of Jaelene Hinkle and Crystal Dunn. But she didn't have any shoes to fill. She brought her own and they were already full.”

Emily Fox, No. 1 overall pick in the 2021 NWSL Draft, brings a well-rounded skill set to Racing Louisville in their inaugural season with the league. While rostered as a defender, Fox’s versatility and attacking mindset makes her a strong asset to the Louisville midfield and attack. Fox has played every minute of Louisville's Challenge Cup Campaign, notching an assist in her first match as a pro.

The UNC-Chapel Hill alumna brings international experience, with four caps for the U.S. Women’s National Team. Her speed, technical ability and hunger to drive forward will be a challenging test for the Courage side.

On Tuesday, April 20, the Courage clashed with the newly-rebranded NJ/NY Gotham FC (formerly Sky Blue FC) in a high-scoring, hard-fought battle, but fell 4-3 on the road at Montclair State University in Montclair, NJ. Gotham was on the board first with a goal from forward Midge Purce in the 18th minute. Courage midfielder Debinha responded, scoring a pair of goals just two minutes apart (21’ and 23’) to give North Carolina a temporary lead. Gotham would waste no time taking the lead with consecutive goals from Purce and Carli Lloyd before the half. A second-half goal (50’) from forward Jessica McDonald pulled the Courage even again, but Gotham FC forward Evelyne Viens slammed the door shut with a goal in the waning minutes of stoppage time.

NC Courage will return home to Sahlen’s Stadium at WakeMed Soccer Park for a sold-out match against the Orlando Pride on May 1, rounding out the group stage of the 2021 NWSL Challenge Cup. The game will air live on CBS Sports Network at 7:30 p.m. ET.

The Courage and Pride faced off twice during the 2020 Fall Series, both matches resulting in a tie. Brazilian midfielder Debinha scored a brace and recorded one assist in the teams’ most recent meeting on Saturday, Oct. 17, 2020 in Orlando, FL.