The Courage will kick off their 2021 NWSL regular season on the road against OL Reign on Saturday, May 15 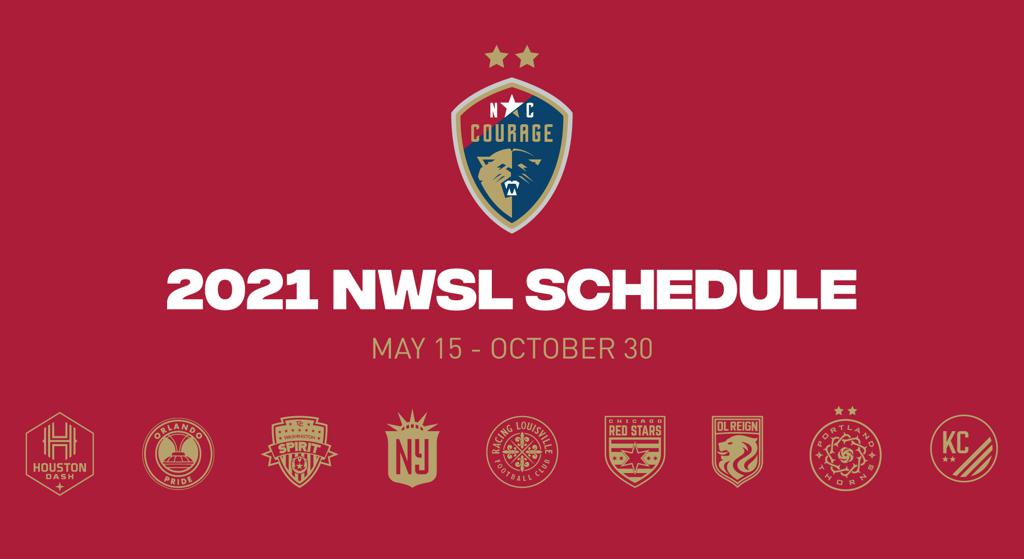 CARY, N.C. (April 27, 2021) – The North Carolina Courage will play a 24-game NWSL schedule, as released by the league today. The team will play 12 home and 12 away games, with at least one home match against each of the other nine teams in the league. The NC Courage will look to compete for a third NWSL Championship and fourth NWSL Shield.

The Courage’s season kicks off Saturday, May 15 at 10 p.m. ET on the road against OL Reign. The team will then return to Sahlen’s Stadium at WakeMed Soccer Park on Saturday, May 22 for their home opener against the Orlando Pride at 7 p.m. ET.

The top six teams at the end of the regular season will advance to the expanded NWSL Playoffs, with the top two seeds receiving a first-round bye. The league will close out the 2021 campaign with the 2021 NWSL Championship on Nov. 20.