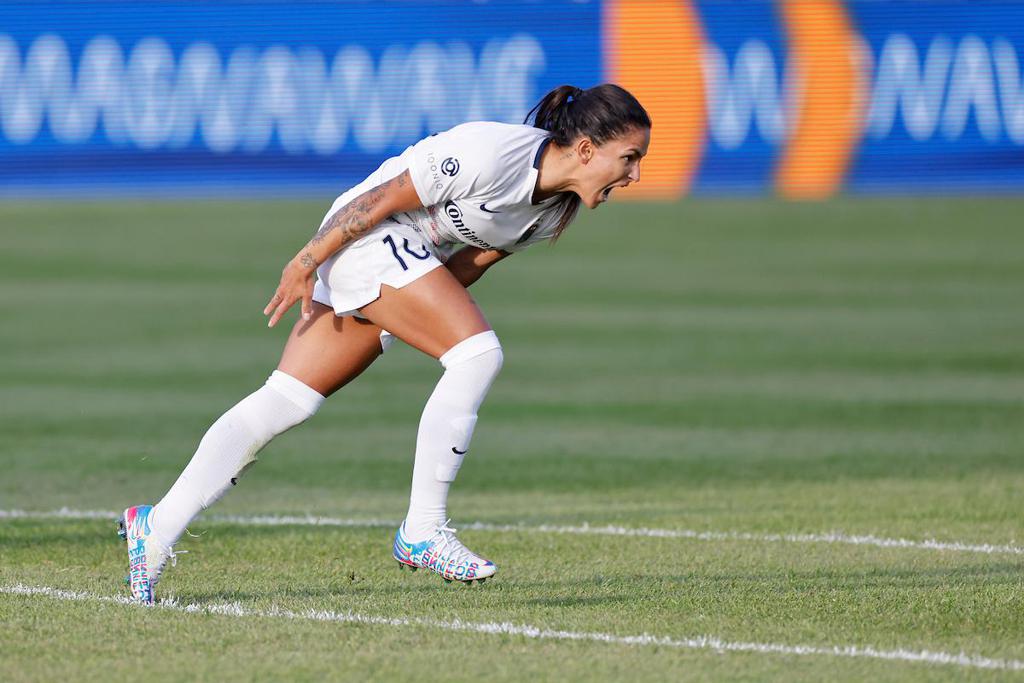 The National Women’s Soccer League announced today that North Carolina Courage forward Debinha has been named the Most Valuable Player of the 2021 NWSL Challenge Cup presented by Secret Deodorant. Appearing in four contests and notching 357 minutes of playing time, the Brazilian striker tallied a tournament-leading three goals to help her team to a 2-1-1 record.

Beginning her fifth season with the Courage, Debinha excelled throughout the Challenge Cup, and shined in North Carolina’s second match of the tournament against NJ/NY Gotham FC, scoring two goals to lead the Courage’s offensive effort. Following her performance against Gotham FC, she scored a critical game-tying goal before forcing an own goal to help the Courage to a 3-2 victory over Racing Louisville FC. The forward also created several offensive scoring chances for the Courage throughout the tournament, notching a league-leading 16 shots.

“Debbie is a game changer, a game winner and games bring out her best qualities. She has continued to develop all aspects of her game and is the ultimate professional now,” said North Carolina head coach Paul Riley. “When you pay admission you want to see players like Deb express themselves and the incredible consistency of her game has, in my opinion, elevated Deb to the top player in the world. We are privileged to have her in our league and we are privileged to see masterclass evolving in front of our eyes. She was sparkling in the Challenge Cup and her appetite for competition shows her determination to reach new levels.”

Voting for the Tournament MVP was done by the NWSL Media Association. Gotham FC goalkeeper DiDi Haracic and Portland Thorns FC forward Christine Sinclair were also finalists for the honor.
Debinha and the Courage make their regular-season debut Saturday, May 15 on the road against OL Reign at 10 p.m. ET. The full schedule for the 2021 NWSL Regular Season can be viewed here.