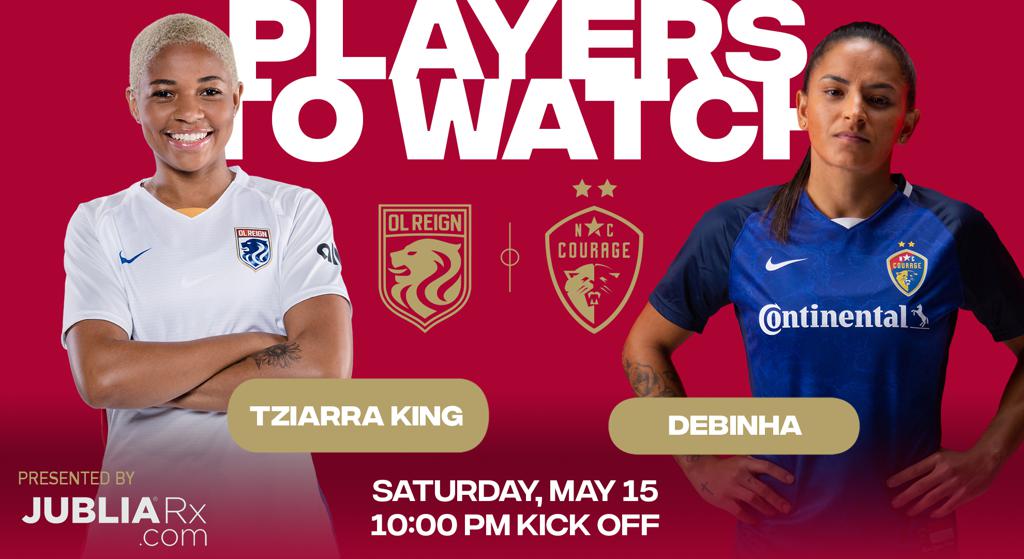 The Courage will look to assert their dominance as two-time NWSL champions during this weekend’s season opener, hoping to claim three points as they face their West Coast opponents. The last time these two teams faced off took place more than a year-and-a-half ago during the 2019 NWSL Semifinal match on October 20, 2019, in which the Courage defeated the Reign in commanding fashion, 4-1, to advance to the NWSL Championship.

Recently named the 2021 Challenge Cup’s Most Valuable Player, Debinha has scored three goals, tallied eight key passes, and made two successful crosses in the Courage’s last four contests. When combining her ability on the ball, her quickness of play, and lethal shot from the eighteen, Debinha is nothing short of a complete player -- and will look to add her name to the scoresheet in this weekend’s season opener.

King, who was recently traded to the OL Reign from the Utah Royals (now Kansas City NWSL), scored a goal to lift the Reign to a 3-2 victory over the Chicago Red Stars in the group stage of this year’s Challenge Cup. Throughout the tournament, King also maintained a 78.3% passing success rate and a 60% success rate in tackles, appearing in four matches for a total of 184 minutes --  an impressive feat for a player only entering their second NWSL season.

The NC Courage tied 0-0 in a hard-fought match against the Orlando Pride at home on May 1 in what would be their final match of the Challenge Cup presented by Secret Deodorant. Standout defensive performances from Carson Pickett and goalkeeper Casey Murphy rendered the Pride scoreless throughout the game, as the Courage earned a point and concluded the group stage of the tournament with a 2-1-1 record.

The Courage return home to face Orlando Pride for a sold out match on Saturday, May 22 at 7:00 p.m. ET. Find more information on becoming a season ticket member here.