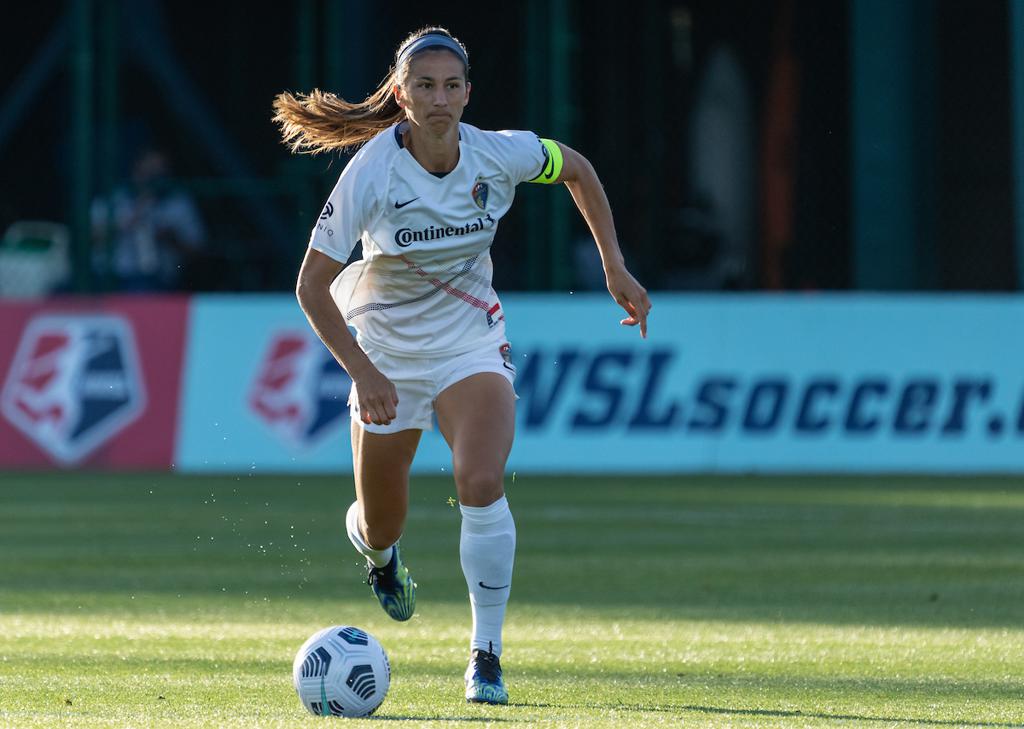 Cary, N.C. (May 20, 2021) - The North Carolina Courage will take on the Orlando Pride this Saturday, May 22 at 7 p.m. ET at Sahlen’s Stadium at WakeMed Soccer Park in their first home match of the 2021 NWSL Regular Season.

North Carolina is unbeaten in nine straight matches against Orlando, with the last three meetings ending in draws after six straight Courage wins. The Courage also remain undefeated in 23 straight home matches dating back to July 2018, and have won 11 of their last 13 matches in Cary. The two draws in that time were both scoreless matches against Orlando.

The last meeting between the Courage and Pride resulted in a 0-0 tie, after a hard-fought match in what would be both teams’ final match of the 2021 NWSL Challenge Cup. Standout defensive performances from Carson Pickett and goalkeeper Casey Murphy rendered the Pride scoreless throughout the game, as the Courage earned a point and concluded their tournament campaign with a 2-1-1 record.

Courage Captain Abby Erceg returned to the pitch last Saturday in the Courage’s first match of the NWSL regular season, after missing the entirety of the 2021 NWSL Challenge Cup due to injury. Erceg has been a pillar in the Courage backline for over four seasons, bringing an influential voice and energy with her leadership, aerial dominance and world-class defensive skill set. The 31-year-old New Zealand native has the ability to create a consistent challenge for opposing attackers, and she will be a key player in maintaining a clean sheet for the Courage.

Orlando striker Alex Morgan scored the equalizing goal against Washington Spirit last weekend in the Pride’s NWSL Regular Season Home Opener. Morgan was directly involved in half of Orlando’s 10 shots in that game, attempting three and setting up two more. The 31-year-old World Cup Champion has been a key figure in the Pride’s attack, and her speed, technical ability and hunger to drive toward the  goal will be a major test for the Courage backline.

The North Carolina Courage opened the 2021 NWSL Regular season at Cheney Stadium in Tacoma, WA, last Saturday, May 15 with a scoreless draw against OL Reign. Read the full recap here.

The Courage continue their home stretch with a match on Friday, May 28 against Racing Louisville FC at 7 p.m. ET. Returning midfielder Sam Mewis is expected to make her 2021 NWSL debut in this game. Tickets to the May 28 match are available here.