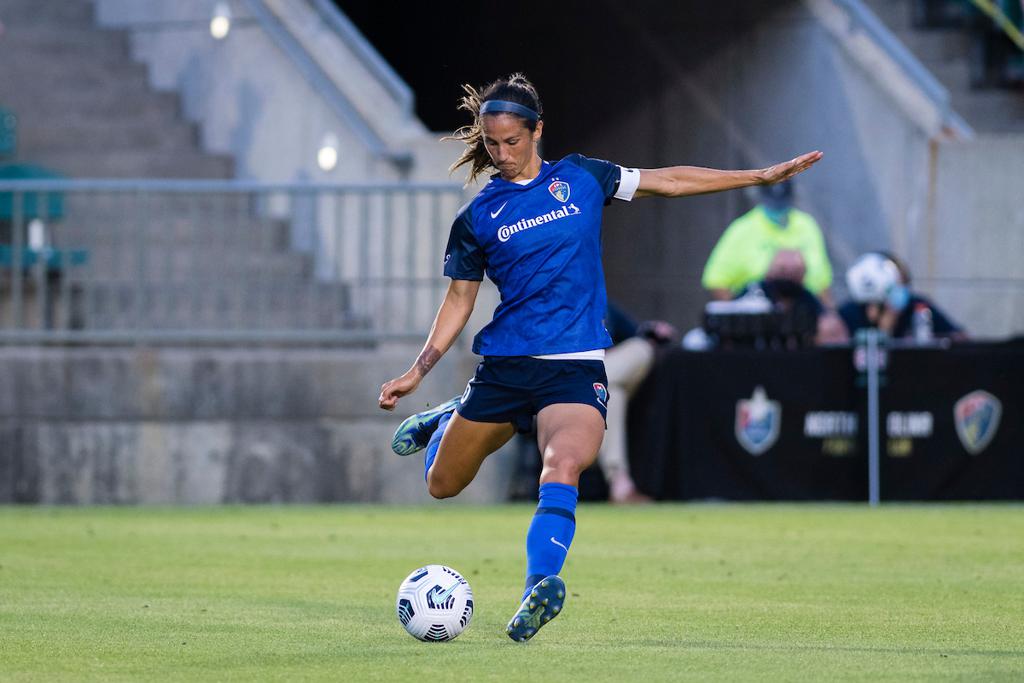 CARY, NC (June 3, 2021) - Building off of their momentum from a commanding 5-0 win over Racing Louisville FC last Friday, the North Carolina Courage will look to secure another win against the Chicago Red Stars on Saturday, June 5 at 2 p.m. ET at SeatGeek Stadium in Bridgeview, Illinois. The match will be streamed live on Paramount+.

The Courage currently sit at fourth place in league standings, behind the Portland Thorns, the Washington Spirit, and the Orlando Pride, who have all played four matches as opposed to the Courage’s three. With a win on Saturday, the Courage have a chance to edge into second place. The Red Stars currently hold the eighth place spot, having conceded seven goals in four matches played.

Lynn Williams continues to prove her value as a part of the Courage offensive line, adding a goal in their last contest against Louisville. The combination of Williams’ talent on the ball, ability to beat defenders, and vision in the attacking third makes her a dangerous opponent to any defense that challenges her. Williams will look to create scoring chances for her teammates and to add her name to the scoresheet in Saturday’s match.

In six appearances between the Challenge Cup and the regular season, Pugh has shone in the attacking third, scoring two goals and notching two assists. The up-and-coming star also recorded 51 touches, 28 passes and 75% passing accuracy in the Red Stars’ last match against the Houston Dash, commanding their offense throughout the game.

The North Carolina Courage defeated Racing Louisville FC 5-0 in a dominant performance last Friday night, with Abby Erceg, Lynn Williams, and Debinha each adding a goal apiece and Hailie Mace recording the brace. The match also marked the much-anticipated return of Sam Mewis, who appeared in the Courage lineup for the first time since signing with Manchester City in August of 2020.

Up Next: The North Carolina Courage will return home to take on the OL Reign on Saturday, June 19 at 4 p.m. ET at Sahlen’s Stadium at WakeMed Soccer Park. Tickets are available here.