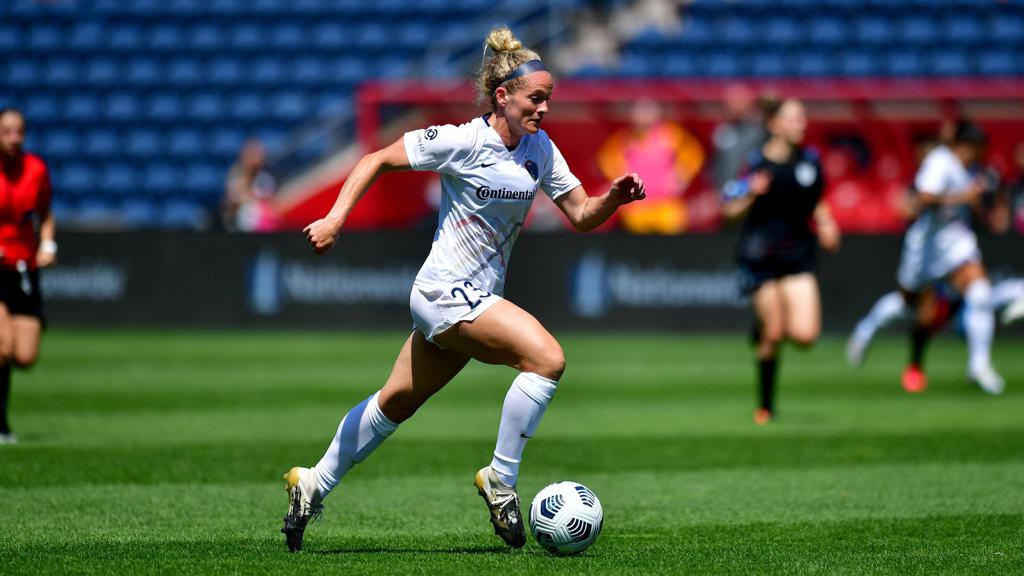 BRIDGEVIEW, IL (June 5, 2021) — The North Carolina Courage fell to the Chicago Red Stars 1-0 on Saturday afternoon, an unfortunate goal being the difference for their opponent through nearly 97 minutes of play. Though the match saw a stellar showing in goal from Casey Murphy and a strong performance from second-half substitutes Brittany Ratcliffe, Ryan Williams, Hailie Mace, Cari Roccaro and Kristen Hamilton, the Courage were unable to find the net as the final minutes ticked away. Rachel Hill notched the lone goal for the Red Stars.

The Courage will look to get back into the win column as they return home to Sahlen’s Stadium at WakeMed Soccer Park on Saturday, June 19 at 4 p.m. ET to take on the OL Reign for the second time this season. With this afternoon’s result, the Courage sit in fifth place in league standings, with an opportunity to move up the table well within reach.

The Red Stars struck first, the scoring drive beginning when Chicago was awarded a corner kick. Defender Tierna Davidson took the kick, sending in a long ball that met the head of Morgan Gautrat in the air. With a diving effort, Courage keeper Casey Murphy made the initial save on Gautrat’s attempt, but the ball was ultimately deflected into the path of Rachel Hill following a scrum in the box. Hill converted the chance at close range to give the Red Stars a 1-0 advantage.

Up Next: The North Carolina Courage will return to Sahlen’s Stadium at WakeMed Soccer Park to take on the OL Reign on Saturday, June 19 at 4 p.m. ET.

On mentality of subbing in:  “Its not ideal to go into a game down 1-0, you never want to be losing. But you know as a sub you have a limited amount of time so you have to give it everything you've got, whether it’s getting high or being aggressive with shots. I feel like the subs brought that energy because we could see what was and wasn't working from the sidelines and we were fresh. It's our job as subs to come in and make a difference."

Battle in midfield: "In the first half we struggled a little bit, we weren't ready for it and we were not really organized. It took a little time to assess what [Chicago] were doing. With that we need to adapt quicker. Second half we came out a lot stronger and had better movement. We just need to be able to change our ways a little quicker in game."

On international break: "I think a lot of us are looking forward to this coming week. We don't like going into the break with a  loss but this is our opportunity to go into this break and work really hard and fix the things we need to fix. We are excited to have that next practice to have the opportunity to get better."

On midfield battle and overall performance: "Definitely lost in the midfield today for sure. Chicago dominated the game plan, our box couldn't get on the ball. We tried to get Sam on the ball a bit more by dropping her deeper in the box. But Chicago looked really good in the midfield, they created great chances. I think it was a fair result to be honest, we created a few more chances in the second half and the subs definitely made a huge difference, but now its back to the drawing board."