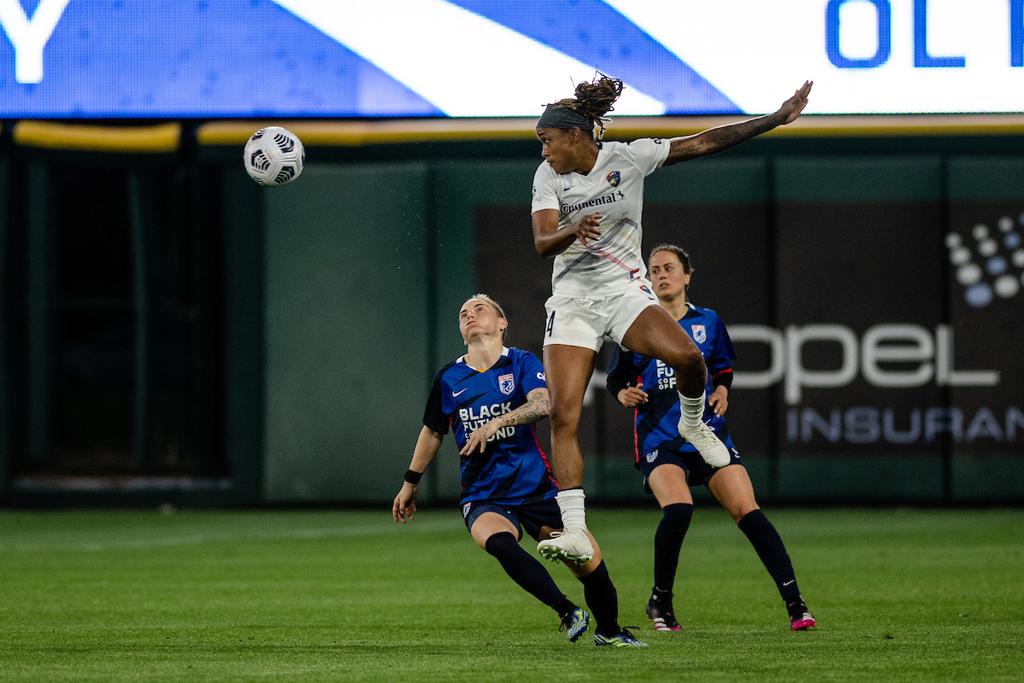 CARY, N.C. (June 17, 2021) - Following the international break, the North Carolina Courage return home to face the OL Reign on Saturday, June 19 at 4 p.m. ET at Sahlen’s Stadium at WakeMed Soccer Park in Cary, NC. Tickets are available in limited quantities here, and will be nationally broadcasted on CBS and available on Paramount+.

Several members of the Courage represented their country during the break, logging valuable minutes on the international stage. In total, six Courage players represented their respective countries -- Lynn Williams and Sam Mewis for the United States, Havana Solaun for Jamaica, Denise O’Sullivan and Diane Caldwell for Ireland, and Debinha for Brazil.

In the last matchup between the Courage and Reign, the points were shared as the contest remained scoreless through the full 90 minutes and additional stoppage time. Casey Murphy recorded her first clean sheet of the season, and despite the Courage maintaining 56% of possession and 78% passing accuracy throughout the match, they were unable to find the game-winner as the final minutes ticked away. In Saturday’s rematch, the Courage will look to come away with three points and advance up the ladder in league standings.

Where to Watch: CBS, Paramount+

Players to Watch presented by JubliaRx.com -

Since joining the Courage from the Orlando Pride, Carson Pickett has been consistent across the board -- a leader in the backline, and quick to become an integral part of an attack. Pickett will look to challenge the Reign defense and aid in creating scoring chances for the Courage in Saturday’s contest, whether that requires sending in a set piece, finding forwards in the box, or taking it in herself, fans can be confident that she will get the job done.

Assisting a goal in four appearances with the Reign, Sofia Huerta is a menacing presence up top, especially when paired with fellow teammates Tziarra King and Megan Rapinoe. Huerta will look to lead the charge in finding the net for the visitors, utilizing her passing precision and ability on the ball to create chances for the Reign -- and tasking the Courage defensive line with stopping her.

In their last match, the Courage fell short of the Chicago Red Stars, 1-0, in a hard-fought match that featured a strong showing from Casey Murphy and a stellar performance from second-half substitutes Hailie Mace, Cari Roccaro, and Kristen Hamilton. Rachel Hill logged the goal for the Red Stars. As the international break comes to a close, the Courage will look to return to their winning ways against the OL Reign this weekend.

The Courage will hit the road to face Racing Louisville FC on Wednesday, June 23 at Lynn Family Stadium in Louisville, Kentucky at 7:30 p.m. ET. They will return home for their Pride Night match on Saturday June 26 against the Portland Thorns. Tickets for that home game are available here.