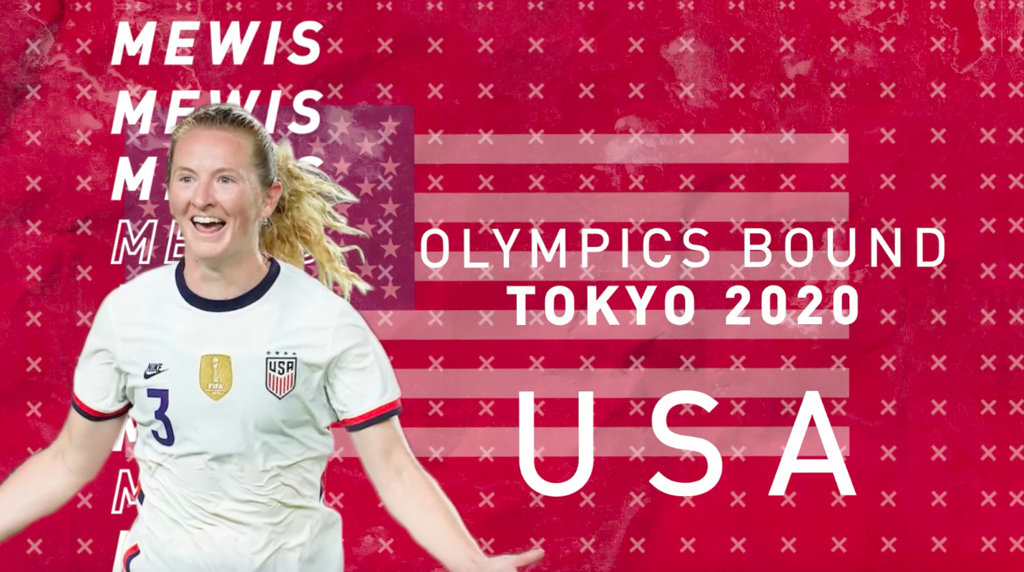 Lynn Williams named as an alternate for the U.S. Olympic roster and will travel to Tokyo for the 2020 Games

Cary, N.C. (June 23, 2021) - The North Carolina Courage are excited to announce that Sam Mewis has been named to the United States Women’s National Team (USWNT) Olympic roster for the 2020 Games in Tokyo, Japan. Lynn Williams has also been named as an alternate to the roster and will travel to Tokyo for the Olympic games.

Although this is her first Olympics on the official roster, Mewis is no stranger to representing the United States, as she has appeared in 75 matches for the U.S. Women’s National team, scoring 22 goals and assisting eight, and helping her country to their fourth World Cup championship title in 2019. Mewis was also an alternate for the U.S. in the 2016 Olympics. In March of 2021, Mewis was named the Best Women’s Player by ESPN FC, and was previously voted U.S. Soccer’s Best Player of the Year in December of last year.

Williams has made 37 appearances for the USWNT, scoring 11 goals and assisting another seven. Most recently, Williams notched a goal against Nigeria in the Summer Series to lift the U.S. to a 2-0 win in the final match of the three-game stint that took place over the international break. The Fresno, CA native is also the NWSL’s league leader in assists and is considered to be one of the NWSL’s best attacking players.

Mewis will be available for the Courage home match on Saturday, June 26 against the Portland Thorns before departing for the U.S. international friendlies against Mexico on Thursday, July 1 at 7:00 p.m. ET on FS1, and Monday, July 5 at 5:00 p.m. ET on ESPN. Williams will be available for the Courage away match on Sunday, July 4 against the Orlando Pride before departing for Tokyo. Tickets to the Courage's Olympic Sendoff Match at home this Saturday, June 26 can be purchased here.

The USWNT will kick-off their 2020 Tokyo Olympics campaign with their first Group G match on July 21 at 4:30 a.m. ET against Sweden. The U.S. will then face New Zealand on July 24 at 7:30 a.m. ET before they round out the group stage with a match against Australia on July 27 at 4:00 a.m. ET. The Olympic Knockout Round will begin with the Quarterfinals on July 30, and the Games will continue until the Final Gold Medal match on August 6.