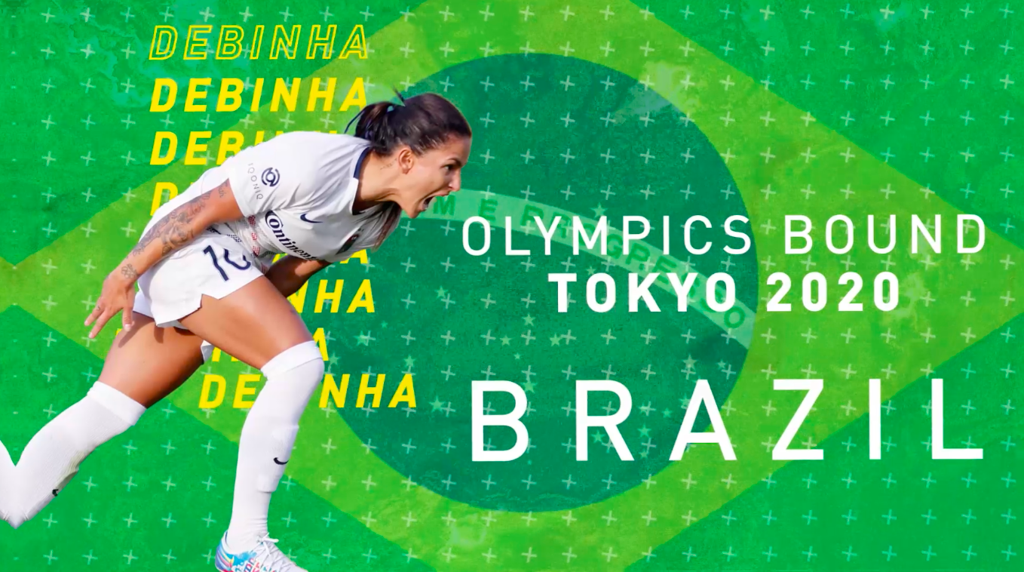 Cary, N.C. (June 24, 2021) - The North Carolina Courage are excited to announce that Debinha has been selected to represent Brazil at the 2020 Olympic Games in Tokyo, Japan, marking her second appearance on the Olympic stage. The midfielder was named as an alternate for Brazil at the 2012 Games in London but was then named to the official Brazilian Olympic roster for the 2016 Games in Rio, in which the squad narrowly missed the podium, finishing in fourth place.

The 29-year-old midfielder has been a standout player for both club and country, with over 100 caps and more that 30 goals for her Brazilian side. Highlights of her international career include appearances in the 2019 FIFA Women’s World Cup, the 2016 Rio Olympics, the Tournament of Nations and many other international friendlies and tournaments since she first debuted with the full team in 2011. On the club side, Debinha has led her North Carolina Courage team to two NWSL Championships, three NWSL Shields, and the inaugural International Champions Cup. She was most recently named MVP of the 2021 NWSL Challenge Cup Presented by Secret Deodorant.

Debinha will be available for the Courage away match on Sunday, July 4, against the Orlando Pride before departing for the 2020 Tokyo Olympics. Brazil will kick-off their Group F competition with a match against China PR on July 21 at 4 a.m. ET.  They will then face the Netherlands on July 24 at 7 a.m. ET before rounding out the group stage on July 27 against Zambia at 7:30 a.m. ET. The Olympic Knockout Round will begin with the Quarterfinals on July 30, and the Games will continue until the Final Gold Medal match on August 6.

Tickets to the Courage’s Olympics Send-off match this Saturday, June 26 against the Portland Thorns can be found here. The Courage will also celebrate Pride Night during this match, and fans can purchase a Pride Scarf + Ticket combo pack here.