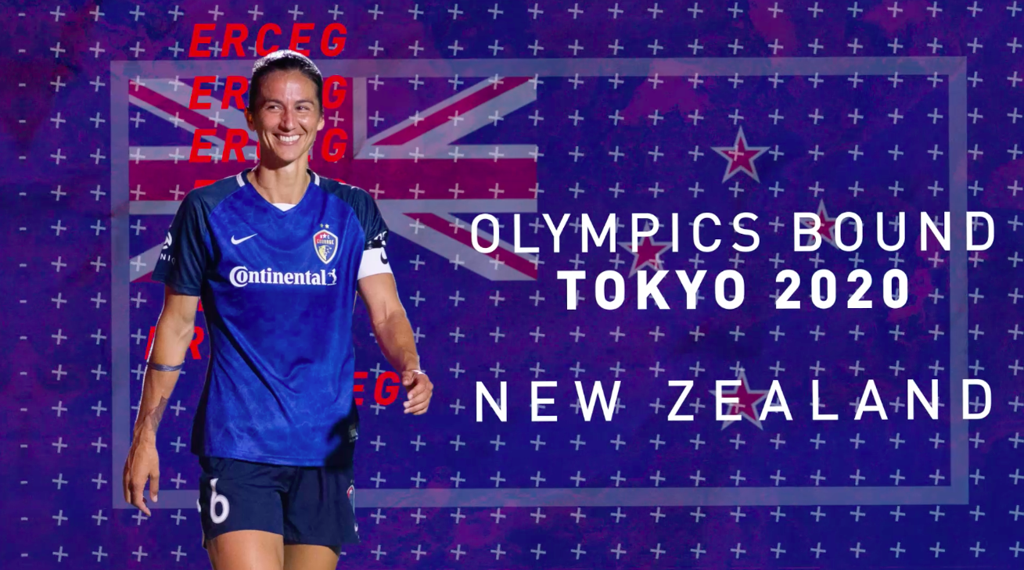 Cary, N.C (June 24, 2021) - The North Carolina Courage are excited to announce that Abby Erceg has been selected to represent New Zealand on the international stage at the 2020 Olympics in Tokyo, Japan. This year’s Games will mark Erceg’s fourth time competing on the Olympic stage, as the captain has been named to subsequent Olympic rosters for her country in 2008, 2012, and 2016. In the 2008 Games, New Zealand finished 10th overall, and improved to 8th overall in the 2012 Games. Most recently, the Kiwis finished 9th overall in the 2016 Games in Rio.

Erceg is known for her dominance and leadership in the back line for both her country, and for the North Carolina Courage. The 31-year-old center back has led the Courage to two NWSL Championship titles, three NWSL Shields and a Women’s ICC Championship. Throughout her time in North Carolina, she has recorded 73 caps, five goals, and four assists. She also won an NWSL Championship title with the Western New York Flash in 2016, prior to their relocation to Cary. In 2018, Erceg was named to the NWSL Best XI and honored as the NWSL Defender of the Year that same year. On the international side, Erceg has appeared in 141 matches for New Zealand’s national team, scoring six goals for the Kiwis.

Erceg will be available for the Courage away match on Saturday, July 10 against the Washington Spirit before departing for the 2020 Tokyo Olympics. New Zealand will kick-off their Group G competition with a match against Australia on July 21 at 7:30 a.m. ET.  They will then face the United States on July 24 at 7:30 a.m. ET before rounding out the group stage on July 27 against Sweden at 4:00 a.m. ET. The Knockout Round will begin with the Quarterfinals on July 30, as the games continue until the Final Gold Medal match on August 6.

Tickets to the Courage’s Olympics Send-off match this Saturday, June 26 against the Portland Thorns can be found here. The Courage will also celebrate Pride Night during this match, and fans can purchase a Pride Scarf + Ticket combo pack here.