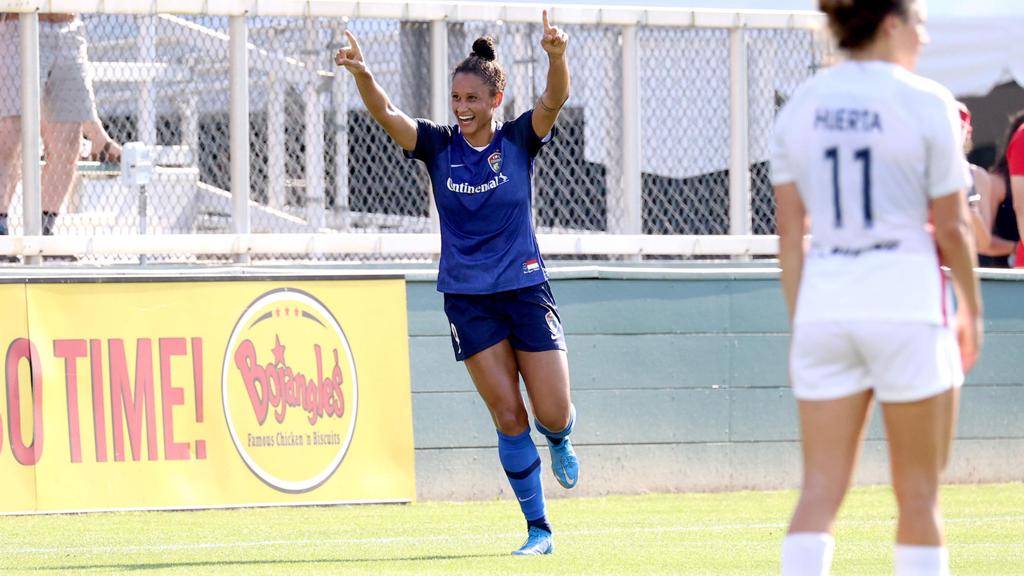 Cary, N.C. (July 9, 2021) – The IOC has announced and FIFA has confirmed that participating countries in the 2020 Tokyo Olympic soccer competitions now have the option of selecting 22 players for their squads and will be able to choose a maximum of 18 players to suit up on match days. Due the new rule on expanded Olympic rosters, North Carolina Courage forward Lynn Williams may now be selected for an 18-woman roster on a game-by-game basis, regardless of an injured player on the team.

Prior to the rule change, Olympic soccer rosters were comprised of 18 players and four alternates, with alternates only being available to be placed on the active roster in the event of an injury that ruled a player out of the Olympics. Now, all 22 players are available to the participating teams.

The new rule change provides more flexibility to coaches during a busy Olympic schedule that features frequent matches, strict COVID-19 protocols, limited rest time in between games, and the predicted weather challenges due to the heat and humidity in Tokyo.

The U.S. will kick-off their 2020 Tokyo Olympics campaign with their first Group G match on July 21 at 4:30 a.m. ET against Sweden. They will then face New Zealand on July 24 at 7:30 a.m. ET and finish the group round with a match against Australia on July 27 at 4:00 a.m. ET. The Knockout Round will begin with the Quarterfinals on July 30, as the Games continue until the Final Gold Medal match on August 6.