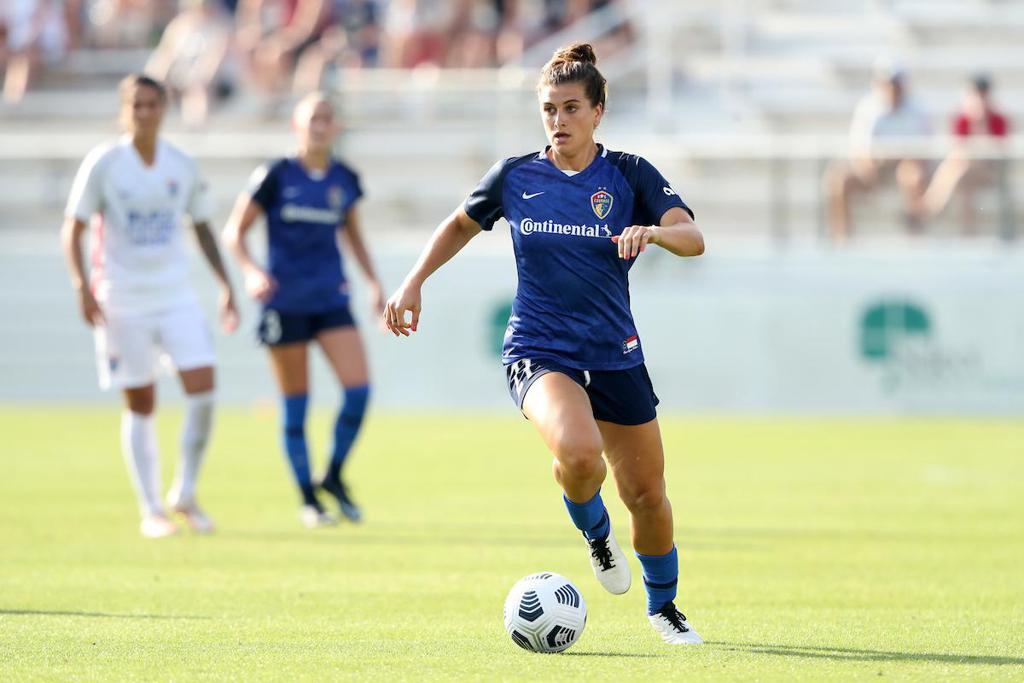 CARY, NC (July 15, 2021) - The North Carolina Courage will return home to face the Houston Dash for the first time this season on Saturday, July 17 at 7 p.m. ET at Sahlen’s Stadium at WakeMed Soccer Park. With the win, the Courage will look to add three points in order to remain in first place in league standings. As the table stands currently, the Courage, the Orlando Pride, and the Portland Thorns are all tied at 16 points apiece, with the Courage leading the league by way of goal differential.

Saturday’s match marks the first game without all of the players representing their respective countries in the 2020 Olympic Games in Tokyo. Among these players are Sam Mewis, Lynn Williams, Debinha, and Abby Erceg, and in their absence, several members of the Courage roster have the opportunity to step into a larger, more integral role on the field in the coming weeks.

Tied with two other players for the most assists in the league this season, Carson Pickett hit the ground running when she joined the Courage from the Orlando Pride in early February. In nine matches played, the defender has tallied three assists and created a number of scoring chances for the Courage. Pickett’s relentless defensive talent and playmaking abilities will serve the Courage well in the absence of captain Abby Erceg, who headed to Tokyo to represent New Zealand in the 2020 Olympic games. Pickett will look to step into a leadership role on the backline, shutting down the advances of the Houston offense on Saturday night.

Latsko added a goal in Houston’s last match, hoping to fill in the gaps in the wake of six Dash players - including Kristie Mewis and Rachel Daly, who frequently headline the Dash offense - being unavailable due to the Olympics. The forward has notched two goals in total, her first of the season being a game-winner against the Orlando Pride to springboard the Dash to a much-needed win. Latsko will look to add her name to the scoresheet in Saturday’s contest against the Courage as they work toward their fifth win of the season.

The Courage fell to the Washington Spirit, 2-0 in their most recent match, despite a standout performance from goalkeeper Casey Murphy and chances from captain Abby Erceg, Jessica McDonald and Carson Pickett. Unfortunately for the North Carolina side, the Courage were unable to erase the deficit that lingered after the first half. Ashley Hatch added both of the goals for Washington.

“We’re obviously very disappointed with that result. I think first and foremost, you have to go out and give it 100%, but I don’t think that was there from the beginning of the game,” said Denise O’Sullivan following the match. “We needed more energy from everyone, but we’ll try and take some positives from this and move on to the next game.”

Up Next: The North Carolina Courage will travel to face Kansas City on Friday, July 23 at 8 p.m. ET at Legends Field in Kansas City, Kansas.