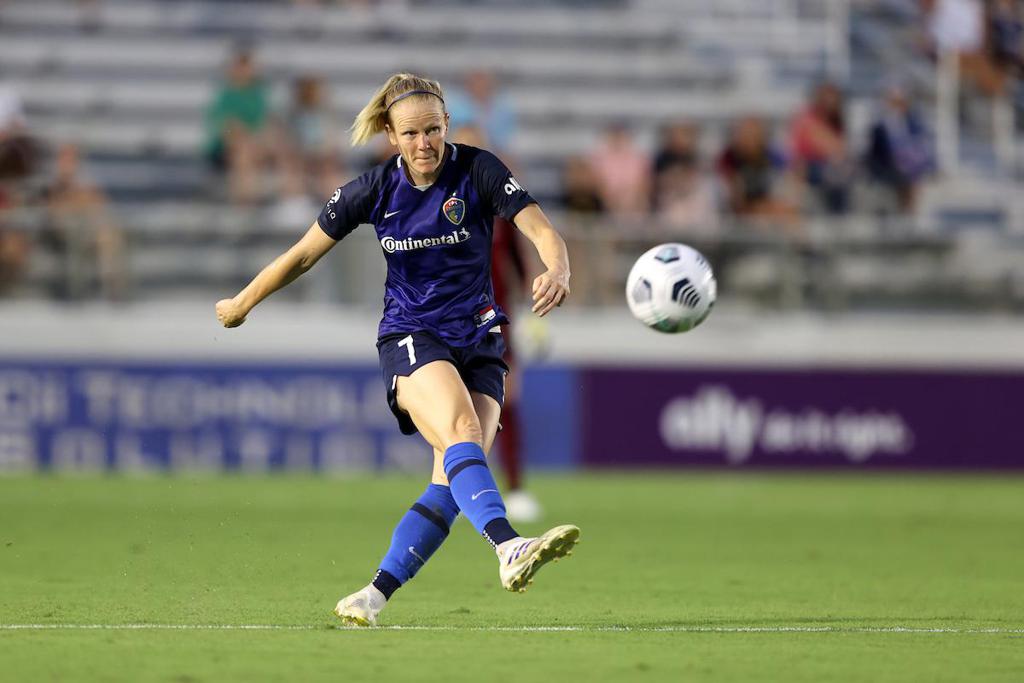 CARY, NC (July 21, 2021) - The North Carolina Courage will travel to face Kansas City for the first time this season on Friday, July 23 at Legacy Field in Kansas City, Kansas at 8 p.m. ET. Adding three points in Friday’s tilt will be vital as only three points separate the Courage, who sit in sixth place with sixteen points, from the Portland Thorns at the top of the table.

A steadfast presence in the midfield, Denise O’Sullivan makes her way around the map in every match she plays. In ten matches played, O’Sullivan has logged 861 minutes of playing time, an 88.4% passing success rate, twelve interceptions, and eight key passes. In the absence of fellow midfielders Sam Mewis and Debinha due to the 2020 Olympic games, O’Sullivan has assumed a commanding role in both the attacking and defensive third. The Irish international will look to lead the Courage to both a dominant win and three points on Friday night.

An eight-year NWSL veteran, Kristen Edmonds can play in any position on the field, and has appeared in defensive, midfield, and offensive roles throughout her season with Kansas City. Throughout eight games played, Edmonds has posted an 88.9% success rate in tackles, sixteen clearances, two blocks, and nine interceptions, as well as six shots. As Kansas City hunts for their first win of the season this Friday, Edmonds will look to play an integral role in the team’s first three points.

The North Carolina Courage fell short of the Houston Dash last Saturday, as two first-half goals were stripped away as a result of offside calls. Shea Groom tallied a goal to put the Courage at an early 1-0 disadvantage, but Kristen Hamilton erased the deficit with an equalizer in the 16th minute. Despite the hard-fought effort from the Courage on all fronts, a second-half goal from Gabby Seiler would lift the Dash to the 2-1 win.

“I thought we were really great tonight, except for the first 15 minutes of the second half – it looked like we’d stayed in the locker room,” said Head Coach Paul Riley. “In all fairness, the game should’ve been put to bed by halftime. Some might look at our performance as a poor one but I thought it wasn’t all that bad.”

Up Next: The North Carolina Courage will return to Sahlen’s Stadium at WakeMed Soccer Park to take on the Orlando Pride next Saturday, July 31 at 7 p.m. ET. Tickets are available here.