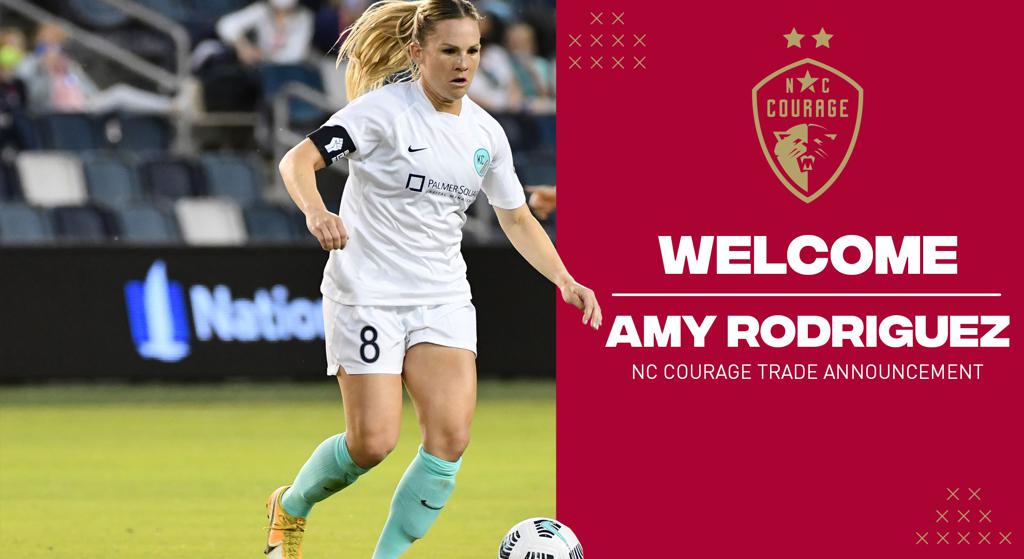 Cary, NC (July 22, 2021) - The North Carolina Courage have acquired forward Amy Rodriguez, and $60,000 of allocation money, in a trade with Kansas City for Kristen Hamilton, Hailie Mace and Katelyn Rowland.

Veteran NWSL striker, Amy Rodriguez joins the Courage with over a decade of professional and international experience. Most recently, the 34-year-old led Kansas City as one of their top scorers, with two goals in her ten appearances with the club in their inaugural season. With the Utah Royals, Rodriguez played in 47 matches and scored 15 goals in two years with the team. Prior to her time in Utah, Rodriguez led FC Kansas City to two NWSL championship titles in 2014 and 2015, and was named the NWSL Championship MVP in 2015. Throughout her career, Rodriguez has spent time with West Coast FC, the Boston Breakers, and the Philadelphia Independence where she played under NC Courage head coach, Paul Riley.

“A-Rod is one of the top forwards I’ve coached in my 30 year coaching career,” Courage head coach Paul Riley said. “She is masterful and clever in her movements and very tough to contain. Super smart, two very good feet and an appetite for goals. We feel she will be a hugely valuable piece over the next few years. Her sincerity, mentality and work ethic make her a lethal NWSL weapon. Combined with her experience, leadership, and relentless work habits, she will add to our culture and team standards. The fans will love her and they will get to know a player whose hunger and fire to perform and win is more than it’s ever been.”

Kansas City will acquire midfielder Hailie Mace, striker Kristen Hamilton, and goalkeeper Katelyn Rowland from the Courage. Hailie Mace joined the Courage in January of 2020, appearing in five matches in the 2020 NWSL Challenge Cup. In 2021, the 24-year-old midfielder appeared in six matches for the Courage, including a standout performance against Racing Louisville FC in May, scoring a late brace in the Courage’s 5-0 victory.

“Macer has the ability to make a major impact in this league and I’m convinced she will do it,” Paul Riley said. “Her strength, power and soccer intelligence puts her in good stead to be a huge contributor in Kansas City. We want to thank Macer for the effort, time and commitment to the Club and wish her tremendous success in her new endeavor”

Kristen Hamilton began her career with the Courage in 2014, when they were originally the Western New York Flash, where she played in 25 matches and led the team to their first ever NWSL championship title in 2016. When the Flash relocated to Cary in 2017 and became the North Carolina Courage, Hamilton was an integral part of the club’s near-immediate success, appearing in 67 matches and scoring fifteen goals. This year, Hamilton has appeared in fourteen matches between the Challenge Cup and the regular season, scoring three goals for the club.

“Hammer and Kate have been huge part of three NWSL Championships and three Shields,” head coach Paul Riley said. "They are the epitome of what class, culture and selflessness brings to a team. Yes, they have won a lot but I will remember the amazing contribution they made to my life. The privilege of coaching players of this ability and commitment is beyond anything you can imagine. Their development and maturity has been awesome to watch. Fabulous people and players that will continue to hone their skills at the highest level. Massive thanks for both for what they have given our club, our team, our city and our supporters. We wish them continued success and I look forward to coaching them again some place, sometime”

The NC Courage will travel to take on Kansas City on Friday, July 23 at 8 p.m. ET. The match will stream live on Twitch. The Courage will then return home to face the Orlando Pride in their third meeting of the regular season on Saturday, July 31 at 7 p.m. ET. Tickets for that match can be found here, and fans can watch the game live on Paramount+. 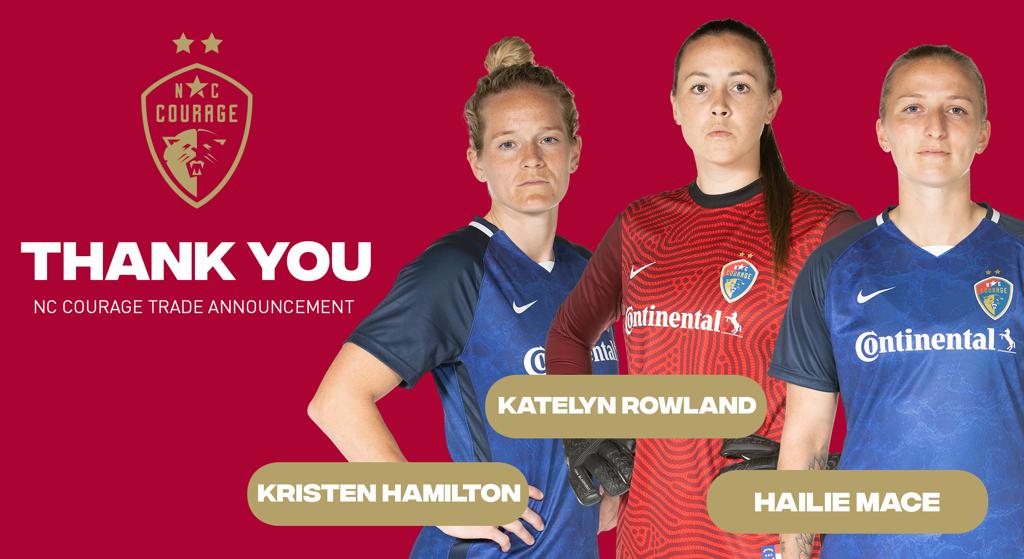