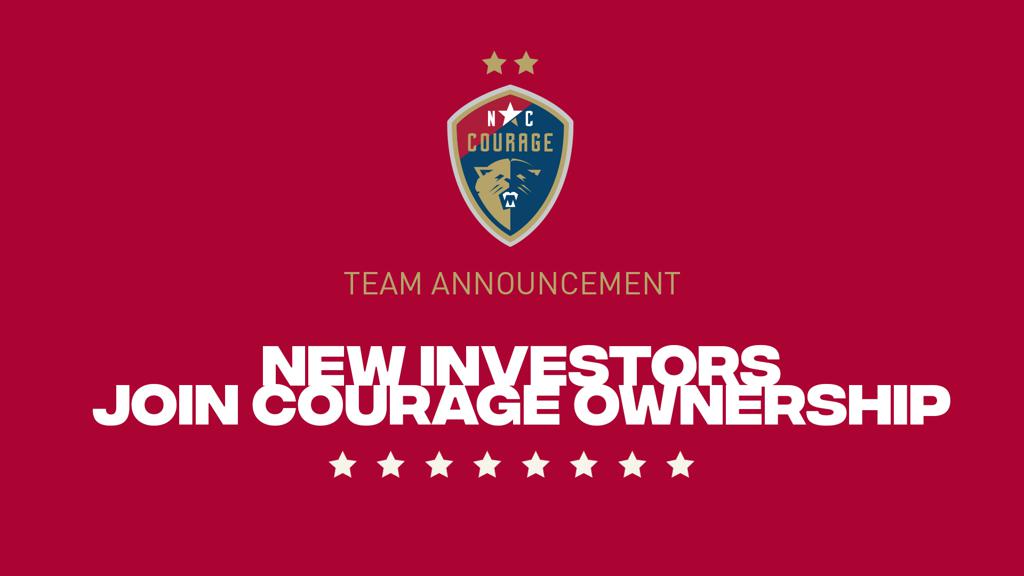 Cary, N.C. (July 27, 2021) - The North Carolina Courage is thrilled to announce an additional group of new investors joining the club’s ownership group. This new group of owners shares a commitment to growing the Courage and the National Women’s Soccer League, and supporting the organization’s efforts to create positive social change.

Much like the additional investors announced earlier this season, this group continues to be a diverse and talented collection of achievers across a variety of industries. The club is proud to welcome the following individuals and entities to its ownership roster:

The North Carolina Courage is proud to have a well-rounded ownership group that includes current and former professional athletes, a leading regional media company, local/national/international business executives, medical doctors, philanthropists, and distinguished entrepreneurs who reflect the passionate and diverse fanbase of the club and the soccer community as a whole.

“I am so proud to welcome this incredible group of investors to the Courage ownership,” Steve Malik, owner and chairman of the North Carolina Football Club said. “They all bring such unique perspectives and backgrounds, while still perfectly aligning with the goals of the club – to invest in the future of the women’s game and promote positive social change now, and for generations to come. I am thrilled to collaborate with such a talented and diverse group of individuals, and I look forward to seeing the positive impact they will each have on the club.”

The Courage ownership group now includes the following (the newest members are in bold):

About the North Carolina Courage:

The North Carolina Courage are the back-to-back champions of the National Women’s Soccer League (NWSL), the highest division of women’s professional soccer in the United States. Formerly the Western New York Flash, Steve Malik relocated the team to North Carolina in 2017 and named the team the North Carolina Courage, giving a nod to the Carolina Courage of the WPS, the first professional women’s soccer team in the state. Highlights of the Courage successful history include winning two NWSL Championships, three-consecutive NWSL Shields and the 2018 Women’s International Champions Cup. Led by two-time NWSL Coach of the Year, Paul Riley, the Courage roster has featured local North Carolina talent, international stars, World Cup Champions, and Olympians.

The Courage return home for their next match on Saturday, July 31 against the Orlando Pride. Tickets for this match up can be found here, and for more information on NC Courage season tickets, click here.