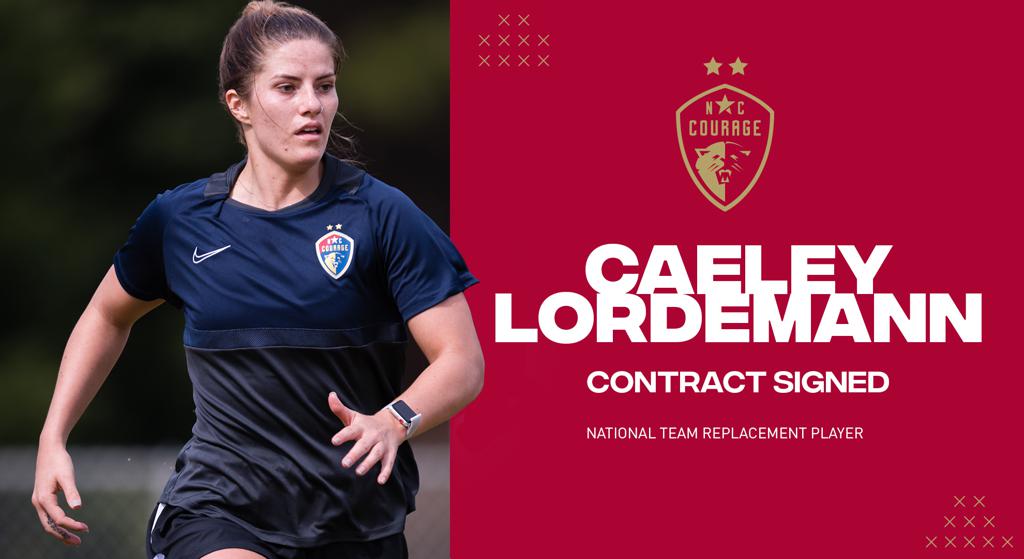 The Greeley, CO native trained with the Courage in March 2020 before signing her first professional contract with Santa Teresa Club Deportivo, a professional soccer team in Badajoz, near the Spanish and Portuguese coast. With Santa Teresa, Lordemann appeared in 28 matches for a total of 1,788 minutes.

Prior to her professional career, Lordemann played at Creighton University during her freshman year before transferring in 2017 to join the roster at Colorado State University.  Throughout her three-year career with the Rams, Lordemann logged 44 points and scored 19 goals, eleven of which came during her senior season and seven of those being game-winning goals. The midfielder also recorded the fourth-most minutes played with 5,220 minutes, and held five career records and ten single season records by the end of her senior year. Lordemann also helped lead the Rams to their first-ever Mountain West Soccer Championships and the best record in program history.

The North Carolina Courage will return to Sahlen’s Stadium at WakeMed Soccer Park to take on the Orlando Pride on Saturday, July 31 at 7 p.m. ET. With a win in Saturday’s contest, the Courage have the opportunity to advance into second place in the table. Tickets are available for purchase here.