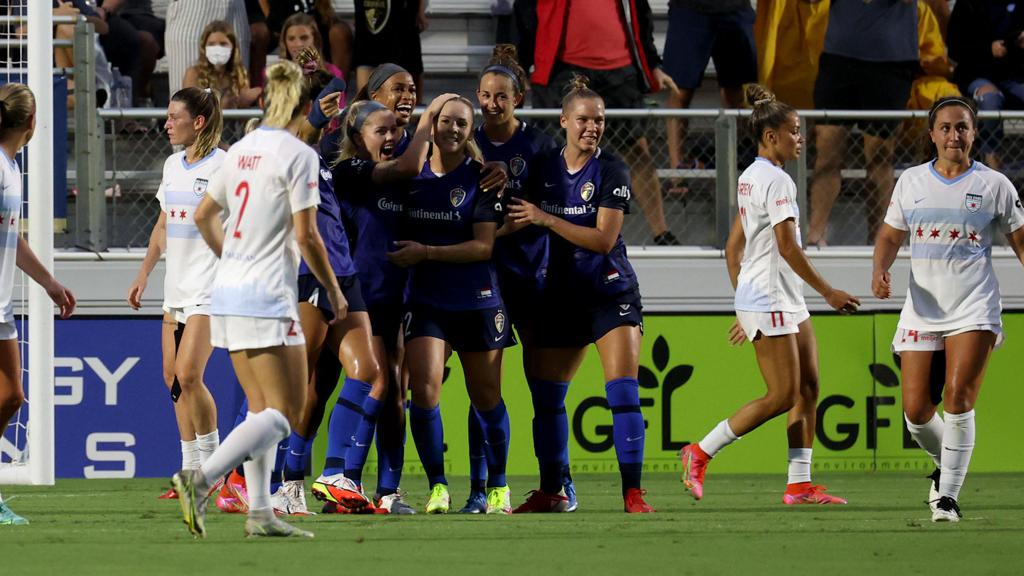 Cary, NC (Aug 15, 2021) - The North Carolina Courage defeated the Chicago Red Stars, 1-0, in front of a home crowd Sunday night. With this victory, the Courage remain in second place in league standings, and shrink the gap between top team, Portland Thorns, to five points. Sunday’s match featured a huge performance from Casey Murphy, bringing about her sixth clean sheet of the season, as well as a first Courage goal for Amy Rodriguez.

The Courage took the lead late in the first half after a handball in the box from Red Stars’ defender Kayla Sharples led to a penalty kick. As soon as the kick was awarded, Amy Rodriguez didn’t hesitate to confidently place the ball on the spot, and hit it high and hard up the middle leaving the Chicago Keeper Emily Boyd with no chance.

“It’s such a privilege to score, let alone play for this club,” Courage forward Amy Rodriguez said following the match. “I have all of my teammates behind me to thank, because they raise my level immensely and make me a far better player. This team has a championship mentality. It’s been clear from the day I showed up that they do things differently here, and you don’t accomplish the things that they have without that mindset.”

“I thought our first half performance was good,” Head Coach Paul Riley said. “We lost some focus a bit in the second half and Chicago caused us a lot of trouble in the last 15 minutes, but we’re happy with the points and know we have some things to work on before our next match.”

The Courage found the first tally of the night through an Amy Rodriguez penalty following a handball by Kayla Sharples. Rodriguez went for power up the middle and sent the goalkeeper the wrong way for her first NC Courage goal.

Next Match: The Courage remain at home for their next match against Kansas City on Saturday, August 21 at 7 p.m. ET. Tickets available here and the game will air live on Paramount+.